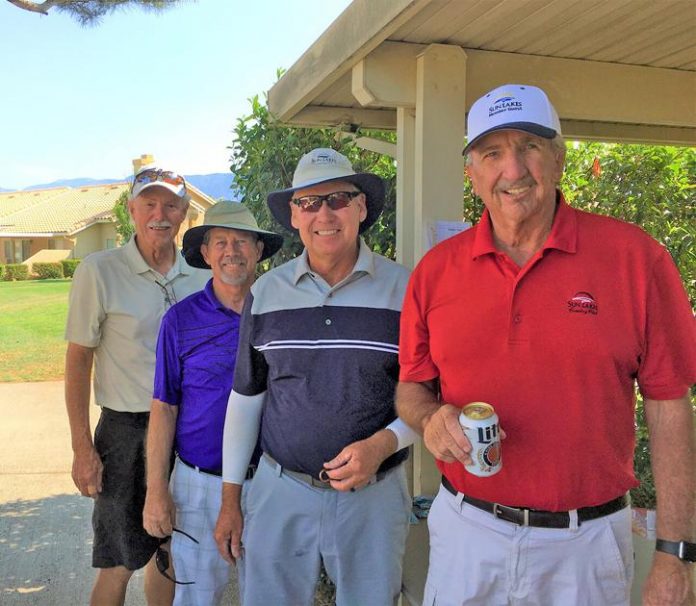 From July 23 to August 6, various clubs will host events where gold, silver, and bronze medals will be awarded to the winners, entertainment and refreshments.

Two of the golf clubs left the competition behind and held their events a week early. On Wednesday July 14th, Sun Lakes Men’s Golf Club hosted a tournament closest to the pin event during its regular weekly game. The three players on each flight who were closest to the pin on hole number five will each receive a medal.

As a special treat there were beer, soft drinks and snacks at the intersection on the route. It was a wonderful day, the turnout was high and twelve golfers will take some hardware home with them!

The Saturday morning golf group held a “Luck of the Die” tournament on July 17th on the Executive Golf Course with an enthusiastic turnout.

Before the start of the game, each team member was assigned a number from one to four. After all players were hit from the tee, the team captain rolled a large felt cube to determine whose drive to choose. However, if the numbers five or six were rolled, the team could choose the best tee for themselves.

After the drive was selected, a “Best Ball” format was played until the ball was in the cup. There was also a “circle hole” and two “proximity to pen” competitions. Everyone was enthusiastic about the format and the first second and third place winners will pick up their medals next month.