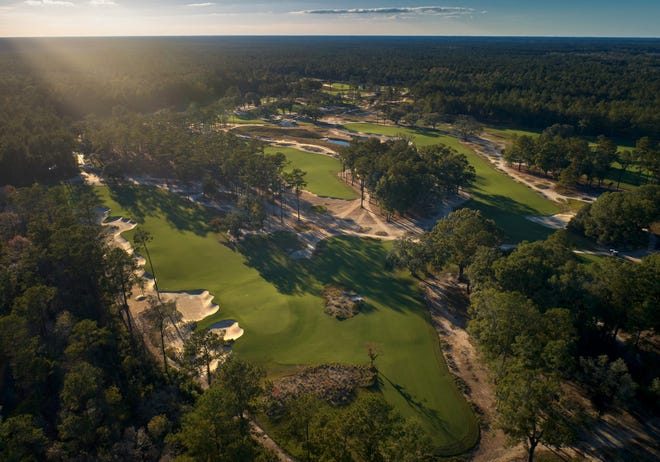 Several Lowcountry golf clubs were represented this week on Golfweek’s list of the Top 200 Modern Courses in the U.S.

Of 16 courses in South Carolina that made the list, nine are located in Beaufort and Jasper counties. Golfweek defines modern courses as those that were built in or after 1960.

The top local course on the list is Congaree Golf Club, founded in 2017 by billionaires Dan Friedkin and the late Robert McNair. Congaree was built on a former 18th-century rice plantation off U.S. 278 near Gillisonville in northern Jasper County.

Designed by Tom Fazio, the course played host to a PGA Tour event last year. The Palmetto Championship at Congaree was a one-time replacement event for the RBC Canadian Open amid the COVID-19 pandemic.

Colleton River said its Dye Course has hosted the South Carolina Amateur, the 2015 U.S. Junior Amateur, and qualifiers for the U.S. Open and U.S. Amateur. It was featured in the movie “The Legend of Bagger Vance.”

“Nicklaus tempts you throughout, providing glimpses of the marsh on the front nine before finishing the round in dramatic fashion exposed to the winds and scenic vistas provided by the Colleton River,” it says.

“Woven throughout the May River Forest are 7,171 yards, with several holes on the banks of the river,” Palmetto Bluff says of the course.

Secession Golf Club in Beaufort comes in at No. 81 on the list. Okatie’s Old Tabby Links on Spring Island is at No. 110 and Chechessee Creek Club is at No. 167.

Golfweek said its course-ratings panel includes hundreds of members who “continually evaluate courses and rate them based on 10 criteria on a points basis of 1 through 10.” Courses must have a minimum of 25 votes to make the list.