On the fairway: Shaker Ridge will host the NYS Men’s Mid-Amateur Championship 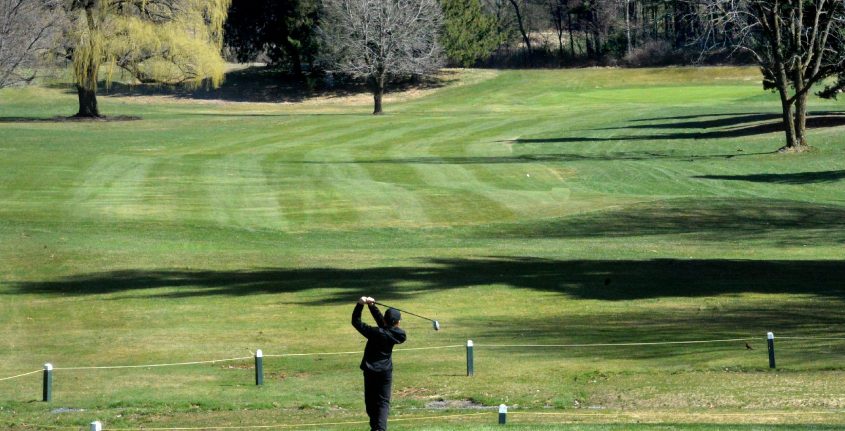 The New York State Golf Association hosted two other major tournaments in the area this summer – the NYS Men’s Amateur at Schuyler Meadows and the NYS Senior Women’s Amateur at Pinehaven Country Club.

NYS Men’s Mid-Amateur was created for men aged 25 and over. That excludes the young college-aged players who typically dominate the NYS Men’s Amateur. Another difference with this event is that it takes place on a weekend rather than during the week to cater to players who have jobs and are struggling to get free. There’s a cut on the low 60 and ties after 18 holes and another cut on the low 30 and ties for the final round.

On Wednesday there will be one last qualifying game at the Mohawk Golf Club.

Shaker Ridge CC has long been considered one of the top courses in the region. It was founded in 1929 and was originally designed by Jim Thompson and remodeled by Stephen Kay and Doug Smith. The course has hosted many major events over the years including a former NYS Mid-Amateur, the NYS Junior Championships, the PGA Empire State Open, and the Ellis Hospital Skins Game, which featured PGA Tour players like Arnold Palmer Lee Trevino, Fuzzy Zoeller and John Daly, among others.

CHIP SHOTS
Kennedy Swedick won the Drive, Chip & Putt Subregional Qualifier this week. If she wins the upcoming TPC River Highlands regional tournament, she will earn her second appearance at the national drive, chip and putt event at the Augusta National Golf Club, home of the Masters.

Colonie G&CC is hosting the annual Capital Region Golf Championships on Saturday. There will be gross and net splits.

SUNY Cobleskill newcomer Ethan Straub was named both North Atlantic Conference Golfer of the Week and Rookie of the Week after winning the Sage College Gator Fall Invitational with 3 over par 75 at Colonie G&CC.

The Normanside 2-Man Invitational will take place from October 2nd to 3rd at the Normanside Country Club. The entry fee is $ 300 per team and includes golf and cart. There are two divisions: Open and Senior (from 55 years). The format will be better ball of partners. Contact Normanside CC (518-439-6204) for more information.

Local club professionals will compete against each other in one of their multi-day major championships when the NENY PGA Match Play Championship takes place on Tuesday and Wednesday at Normanside CC.

Brad Gardner, Head Pro at Edison Club, has played 384 holes and raised over $ 55,000 in his annual golf marathon for the Folds of Honor last week. His grand total for four years is now more than $ 160,000.

Daniel DeNyse won his second consecutive Rensselaer County Men’s Amateur Championship at Frear Park in Troy this weekend with a two-day score of 142. Multiple champion David Arakelian captured the Senior Division with a 146. The tournament had more than 180 participants.

The Bill Moll Triple Play Championship 2021 takes place on September 27th at the Eagle Crest Golf Club. Two-person teams will compete against each other in nine holes in scramble, Chapman alternative shot and best ball format. The entry fee is $ 240 per team. The team can consist of two amateurs or one amateur with a professional. The deadline is Monday.

Meanwhile, Eagle Crest GC is hosting its 31st annual Scramblemania on October 8th at 12 noon. The cost is $ 95 per player and includes golf, cart, beer, soda, pie, and chilli all day during the game, appetizers, dinner, and post-tournament dessert. There will be team gross and net prices as well as a skins game. The team handicap is based on 10% of the total team handicap. All players must have a verifiable handicap in order to qualify for net prizes. Entry deadline Oct. 2

There are three more major events planned for the Schenectady Municipal Golf Course this season. The mayors’ tournament is on Tuesday with a shotgun launch at 9 a.m. It will be a 9-hole event. The League of Champions tournament is scheduled for October 1st to 3rd with individual eliminations. The Bob Haggerty Two-Man Championship is for the 9-10. Scheduled for October with an entry fee of $ 150 per person. The entrance fee includes a cart, lunch on the first day and dinner on the second day. Call Schenectady Municipal at 518-381-3155 for more information.

Rotary clubs from across the capital region are sponsoring the 23rd annual Gift of Life International Golf Tournament at Pinehaven Country Club on Monday. The proceeds help bring children from around the world to Albany Medical Center for necessary pediatric heart surgeries that cannot be performed in their home countries. To register to play or sponsor the event, visit www.gifttolife7190.org or call Richard Suker at 518-858-8839.

HOLES IN ONE
Mike Cantor used a 5-wood for his hole-in-one on the 172 yard 12th hole at Shaker Ridge CC.

At Cobleskill G&CC, Jason Dannible cracked the second hole and Aidan Scofield scored a hole-in-one on the 10th hole.

Ted Dandrow’s ace at Stadium Golf Club was completed with a 7-iron on the 118-yard 15th hole.

EAGLE
Todd Stewart punched a 9-iron from 140 yards to hit the first par-5 hole in the Big Bamboo League at Orchard Creek.

At the Mechanicville Golf Club, Shea Bromirski captured the fourth par-5 hole and hit it with a 7-iron in two.

← Things to do in Cincinnati this week: Sept. 20-26 Portland Classic washed out by LPGA Tour, cut to 54 holes →