Paul Casey: “I will have a really good time” 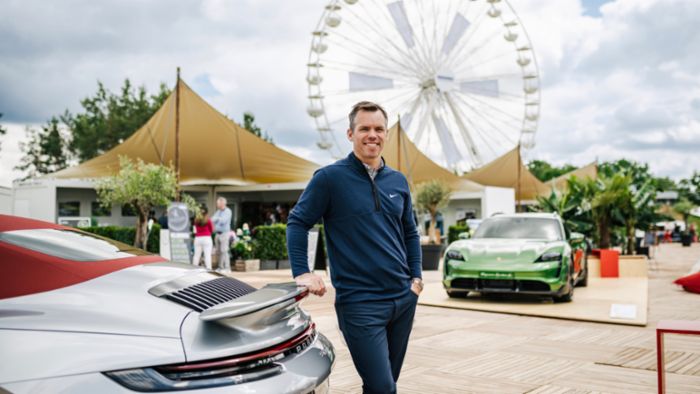 Paul Casey, the Porsche Brand Ambassador and winner of the 2019 Porsche European Open, has travelled from Scottsdale, Arizona to Hamburg despite an injury to support the Porsche family and the tournament. In an interview, he speaks about his new role, his bond with Porsche, the thrill at seeing new sports cars and the possible reasons behind the run of English wins on the Porsche Nord Course.

Paul Casey, this week you’re finding out about a golf tournament from a different angle. What does it feel like?

Paul Casey: It’s strange that I’m outside the ropes. It’s the first time I’ve come to a golf tournament and not actually played. Getting on the plane without golf clubs was also strange. I didn’t really know what clothes to pack. As a golf pro, it’s always pretty clear. But at the same time, it’s all very exciting and I love the fact that I’m here. Even so it’s a real shame my back has forced me to take a break.

What was the deciding factor in you travelling to Hamburg from Arizona despite the injury?

Casey: As a starter, I’ve really missed being at golf events in the past few weeks. And I feel like I’m a part of the Porsche family, the brand is very important to me. For me, it’s also important to support this tournament both as a Brand Ambassador and as the 2019 champion. It’s nice soaking up the great atmosphere here. There are so many reasons for being here. I love seeing the fans, and naturally for me as a Porsche fan, it’s great to touch and feel the cool cars. For example, the new 911 Sport Classic is incredibly beautiful. 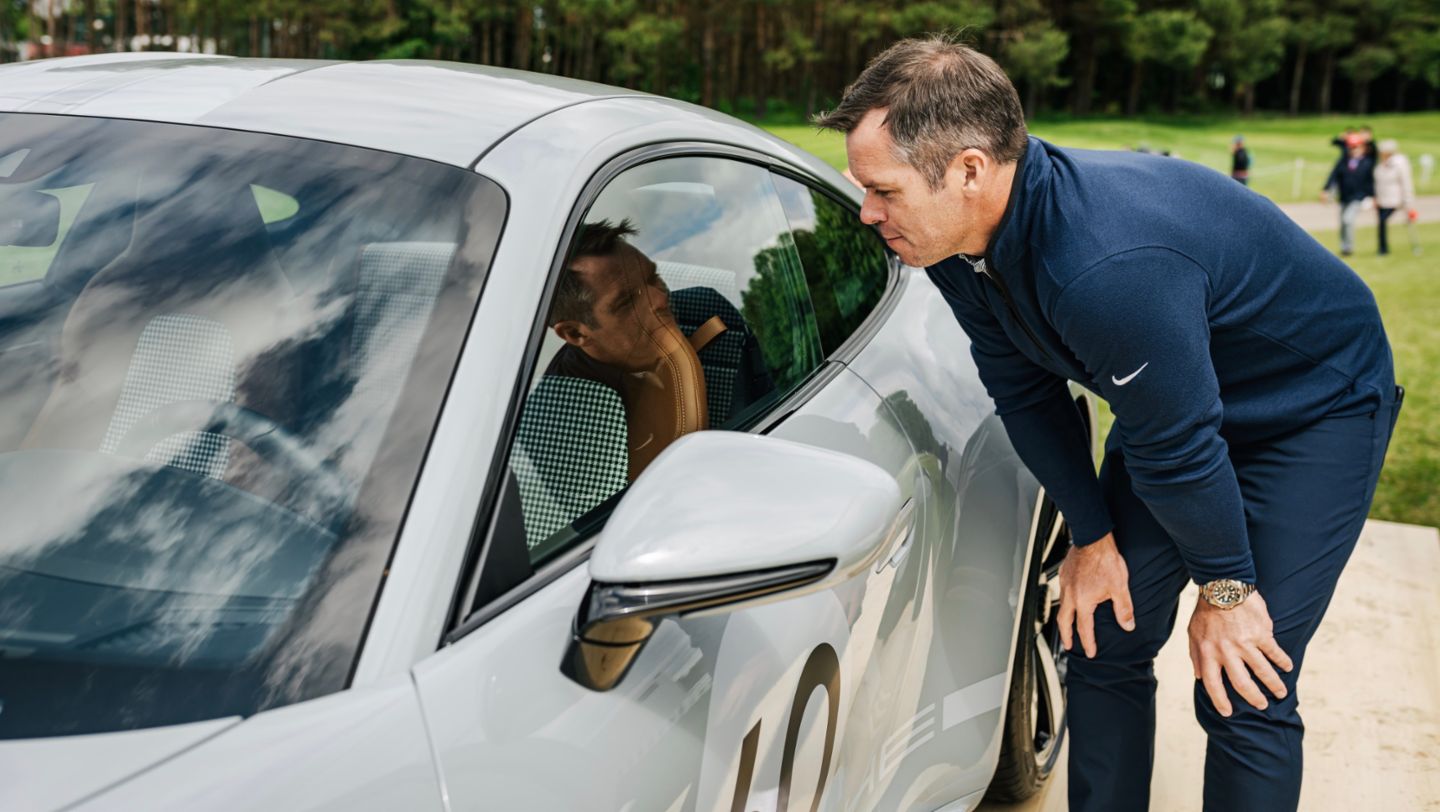 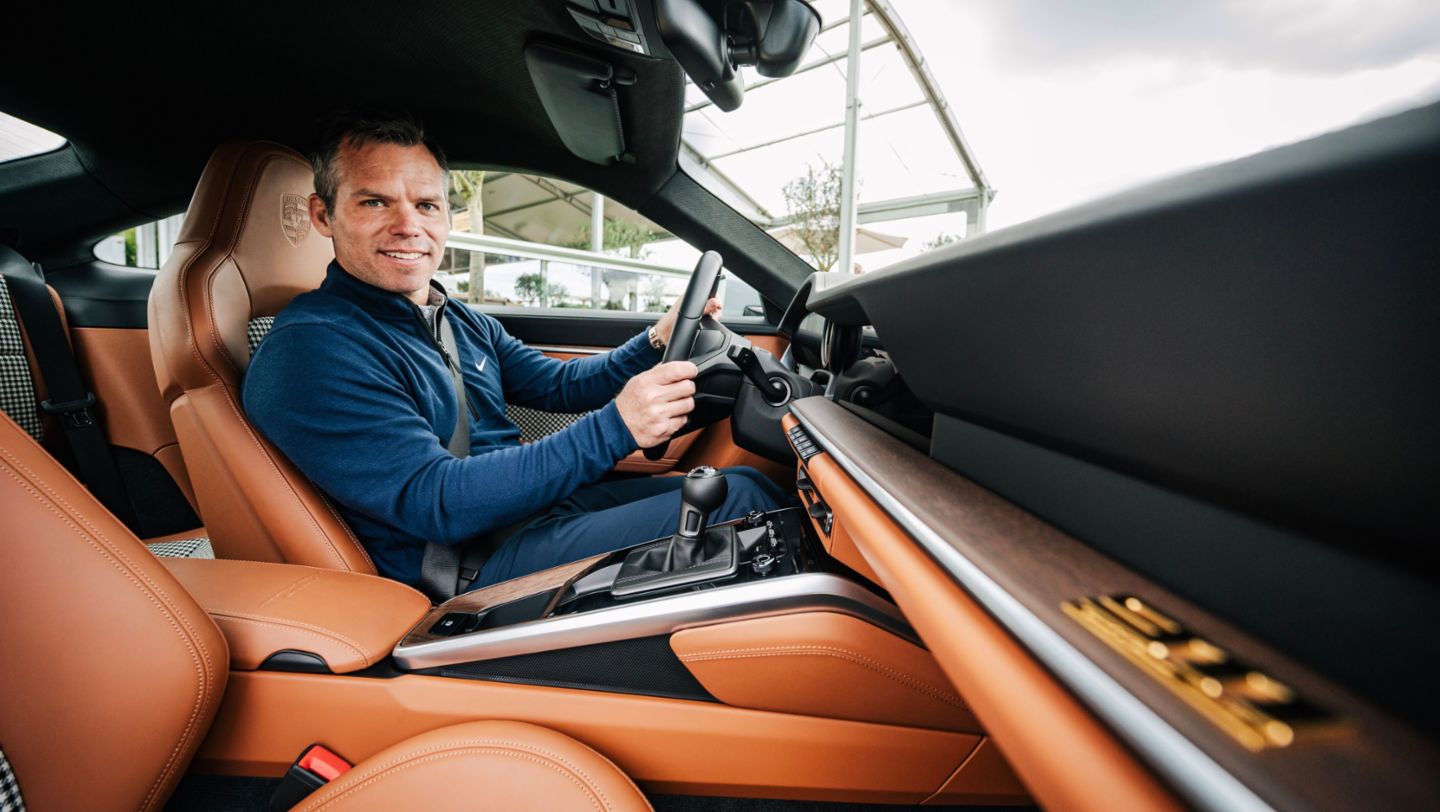 What are you particularly looking forward to?

Casey: I was hoping to drive the new 911 Sport Classic, but I don’t think it’s going to happen (laughs). It’s on display right next to the 18th green. I can’t wait to get in the TV booth co-commentating for the international TV signal on Saturday. I’ll also be taking a close look at the many new Porsche cars. For me, it’s nice to catch up with some friends – players, tournament guests or event officials. One thing is for sure, I’m going to have a great time.

You hold the record here for the best winning score on the Porsche Nord Course. What would you say to other players if they wanted to know what they should look out for?

Casey: This course is a very good test. There are a lot of things that you need to do well. You have to be a good ball striker. You have to drive it well and be long and straight because of the high rough and all the water, and the wind often also swirls across the course. The right strategy is very important. Only those holding their nerves on the tough final holes that I love and those making the right decisions will have a chance. 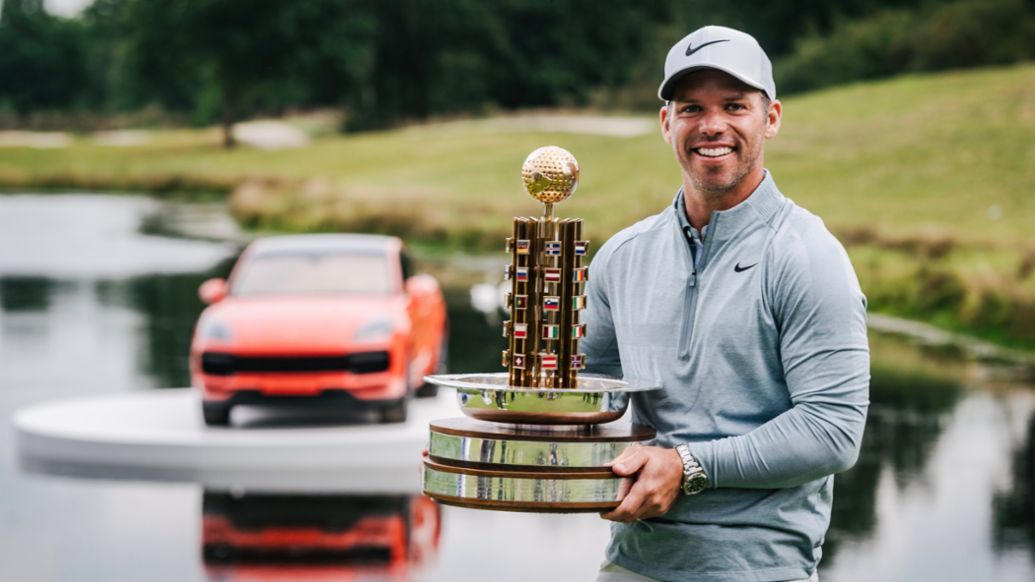 If you had to predict a winner?

Casey: I have no allegiance. An Englishman would fit the series of English winners. As far as I know, four Englishmen in succession have won this tournament.

What is the reason in your mind?

Casey: As the tournament was often held in England since its inception in 1978, English golfers have known the event for a long time. We perhaps are more aware of the great names on the trophy: Sir Nick Faldo, Sandy Lyle, Bernhard Langer – perhaps it resonates more amongst the English players. But to be honest, the winner is one thing. What’s most important for me is that everybody can enjoy a super golf event and I can be a part of everything. 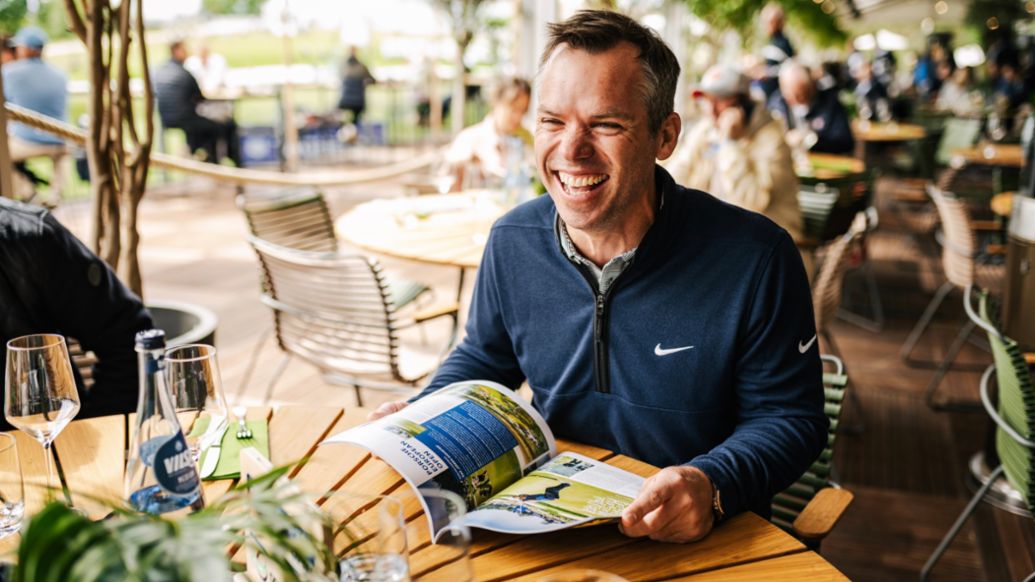 Porsche has been the title sponsor of the Porsche European Open, a DP World Tour event, since 2015 and the automobile manufacturer expanded its involvement in professional golf with automotive partnerships at tournaments on the Asian and the DP World Tour since 2019. Porsche has also been organising the Porsche Golf Cup for more than three decades. The tournament series is one of the company’s most successful customer events. Held for the first time in Germany in 1988, the Porsche Golf Cup has developed into an international event in which over 17,000 Porsche customers recently took part in 261 worldwide qualifying tournaments. Also highly successful is the Porsche Golf Circle, an international community for keen golf-playing Porsche customers that was launched in 2017. The Porsche Golf Circle now has about 4,000 members. Paul Casey has been complementing the Porsche family as the first Brand Ambassador from the game of golf since 2020.