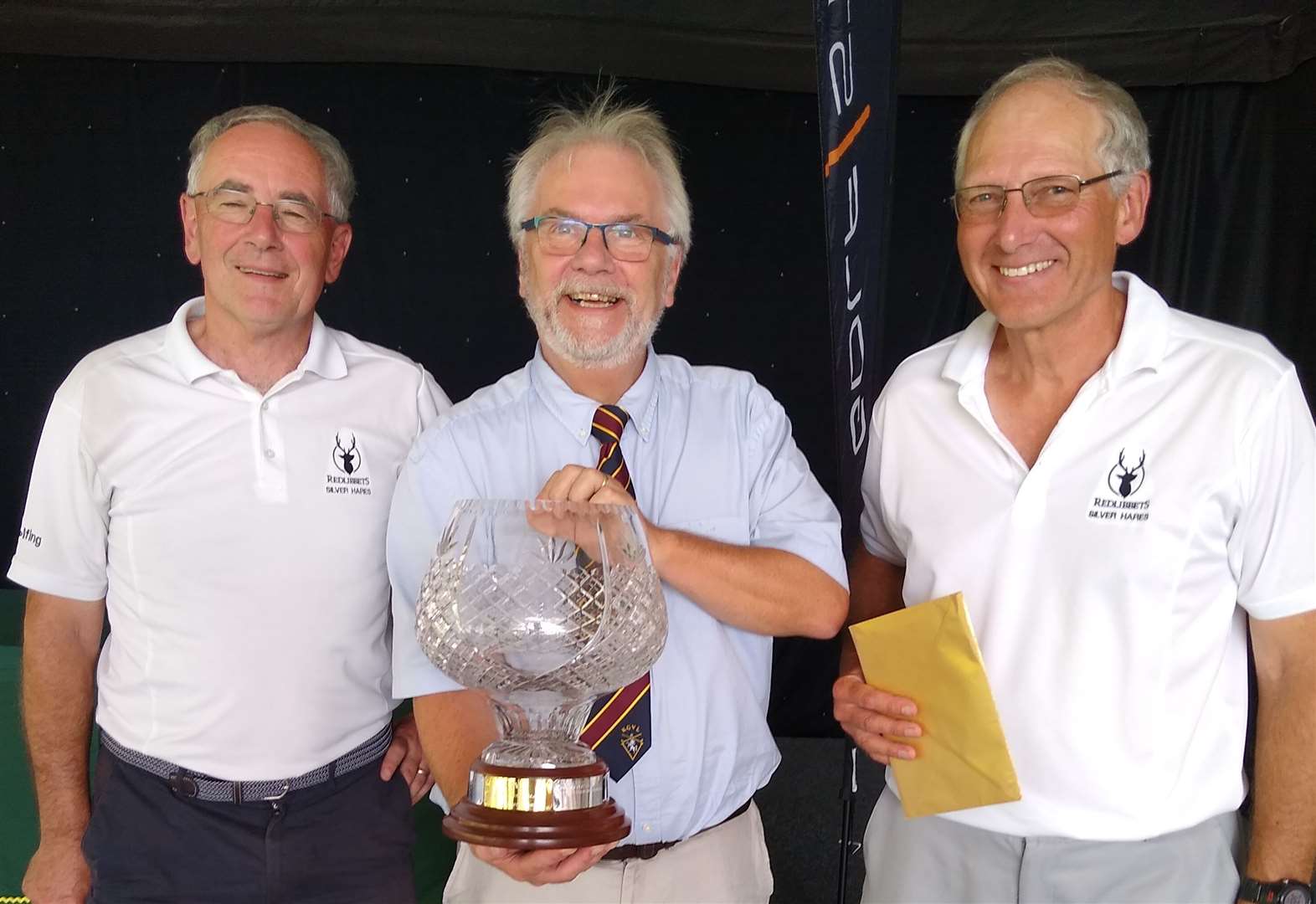 The Kent Golf Veterans League has concluded its annual Pairs Championship with the winners of Redlibbets Golf Club.

44 teams from all over the region competed in Broome Park for the so-called Golfstream Challenge Trophy.

Eventual winners Andy Burton and David Fowler of Redlibbets finished the race with an excellent 44 points, two ahead of their closest rivals.

The delighted winners were presented with the crystal trophy and £ 200 voucher by Derek Richford, managing director of event sponsor Golfstream.

Dave Jessop and Tony Hastings of Rochester and Cobham were rewarded with second place ahead of the home side of Tony McIntyre and Jimmy Miller after a countback was required to separate the two teams.

Mr Richford said: “So many players fighting for this year’s doubles championship is testament to the great reputation this league has with players in the south east of England.

“We are happy to support the Kent Golf Veterans League, congratulate all participants and look forward to new candidates next year.”

KGVL Secretary Barry Sweetman added: “It was an extraordinary day, played in the true sense of golf and we have some worthy winners who triumphed with impressive scores.

“A countback to determine the second and third place shows the quality of the golf played.

“These days can only be achieved through the enthusiasm shown by hundreds of senior golfers across the country, the understanding and hard work of the hosting clubs, and the extreme generosity of our sponsor Golfstream Ltd.

“On behalf of KGVL, I would like to personally thank everyone involved.”

The next event on the KGVL calendar is the Singles Championship at Canterbury Golf Club, which takes place tomorrow (Friday).

← Whitstable Golf Club - The Suttle approach! So Yeon Ryu is rejuvenating after a month-long sabbatical | LPGA →