S. Korean golf club that uses Japan-made golf carts known as hypocrites to restrict the use of Japanese cars 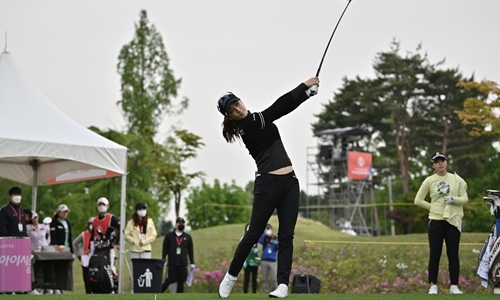 A South Korean golf club that uses Japanese golf carts has been labeled a hypocrite after announcing that customers arriving in Japanese cars like Toyota, Lexus, Honda and Infinity will be banned from parking or cart facilities starting next year.

The policy to be implemented by the Anes Ville Country Club in Gimje in the province of North Jeolla is said to commemorate the victims of the Koreans during the Japanese colonization.

According to a message from the Anes Ville Country Club, they want to honor the deeds of their ancestors in the fight against the persecution of Japanese imperialism in order to protect South Korea and pass on freedom to future generations.

But if you drive Japanese cars, you can still play golf there.

The golf club continued to ask our customers to support their movement and belief, and criticized Japan for distorting history and apologizing to the Koreans.

The announcement met with mixed reactions from South Koreans.

One commented online that it was a company’s prerogative to refuse to host a customer.

Some say the anti-Japan policies are skewed, unreasonable, hypocritical and unfair to customers who drive Japanese cars.

Some called the anti-Japan boycott of Anes Ville as hypocritical as it uses Japanese-made golf carts with their logos removed.

Others asked if the boycott applies to cars only, or if it includes golf clubs, golf apparel and golf bags from Japanese brands.

One described it as “a very patriotic marketing gimmick”.

Someone has also raised the issue of the legality of restricting access to a facility for the use of products made in a particular country.

An official responsible for the registration and administration of golf clubs with the North Jeolla provincial government said there was no clause in the Sports Facility Administration Act to justify the bill.

According to the current sports facility management law, public golf courses are available to everyone in the order of reservation and arrival.