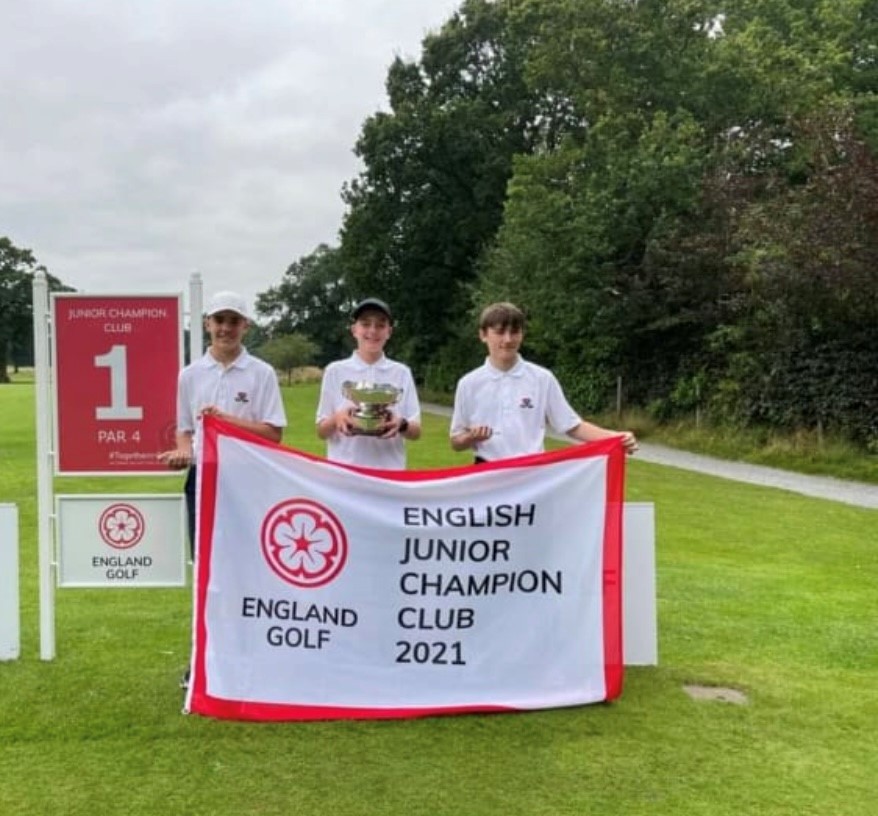 RAMSIDE HALL was named England’s Golf’s Junior Champion Club for 2021 after three of its young members triumphed in a national competition.

Ramside’s team of three, comprised of Thomas Southwell, Hayden Pragnell and Jamie Jopling, defeated 25 clubs from across the UK to earn the prestigious national honor.

At the final weekend at Woodhall Spa Golf Club in Lincolnshire, the Ramside team prevailed against Somersets Mendip Golf Club and Lees Hall from Yorkshire and won over two rounds.

At the end of the first day, Ramside Hall was tied for fifth place with 68 Stableford points before climbing the leaderboard to the top with an excellent second-round score of 80 points.

Thomas (14) from Houghton-le-Spring said after his team’s victory: “It’s something very special. It was a really great course and everyone enjoyed it.

“The team is very satisfied. It’s a huge score between us and it’s the biggest event we’ve ever won, so everyone is really happy. ”

The three teammates have been participating in Ramside Hall’s junior training program for three years.

During pre-competition training and qualifying rounds, they honed their skills on the 18-hole par 72 Prince Bishop’s Course and the club’s Cathedral Course.

Helen Roseberry, Ramside Hall Golf Director said: I am delighted and very proud of her. You have trained incredibly hard and are an absolute honor for the club. ”