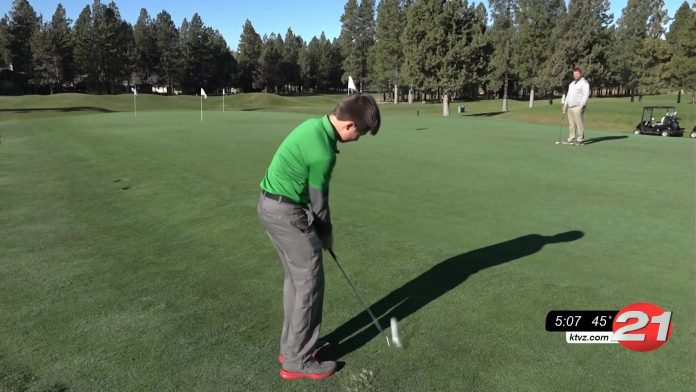 BEND, Ore. (KTVZ) – Bend Owen Greenough, 12, is working on his game at Awbrey Glen Golf Club as he is due to travel to Augusta National for the drive chip putt final in April.

Owen’s father, Ben Greenough, is delighted that he and his son are making the trip.

“Definitely the reason we did the drive chip putt was that we wanted to punch our ticket to Augusta,” said Ben on Monday.

Ben said he thought golf would be a fun activity to get in touch with his son – and at only 2 years old he was a natural.

“Even with his plastic clubs and he could barely walk, he could hit the ball and get it into the air. He soon got her from the backyard, ”said Ben. “It was pretty obvious that he had a natural inkling of this at a young age.”

Owen says he enjoys the power game of driving, the finesse game of chipping, and the short game of putting.

“I love it because it’s three games in one,” said Owen.

In the regional qualifiers in September, he finished eight points better than everyone else in the 12-13 year olds class.

Owen also says that he enjoys outdoing golfers at his club, even though they are older and more experienced.

“I think it’s pretty funny because they’re not that good,” Owen whispers jokingly. “When I play with them, they are always shocked at how good I am.”

Owen has competed in many national competitions, but he and his father share the same favorite moment.

“I actually got a hole-in-one on the sixth hole, that really set the hook,” said Owen.

His father remembered the same moment from his perspective.

“He was young – he was 8 years old,” said Ben. “On the first tee, he was so nervous that he could barely hit the ball. And then he got into it and he loved it. And on the sixth hole, seeing how he got that hole into one – and then his arms just flew to the side and he flew up and ran all the way to the green – he couldn’t believe it. That was super cool. “

Owen says he’s hoping to get a college scholarship and eventually turn a pro.

But he also learned that all of this success comes with hard work.

“You just have to keep trying because you know it’s going to get you somewhere, but you can’t see the results right away,” Owen said.

No matter where Owen ends up, his father is proud.

“Oh, super-proud!” He said. “I’ve never been an athlete. I mean i enjoy it. I played soccer and of course golf. He picked it up. He’s a natural and definitely thrives in competition, I think. “

Owen says he’s looking forward to the Augusta competition and is betting on himself.

“I really hope I’m fine – and I probably will if I keep trying,” Owen said.

The Drive Chip Putt final takes place shortly before the start of the Masters.

Owen said his favorite golfer right now is Jordan Spieth because he always fights no matter what.