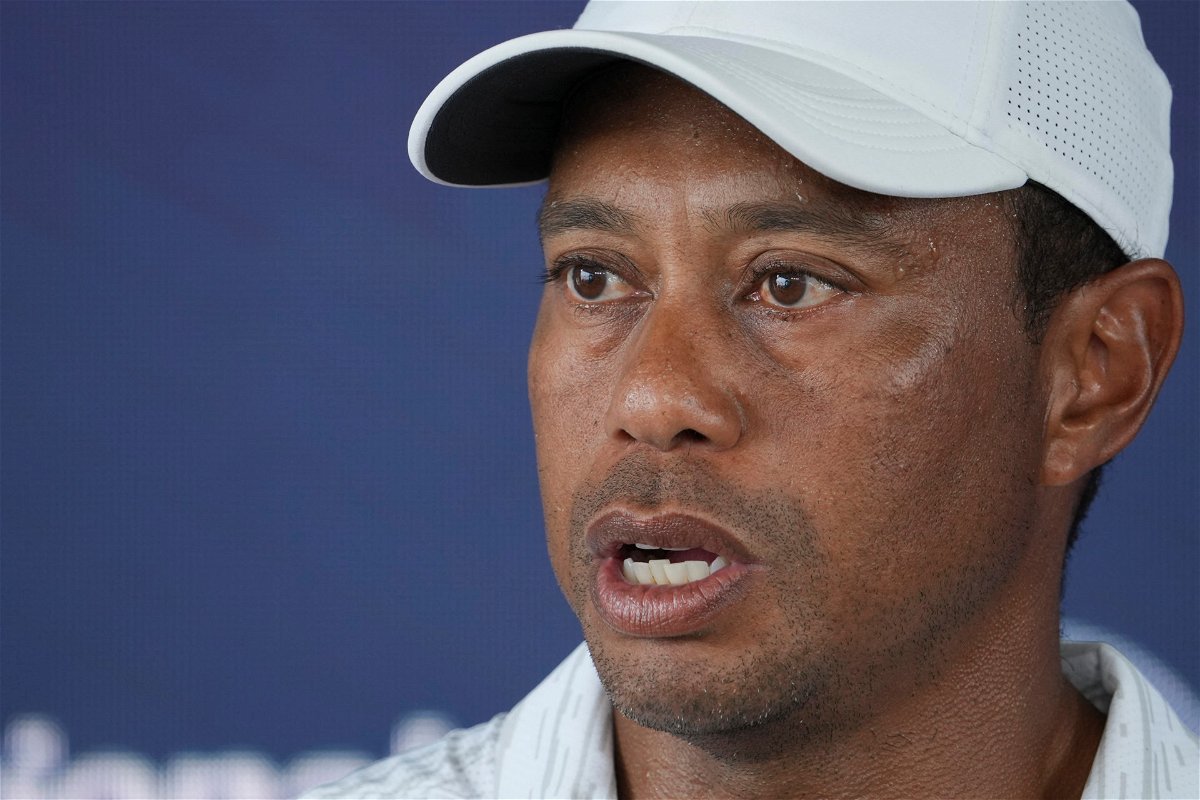 Meeting one’s favorite player is every athlete’s dream. However, only a handful can live that reality. Among those, Tiger Woods is one of the few lucky golfers to meet legends they once looked upto.

In 2020, he narrated an incident of meeting the legendary boxer Muhammad Ali.

The 15-time major championship winner spoke about meeting the famous boxer in an interview with Golf Digest. He spoke about the same with the host Henni Zuel a couple of years back. Moreover, in the interview, the World Golf Hall of Fame Member talked about his love for baseball. At the same time, he also discussed the one out of many times he met Muhammad Ali during a practice round at Shinnecock Hills Golf Club at one of the hotels.

Moreover, while talking about his meeting with Ali, Woods revealed how the professional boxer unexpectedly s*cker punched him in the ribs while greeting the 82-time PGA Tour winner at the hotel. The incident will make all the golf fans laugh hard.

Tiger Woods Profoundly Explains the Significant Impact of His Charity
Foundation: ‘People Have Donated Not Only the Money but Significant Chunks of
Their Time’

He said, “‘I’ve met him on several occasions. But this is one I went for a practice round at Shinnecock the year that goose went out there. And I checked into a hotel. I believe it’s where the Hilton’s live. And so I’m checking in. I just have a backpack and literally my golf clubs. I’m just going up there for a day trip.”

Tiger added, “And I’m in line at the front desk and I get hit in the ribs, my right ribs, and it hurt. And I whipped around thinking I’m just gonna keel all and hit somebody. I was so pissed. And look around it’s Muhammad Ali and, he says, Hey, kid.” And then Tiger replied and said, “Why did you have to give me a love tap that hard.” Moreover, Woods’ words prove the affection Ali had for him.

Woods won his 82nd PGA Tour title at the ZOZO Championship in 2019. As a result, he equaled Sam Snead’s record for most Tour wins and achieved a career landmark. Moreover, Tiger ended the tournament with an overall score of 19-under-par, and in the end, he won with a comfortable three-shot advantage on Sunday. He carded a final round of three-under-par. 67 to finish on the top of the leaderboard.

May 19, 2022; Tulsa, Oklahoma, USA; Tiger Woods plays his shot on the ninth tee during the first round of the PGA Championship golf tournament. Mandatory Credit: Michael Madrid-USA TODAY Sports

What do you think about the funny incident?