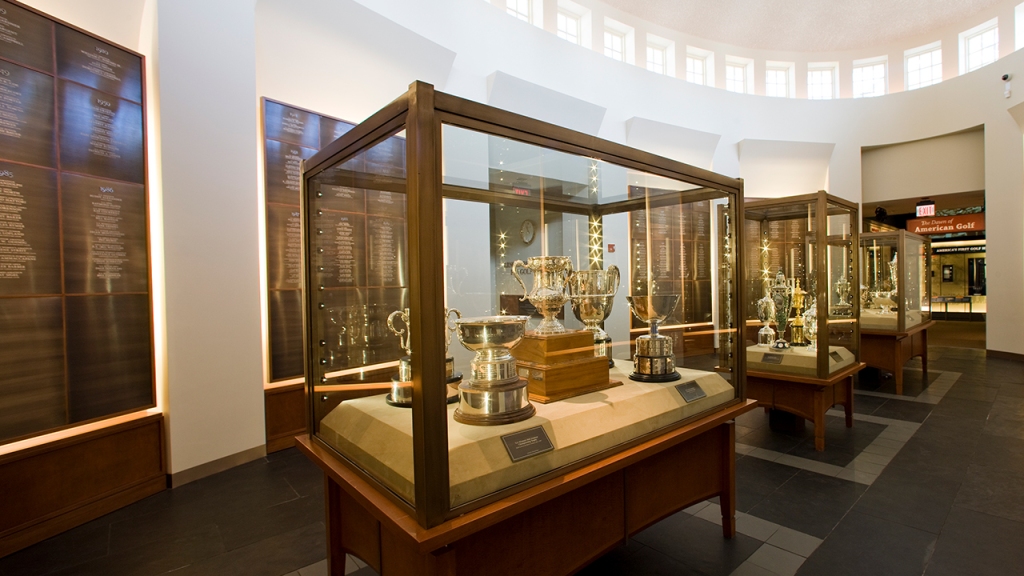 The USGA Golf Museum and Library was founded in 1936, and for many years, it told the story of golf through equipment. But according to Rosemary Maravetz, the museum’s assistant director, after a 2008 expansion created more space, a different philosophy was adopted.

“The thought really shifted to positioning golf within American history, global history and cultural history,” she said. “That’s way more accessible to a wide range of people. I’m not a golfer, but I’ve been with the USGA since 2005, and to me, it was obvious that was where the stories are. That’s where anyone can connect.”

So instead of exclusively looking at the winners and focusing on their accomplishments, the museum tries to show more sides of the people who influenced and shaped the game.

For example, a room dedicated to Mickey Wright was opened in 2011, but at that time, it only featured things from her playing career. However, upon her death in 2020, it was discovered that she bequeathed her belongings to the USGA.

“So, in 2020, what we found was evidence of a life well lived,” Maravetz said. “We found more personal pursuits. It’s important for us to collect those stories as well and preserve those stories.”

Now visitors will see a mandolin hanging above scorecards in a case, along with a deck of playing cards, fishing gear and Christmas cards sent to Wright from Jack and Barbara Nicklaus.

Similarly, in the Arnold Palmer room, visitors will see models of the planes Palmer flew, a flight suit he wore and a helmet he used because Palmer was also an aviator. In the Ben Hogan Room, you see Hogan’s actual locker from Shady Oaks Country Club in Ft. Worth, Texas. A towel is neatly folded on the door, and Hogan’s sports jackets and shirts hang perfectly on hangers. You can feel how orderly he was. In the Jack Nicklaus room, there is a prescription bottle and a pill box from his father’s pharmacy in Ohio and a large photo of Jack playing basketball for his high school team, along with a picture of Jack and Barbara on their wedding day.

In addition to memorabilia that celebrates the game’s most well-known players and biggest championships, there are hallways filled with artifacts that bring to life other people and events that shaped golf, including cases focusing on the United Golf Association (UGA) and golf in the Black community, displays that highlight the role of women in golf and more.

Twenty-four steps below ground, however, in an area that is off-limits to visitors and locked behind a secure door, the USGA stores a treasure trove of clubs, artwork, trophies, pins, balls and other pieces of golf history. The Vault, as it is referred to, is the home to things like President Franklin D. Roosevelt’s golf clubs (he loved to play before he was diagnosed with polio), Babe Didrikson Zaharias’s scarf from the 1932 Olympics, where she won two gold medals in track and field, a putter used on Mt. Everest and thousands of scorecards dating back to the 1920s.

Jackie Robinson’s 4-wood headcover is in The Vault. Robinson had a 2 added to it to match his playing number with the Brooklyn Dodgers, No. 42. (USGA)

Some items in The Vault will be moved to the showcases upstairs, and others occasionally are displayed at championships and on special occasions. However, while everything cannot be displayed at once, the USGA wants it saved, cared for and preserved.