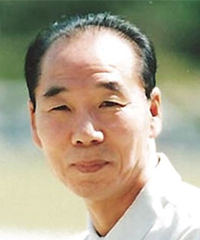 Golf has become a popular outdoor non-contact sport and has become big business. Unfortunately, this situation has attracted crooks who want to abuse them and has led them to manufacture counterfeit branded golf clubs. False golf clubs have become more prevalent recently as the number of people new to the sport has exploded.

Every golfer needs a set of clubs to play the game. Those who are new to golf have created global delivery problems for golf products. Golf items like drivers and irons have reportedly become scarce. It looks like the supply is not meeting global demand. This situation has led to price increases.

This has created a huge market for counterfeit “branded” golf items. You cannot easily tell fakes from real products unless you are an expert or before you try them out.

For this reason, as a golfer, you need to be careful when encountering offers that look too good. If a price seems too low to you, you can assume that something is wrong with the product in question. There’s always a reason golf clubs are cheap, and the odds are they are knockoff clubs.

When buying a club online, do not believe a seller who claims, for example, that the club is a gift that they do not need. Counterfeit golf club sellers on the internet will tell flimsy stories like these to scam you out of your hard-earned cash.

The counterfeiting of golf clubs began about 30 years ago when Taiwan and China started receiving orders from the United States to manufacture golf clubs. Engineers and foundries there were known for doing phenomenal work at unbeatable prices. Of course, they started counterfeiting clubs and other golf items. Now they supposedly make around 85 percent of counterfeit golf clubs worldwide.

The Anti-Counterfeiting Working Group, a surveillance organization, announced last August that more than two million fakes are produced annually. The association estimated that the total value of counterfeit golf products worldwide could reach around $ 1.8 trillion by the end of last year.

This situation proves that counterfeit branded golf products are widespread all over the world. I suspect that knockoff golf clubs have grown in popularity recently as the number of new golf enthusiasts has increased.

You can easily assume that a fake racket will perform worse than the real product. If you’ve ever wondered how much worse a wrong driver can be, these are the results of a science experiment conducted on the Track Man Launch Monitor in Sacramento, California in 2019.

The test showed that a fake ping driver was significantly inferior to a real ping G400 driver. The authentic driver hit an average of 21.1 meters further than the wrong driver on a much more consistent basis. I believe such results will apply to other brands as well.
The author lives in a rural village near Seoul and teaches and studies golf.