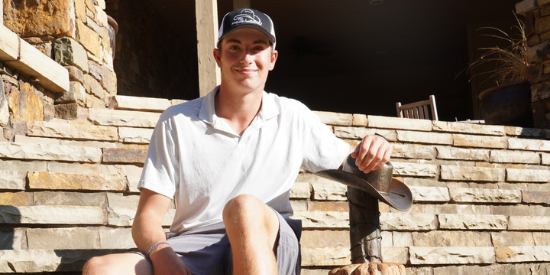 Ben James of Milford, Connecticut, dominated the Boys Division at Karsten Creek, while Gianna Clemente (Warren, Ohio) became the youngest champion in the history of the PING Invitational.

The 15th PING Invitational showcased the best of the next generation of future college and professional stars. The Karsten Creek venue is home to the men’s and women’s golf teams of Oklahoma State University. The course was ranked # 24 on Golf Digest’s list of America’s 100 Greatest Public Courses for 2021-22.

The tournament field was full of talent. Of the 72 players in the field, 56 were AJGA champions, including four 2021 Invitational winners. There were also 33 college commits and 33 Rolex Junior All-Americans. The players came from 17 states and five international countries.

James crossed Karsten Creek on the first two rounds and scored 2 under par 70 in the first round and 5 under par 67 in the second round. His 36-hole total of 7 under par 137 was good enough for a nine-shot lead in the last round.

After finishing tied for 10th at last year’s PING Invitational, James was able to consider today’s round as a winning round on his last appearance at the tournament. The University of Virginia commitment played consistently with only two bogeys on its first 14 holes. From there, James rallied for a straight par round, birdieing numbers 17 and 18 to finish the tournament at 7-under-par 209 for a nine-shot win.

This is just the latest in a memorable junior golf season that has seen James win two AJGA Invitationals (Team TaylorMade Invitational and The Junior PLAYERS Championship). The two-time Rolex Junior All-American also won the Scott Robertson Memorial and the Northern Junior Championship.

“This is my last year playing here so it feels great to take a win on such a difficult track. Hopefully I’ll be back for some NCAA Regionals or Finals in the future. I just love this place . ”

Caleb Surratt of Indian Trail, North Carolina carded the lowest final round of the Boys Division at 2 under par 70 and secured second place at 2 over par 218. The University of Tennessee’s commitment is No. 3 in the Rolex AJGA rankings and has two national junior golf victories per year at the Western Junior Championship and the Boys Junior PGA Championship.

Aaron Pounds of The Woodlands, Texas finished third with 4 over par 220. Pounds is a Texas A&M University student and finished T4 at the Jack Burke Jr. Invitational in August.

Nicholas Prieto from Miami finished fourth at 6 over par 222. In 45th place on the Rolex AJGA ranking, his best result of the year was T3 at the Arnold Palmer Invitational Junior in honor of Jim Bell.

Although Clemente opened the tournament at 5 over par 77, she quickly made it to the top of the leaderboard after placing 4 under par 68 in the second round. That round turned out to be the lowest of the tournament in the Girls Division. When Clemente stepped into the final round with a two-stroke lead at 1 over par 145, she knew she had to play her game to ensure victory.

“I talked to my father about it this morning and it’s pretty much the same attitude it had over the past two days,” said Clemente. “So much can happen over a span of about three holes on this golf course, so I just wanted to play my game.”

Clemente tested her strength early in the final round when she bogeyed two of her first five holes. From then on, she came back on track with four pars to close her front nine and made the turn with 2 over par 38 on par with the lead. 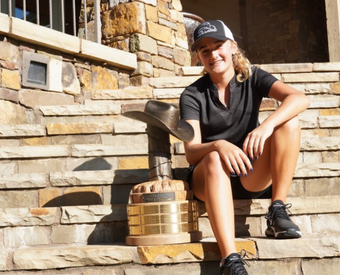 Gianna Clemente
After doing another bogey on par 4 # 10 and falling behind on the lead, Clemente flipped the switch. She went under with three birdies over her last eight holes 2 and scored a 1-under-par 35 back nine for a final round of 1 over par 73. She finished the tournament with a birdie in 18th place for the four-shot victory to be sealed at 2 over par 218.

At 13 years, six months and 18 days, Clemente is the youngest champion in the history of the PING Invitational. She joins Alison Lee, Nelly Korda and Rose Zhang to win the Girls Division.

“I remember walking in during the practice lap and stopping for a second and looking at the names and not realizing how many of the names I knew,” said Clemente. “I just thought, ‘Damn it, I really hope my name will be there one day.’

Making history is nothing new for Clemente, who became the fifth youngest girl to win an AJGA tournament when she won the 2020 Coca-Cola Junior Championship at Boyne Highlands on her first AJGA appearance.

Clemente is a 2020 Rolex Junior All-American and is number 34 in the Rolex AJGA rankings. This win crowns a recent leg in which she won the AJGA Junior at Big Sky and third at the UHY Albany Junior and KPMG Stacy Lewis Junior All-Star Invitational. Despite these strong results, her focus was always on winning the PING Invitational.

“I’ve had a really tough summer, not just on the golf course but off the golf course, so I really worked towards this event,” said Clemente. “My whole mindset was just aimed at that and it feels great to win my first invitational here.”

LaHa verbally engages the University of Virginia and was a 2020 Rolex Junior All-American. She started the week at number 30 on the Rolex AJGA rankings with a recent fifth place at the Mariah Stackhouse Girls Invitational.

Yuan is number 21 in the Rolex AJGA rankings and has already had three AJGA victories in her first three seasons on the track. The 2024 graduate won the 2019 Golf Performance Center Junior All-Star, the 2020 AJGA Stan Utley and Mid-America Youth Golf Foundation Junior All-Star, and the 2021 Lanto Junior Championship.

Bailey Shoemaker of Dade City, Fla. Rallied for fourth place after carding the lowest round of the day at 3 under par 69. She finished the tournament 7 over par 223. The University of Southern California signing won the Sung Hyun Park Junior Championship in April.

Kynadie Adams from Nashville, Tennessee finished fifth with an 8 over par 224. The University of Alabama was a 2020 Rolex Junior All-American.