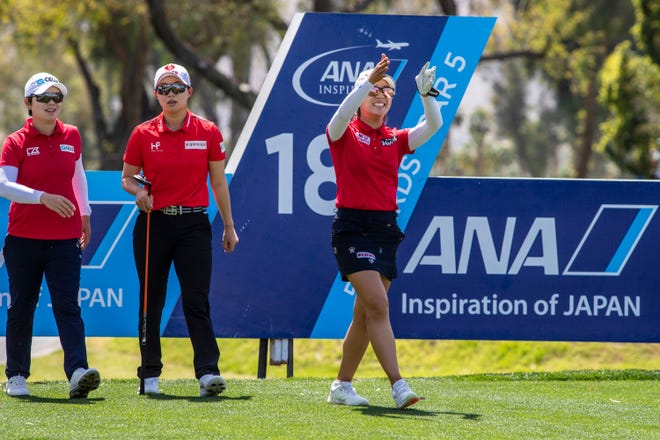 Almost exactly the minute the LPGA announced that the ANA inspiration was moving into the Chevron Championship and that the grand championship would leave Coachella Valley after next April, the emails, phone calls and text messages flowed with a question a.

When do we get another tournament?

The relatively small rush for the LPGA major in recent years showed a certain indifference to the tournament, at least in terms of being on the pitch to personally follow the event. But there are golf fans who see the departure of the LPGA event after five decades in the desert as an opportunity for a new event that could perhaps arouse even more interest.

Some see a regular LPGA event as a logical next step, as the desert has a great history with the LPGA that dates back to an official event in 1953 at the Tamarisk Country Club. Others believe a PGA Tour Champions event makes the most sense, as most of the players on that senior tour have played on The American Express in the desert for years. Still others have asked if they would like to bring a development tour, either the men’s Korn Ferry Tour or the women’s Symetra Tour, to a desert course.

More:As LPGA prepares to leave the desert, others say the area is still prepared for pro golf tournaments

More:End of an Era: LPGA Major Championship, once Dinah Shore, to leave Coachella Valley after 2022

It could all be a good idea. But that doesn’t mean there will be new tournaments in the desert in the near future.

It takes more than just a wish and a hope to create a professional golf tournament from scratch. And that has to happen in the desert, a new tournament out of nowhere.

Tournaments are not easy to create

–It’s easy to name a dozen or more golf courses in the desert that could surely challenge the best players in the world during a 72-hole tournament. Let the greens get a little faster, let the rough grow a little higher, add a bunker here or there and you have a tournament-level seat. But which of these courses would like to host the event? One of the reasons the LPGA major is leaving the desert is because not everyone at the Mission Hills Country Club in Rancho Mirage fully supported running the tournament. A tournament is more than a week’s investment for club members, and they can lose use of their course for two weeks and be bothered by preparing for the tournament for six or seven weeks. Membership must be fully on board.

– The tours themselves must see an advantage in playing in an area. The Korn Ferry Tour might be a great idea for the desert, but would it affect The American Express in any way? The LPGA might think the desert is a good place to have a tournament, but what would the dates be? How would it fit into the overall plan of the tour? Are there any companies that support the tournament beyond ticket sales? Is there a charity that can be involved? All questions must be answered positively for a tournament to exist.

– Some title sponsors would love the idea of ​​sponsoring a tournament in the desert. If a company is to spend millions of dollars on hosting a tournament, it needs to be convinced that it will benefit from a hospitality or marketing perspective. One blow to the desert is that companies big enough to host a tournament don’t call the desert home.

–Someone has to want to make it happen. Not just someone who says, hey, that’s a good idea. It has to be someone, or rather a committee of people, who do heavy lifting and rally support and talk to the tours and a town and county and get things done. Who are these people in the desert?

So it takes a lot more than someone who says, “Hey, a senior event in autumn makes a lot of sense in the desert” to start a new tournament. And it would take at least two and maybe three years if it all started now.

Larry Bohannan is the golf writer for The Desert Sun. He can be reached at [email protected] or (760) 778-4633. Follow him on Facebook or on Twitter at @larry_Bohannan. Support local journalism. Subscribe to The Desert Sun.