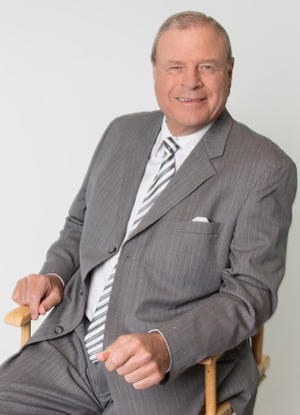 DOVER – Bruce Drennan keeps his promise to talk about sports at the Dover Public Library.

The veteran Cleveland sports announcer on Bally Sports Great Lakes and ESPN 850 Cleveland arrives at the Dover Public Library on Saturday, September 4th at 2:00 p.m. to share his thoughts on the sporting landscape of northeast Ohio.

Drennan had been booked by the library to show up before COVID-19 picked up his ugly head last year.

“You reached out to me before COVID came and I was supposed to come down, but then everything came to a standstill as you know,” Drennan said. “You contacted me again and we agreed on that day.”

The two-time winner of the award for best sportscaster, who has been part of the Cleveland television and radio scene for over 40 years, is a member of the Ohio Broadcasters Hall of Fame.

Drennan will share his personal experiences and opinions gained from decades of reporting on the sport in northeast Ohio.

71-year-old Drennan started out hosting an evening sports talk show in Aurora, Illinois. His “tell it what it is” style of announcement became his trademark.

He became a popular voice on northeast Ohio radio waves, which included stops at WHK-AM 1420, WWWE-AM 1100, and ESPN 850 Cleveland.

Drennan, who was also an analyst for the Cleveland Indians baseball on WUAB-TV Ch. 43 in the late 1970s and early 1980s, currently hosts the daily afternoon sports talk show called Drennan Live on Bally Sports Great Lakes and works with Matt Fontana on ESPN 850 Cleveland for All Bets are On.

Drennan is a frequent visitor to the area.

In 2019, he stepped into the booth with Willie Grove and Jason Hall of WJER Radio to call the Dover-Steubenville game at Crater Stadium.

He has made previous appearances in the Tuscarawas Valley, including visits to the Big Time Sports Show with Charlie Jones, a guest lecture at Tuscarawas Central Catholic in New Philadelphia, and as a judge for the Miss Clayland Pageant in Uhrichsville.

A few weeks ago, Drennan, an avid golfer, was in the North Central Ohio area playing at Hickory Flats Golf Course in West Lafayette with Brad Haynes, General Manager of Zoar Golf Club, and also visiting Amish Country before visiting returned to his suburb in Cleveland.

“He (Haynes) is responsible for introducing me to all of these courses and wonderful people in your forest,” said Drennan. “I go there three or four times a year and I really love the area and the people.”

In June, Drennan and a group ran a marathon at Black and Gold in Sugarcreek (27 holes), River Greens in West Lafayette (27 holes) and Oak Shadows (27 holes) in New Philadelphia, finishing at 18 in Zoar.

“It was a fun trip,” recalled Drennan. “I love the courses down there.”

But golf is not on the agenda for his September 4th visit.

“It just didn’t work out,” said Drennan. “I’ll just come down and do the gig and go home. This is Labor Day weekend of course, so I’ll be playing at home Friday, Sunday and Monday.”

And talk about sports this Saturday.