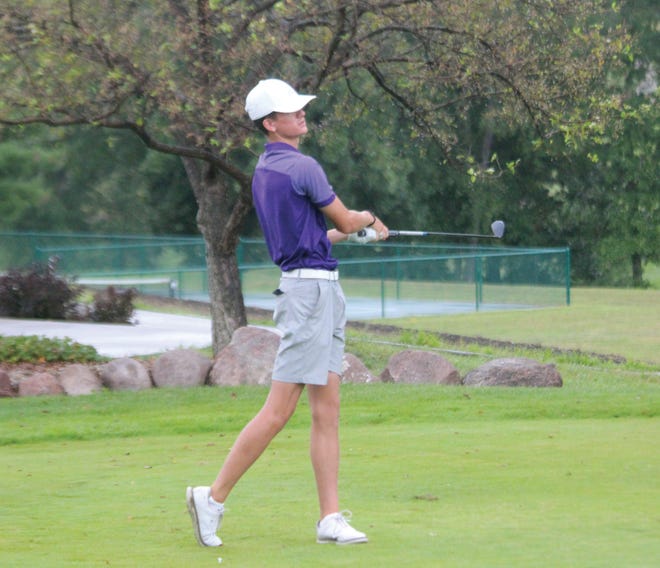 On Friday, Spear committed to play golf at Drake University for the next four years. He will join his friend and competitor Cale Leonard of Ottumwa on a Bulldogs team that is one of the top programs in the nation.

To Spear it was as if the weight of the world had been lifted from his shoulders.

“When I started this year, I talked to some schools and then I had a pretty good summer,” said Spear. “I was visiting Iowa and Missouri and then the Drake trainer (Matt Lewis) emailed me, so my father (Scott Spear) and I went there and toured the campus and facilities. Coach Lewis offered me a scholarship Drake is the place for me. It’s a great NCAA Division I school and they have a great golf program. “

Spear has been one of the state’s top junior golfers for several years. He rose to No. 1 in the individual classification of Class 4A last season, but had a day off in the districts and missed qualifying for the state.

Spear and the Greyhounds have got off to a good start this season. With his college decision in the rearview mirror, Spear played his best round of the season on Saturday. Spear carded a 4 under par 68 to win with eight strokes and led the greyhounds to victory at the Geneseo Invitational at Sugar Maple Golf Club in Geneseo, Illinois.

“It felt good to play without the pressure to impress the coaches,” said Spear. “I didn’t have that much pressure on my shoulders. I just went out and had fun, played golf and ended up winning.”

Spear will participate in a Drake program that spawned PGA Tour star Zach Johnson, who won the 2007 Masters and the 2015 British Open.

Spear hopes to make a name for himself at the next level, but knows that he still has a lot of work to do to get to that level.

“It’s really nice to know that the program at Drake can produce golfers like Zach Johnson,” said Spear. “I have to work on my consistency throughout my game. I have to keep everything solid, work on my short game and my putting. I may have to change a few things here and there, but I have Joe (butler, PGA pro) in Burlington Golf Club) to work on. “

Drake’s home course is Hyperion Field Club in Johnston, but there are many high-level courses in the Des Moines area for Spear to test his game at.

“They have three of the top 10 courses in the state up there,” said Spear. “These courses are best set up and they are difficult, that’s for sure. They have an indoor putting facility too, that will really help too.”

Drake is one of the leading academic schools in the country with high standards of learning. Spear is up for the challenge.

“It’s been such a strange year. When I got the opportunity to play for Drake, I immediately took advantage of it. Drake has been on my radar for a long time. I’m really looking forward to the opportunity,” said Spear, who is still undecided Major, but indicated that he might be pursuing something in the business area. “I want to go to everyone who has supported me in everything over the years. Joe, my parents, just everyone who helped me get this chance.”