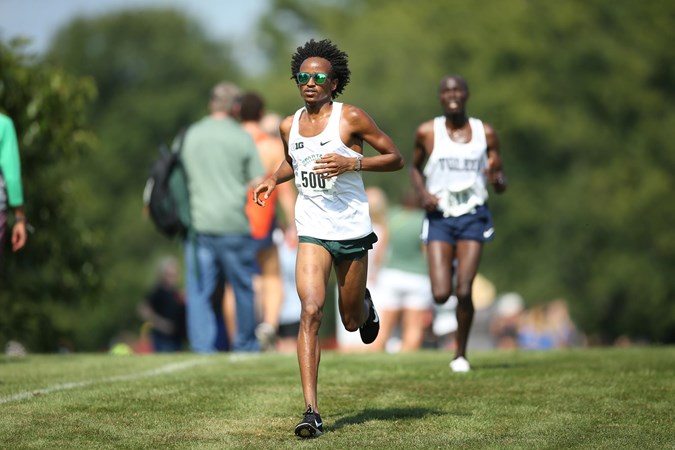 STATE COLLEGE, Pennsylvania – Following the success of the programs at the Griak and Nuttycombe Invitationals, Michigan state’s men’s and women’s cross-country teams will compete in the 2021 Big Ten Championships on Friday, October 29th.

The # 20 Spartans are aiming for their third conference title in a row while the Spartans will attempt to win their first B1G championship since 1971 at Penn State’s Blue & White Golf Courses in University Park, Pennsylvania.

“Our intention is to compete as a team this Friday, accept adversity and think forward-looking,” said the Director of Cross Country / Athletics Lisa Breznau.

For the MSU women in 20th place, No. 6 Minnesota, No. 9 Michigan, and No. 22 Wisconsin from the USTFCCCA National Coach Survey join to advance to the conference race. For the men, the green-whites compete against ranking enemies in No. 10 Wisconsin, No. 15 Michigan and No. 29 Minnesota.

After missing the Big Ten race last season due to illness, he became senior Morgan Beadlescomb will try to win the first single place after a third place in the 2019 race. From the top 25 finishers of the men in the 2020-21 race, Junior James Uhlenberg (seventh) and second year Brendan Favazza (14th) are two of the 21 conference runners who are returning while Senior Steven Stine (27.) and junior Fraser Wilson (29.) are both back after almost missing the top 25 for the fourth-placed Spartans in January.

“Our returnees play a major role in creating a stable environment for our teams,” added Breznau. “They will keep the group calm and help us focus on what we can control. We look forward to the races. The Big Ten Championships are special and our teams will enjoy the experience.”

Magness and Gram have been pacing MSU up and down all fall. Magness followed a first place at the 6K Spartan Invitational by finishing second at the Griak 6K and fourth at the Nuttycombe 6K with a personal record of 20: 05.6, while Gram finished fourth at the Spartan Invite before coming to the Griak 13th place took a personal record of 20: 29.2 with a 19th place at the Nuttycombe.

Beadlescomb did the same on the men’s team, winning the 8K Spartan Invite and then finishing third on the Griak 8K before finishing eighth on the Nuttycombe 8K with a PR time of 23: 32.2. Red shirt junior Abdi Ahmed is still trending after finishing 33rd in the Big Ten race last season, fifth in the Spartan Invite and 22nd in the Griak.

“We continue to urge our student athletes to grow and learn during the season,” concludes Breznau. “Friday is another step in the process.”

As of Friday, the MSU women have eight Big Ten titles of all time, while the men have the second most conference titles of any B1G men’s program at 14.

The Big Ten Cross Country Championships will be broadcast live on Big Ten Plus from 10:45 a.m.