How Iceland could reshape the golf world 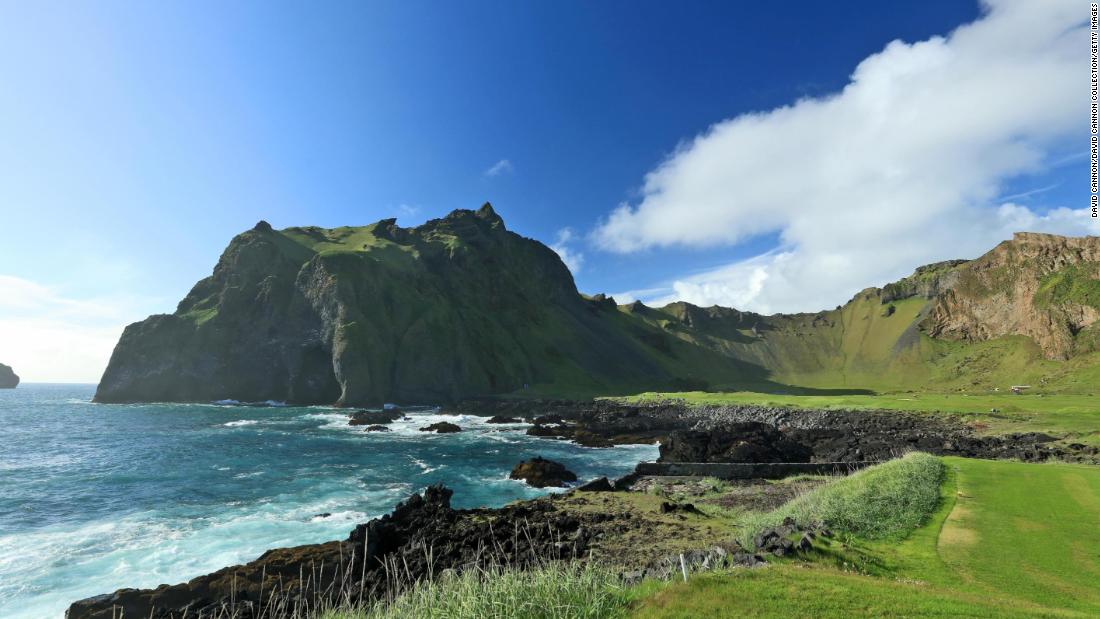 The Brautarholt golf course is half an hour’s drive north of the capital Reykjavik. Located on a dramatic, cliff-lined peninsula, Brautarholt is the brainchild of founder Gunnar Palsson.

Originally opened as a nine-hole course in 2011 before being expanded to 12, Brautarholt was designed by renowned Icelandic architect Edwin Roald.

Roald’s “Why 18-Hole?” Movement, a philosophy that suggests improving golf course design if architects would work to create the best course for the course available to them instead of clinging to the “antiquated” notion that each course must be 18 holes in resources , you are forced to use what nature has given you, “Roald told Links magazine in 2017.” If you could just break away from the constraints of someone else telling you how many holes to make have to.

“It’s the same as writing books or making films. Imagine if all books had to be exactly 200 pages or a film had to be 95 minutes. Would they be that good?”

Although Brautarholt only has 12 holes, it has been internationally recognized as one of the best golf courses in the world. In 2020, Golfscape placed it at number 64 on a list of the top 100 courses in the world alongside Pebble Beach and St. Andrews.

With a short golf season in Iceland and long winters, the country’s golf clubs are looking for innovative ways to extend the season and make golf accessible to young players year round.

The Icelandic men’s soccer team made headlines around the world for their performance at the 2016 European Championships, reaching the quarter-finals and qualifying for their first World Cup in 2018. The women’s team also qualified for three consecutive European Championships from 2009 to 2017, like never before for a big one Tournament qualified.

Much of the national team’s remarkable success has been attributed to the country’s investments in state-of-the-art indoor facilities and excellent training, a blueprint that could repeat itself in golf.

The GKG Club in Reykjavik is one of the largest golf clubs in Iceland, consisting of an 18-hole course and a 9-hole par 3 course. With a thriving junior program and active membership, the club recently invested in a state-of-the-art indoor facility valued at $ 10 million so members can exercise year round.

The indoor facility, located below the clubhouse, consists of a putting green, chipping area and 16 track-man golf simulators that allow users to play around 100 golf courses from around the world.

Ulfar Jonsson is the sports director of GKG and has seen the impact of the facility firsthand. “We see our younger players becoming more technically advanced and better. So we see better turns.

“We obviously encourage all of our players to play on the pitch as much as possible in the summer, but then they can come here and work on their technique in the winter.”

Haukur Orn Birgisson – the President of the Icelandic Golf Union and the European Golf Association – believes that investing in facilities like that of the GKG could lead to top-level results for Icelandic players as he has had limited success on the world’s greatest touring levels .

“If you think about it, we have a golf season that extends over five or six months. So indoor exercise facilities mean a lot, and with new technology, these facilities have become so advanced. GKG is a perfect example of this. Now club members play golf in winter, albeit indoors and in simulators, but it is important to their development.

“This is also important for promoting young talent. For example, you can watch football. They started with these five-a-side football facilities 15 years ago and a few years later our national teams qualified for the European Championship and the World Cup. “It’s important,” he says.

The facility in the GKG also offers the association a valuable social element. “Now we have a year-round facility – it used to be mainly a summer sport … Now all golfers come in and play with their friends in the simulators, then enjoy a meal and a drink. So it was fantastic for the club’s morale, “said Jonsson.

Brautarholt is not only recognized as one of the best golf courses, but also wants to be the most sustainable golf course in the world.

“Here in Iceland, more or less all of our energy is from renewable sources, so we thought it would be a good idea to go in that direction here,” explains Palsson.

Since it’s hydropower and geothermal, almost 100% of Iceland’s electricity comes from renewable sources. To harness the country’s clean energy, Palsson has invested in a fleet of 30 automated electric mowers.

READ: The world is relying on giant carbon-sucking fans to clean up our climate chaos. It’s a big risk.

“We’re now at a point where electric mowers work roughly 98% of the golf course,” says Palsson.

The course manager and chief greenkeeper Einar Jonasson is responsible for managing the fleet of small orange mowers. “Yes, our little friends. They’re just a different way of mowing grass.”

With a series of cables routed around the course, the mowers are programmed to stay on the fairways and operate around the clock. Not only did they provide an environmental benefit, but they also allowed Jonasson to focus on other elements of site maintenance.

In addition to a carbon footprint that is close to zero, Brautarholt is maintained without the use of chemicals and with Iceland’s year-round rainfall there is hardly any need for irrigation.

“Our golf course is in a spectacular location and visitors come here to enjoy this nature. I don’t want to harm anything, “explains Jonasson.

After Brautarholt recently invested in a state-of-the-art electric ride-on mower for tees and greens, he wants to set a new, sustainable standard for golf course management.

“I think we are the greenest golf course in the world,” says Palsson proudly.

Despite Iceland’s population of fewer than 400,000, the country is home to a remarkable 65 golf courses – including some of the most spectacular golf courses you are likely to find anywhere in the world.

“I would encourage everyone to play here,” says Birgisson.

“The nature here is second to none … If you play golf in Iceland, you can experience this nature too. You can play golf in lava fields, you can play golf in volcanic craters, on the banks of glacial rivers, with hot springs right next to it You gush like geysers with water hazards made of boiling water. You can’t get closer to nature while golfing. ”

Is there a chance that one of the great golf tours will host a tournament in Iceland in the future, as the country is almost equidistant from the USA and Europe?

“One day it could be possible. Imagine if a PGA Tour event was played in the midnight sun that we have here in June and July, it would be fantastic,” says Birgisson.

Given the level of golf courses in Iceland, it’s no wonder golf has seen tremendous growth in the country and is now one of the most popular sports.

“Golf has grown tremendously in the last 10-15 years, and we’ve almost tripled our numbers in the last two decades,” says Birgisson, “but the last two years have been explosive and now we have over 6% of the total population, who are actually members of a golf club.

“But at the same time we have probably around 40,000 who actually play golf. So 12% of the population play golf and I think that’s – this has to be a world record.”

“It is also worth mentioning that the proportion of women increased from 10% to 33% during this period,” he adds.

With ever increasing participation and innovative new golf courses and facilities, Iceland is fast becoming one of the most exciting golf destinations in the world. With the momentum on his side, Birgisson is confident that things are just beginning.

“We couldn’t be happier. It’s safe to say that the future of Icelandic golf looks very bright.”