How Kiawah Island, SC is a golfer’s and wildlife haven | 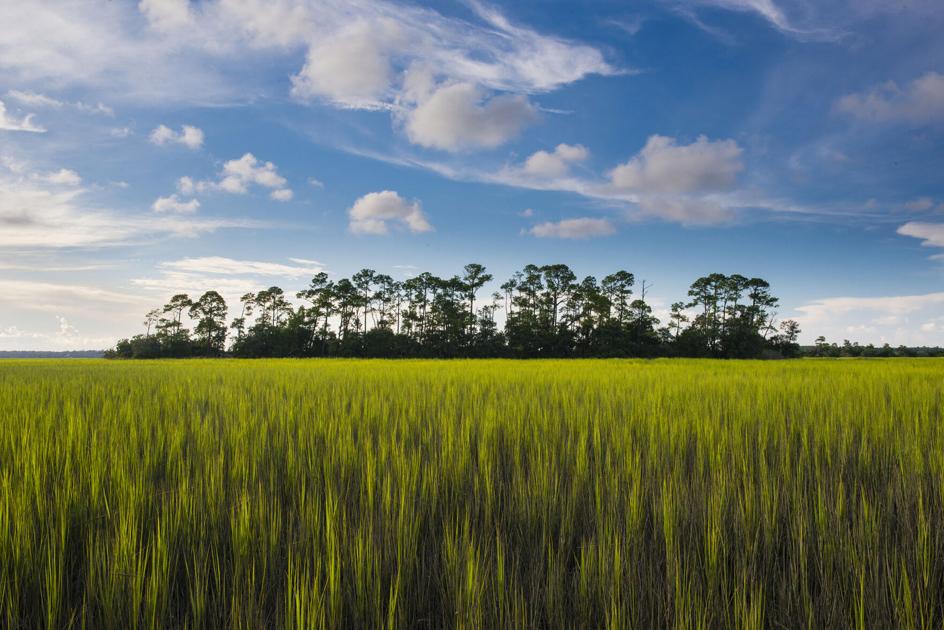 Inside Voysey’s, the private restaurant overlooking Kiawah Island’s Cassique Course, a guest might believe this country club island is like any other luxury destination. The windows that frame the course reveal swaying grasses, atmospheric greens and almost imperceptible stick figure golfers enjoying the splendor of one of the most famous golf courses in the country.

But the barrier island of Kiawah, about 25 miles south of Charleston, SC, is more than a golf destination with first-class beachfront homes. Kiawah Island has established itself as one of the greenest residential and tourist destinations in the United States, with conservation efforts dating back nearly half a century. Visitors are the beneficiaries of this extensive effort, and the island is a rare example of how tourism and environmental concerns can coexist.

In 1973, Kiawah Island founded the Kiawah Turtle Patrol, an organization that tracks down and protects the native population of the nesting loggerhead turtle. Shortly thereafter, Kiawah Investment, a Kuwaiti company, bought the island from the heirs of a logging company and in 1975 conducted a 16-month environmental inventory of the island that examined natural habitats, wildlife and archaeological history. said Donna Windham, executive director of the Kiawah Conservancy.

The widespread inventory led to a master plan, which has meanwhile been adopted by the city of Kiawah, which combines environmental activism with tourism and leisure. “It was a whole new environment for them,” Windham said of the Kuwaiti effort. “They took it very seriously that this island was special.” Today, Windham said, the Kiawah Conservancy operates as a non-profit land trust for the island, promoting environmental protection by working with landowners.

The Conservancy, founded in 1997, can hold land and issue easements. It has retained “2,273 acres from Kiawah’s 10,000 acres,” according to the island’s website to date. In January 2000, Windham said 152 acres of land known as Little Bear Island – a nesting site for shorebirds like the little ringed plover, peregrine falcon and osprey – was protected by the Wetlands America Trust, part of the nonprofit Ducks Unlimited conservation group. The easement was updated in 2007 to include protection from the Trust and the Kiawah Island Natural Habitat Conservancy.

As a traveler, you may not see any specific reference to the infrastructure that regulates the preservation of the island. But the influence is everywhere, evident in the screaming hermit crabs on the coast, the sturdy oyster beds climbing the riverbanks, and the petite raccoons climbing trees at dusk in search of their next meal.

Near the island’s Ocean Course, where a pale blue streak can be seen behind the swamp, a passer-by can experience a number of natural encounters: alligators with snouts just visible in the pond water; hook-necked blue herons staring into palmettos; White-tailed deer lying under the Spanish moss curtains. Despite their frequency, these moments come as a surprise in a place where golf clubs and impeccable architecture are the local currency.

However, it is likely that you will encounter some wild animal during your visit, and that’s because Kiawah Island includes over 3,000 acres of tidal salt marshes and 10 miles of coastline that shelter a wide variety of wildlife. According to Kiawah city wildlife biologist Jim Jordan – his position was created in 2000 and assistant wildlife biologist Aaron Given came eight years later – there are 315 species of birds, more than 30 species of mammals, more than 40 species of reptiles, more than 20 species of amphibians, and thousands of Invertebrates that call the island home.

“It’s pretty unique,” said Jordan. It is, he said, “a functioning, intact ecosystem that works the way it would have worked if it hadn’t been for houses.”

One of the island’s most fascinating predators is the bobcat; The current bobcat population, Jordan said, is between 15 and 20. Four to six bobcats are tracked each year by the biology team so that their movements can be tracked using GPS. “Visitors and residents can look at the location maps online and see where they have been,” he said.

Take the boat out onto the calm Kiawah River – you can book tours of the island’s only resort, Kiawah Island Golf Resort – and you’re bound to see a dolphin or two with gray fins sliding in and out of the water . These are the island’s bottlenose dolphins and they are friendly, chasing ships and the occasional show, fin flights. They also practice a unique behavior known as “beach feeding”.

“In a coordinated effort, they will basically drive a school of fish or prawns to shore,” Jordan said. “They get stranded themselves.” This behavior can be seen well on the western end of the island, although he warned that it can be harmful to disturb dolphins while they are feeding on the beach. “It’s a learned behavior,” Jordan said from generation to generation. Should beach feeding be interrupted, dolphins could give up the behavior altogether, thus discouraging future generations from eating this site-specific way.

The tranquility that you experience on this island oasis is more than just the work of nature conservation to thank. For example, at the Sanctuary at Kiawah Island Golf Resort, an AAA five diamond resort built in 2004, live, adult oak trees have been transplanted to help preserve the natural environment. “That really wasn’t necessary. We only did it voluntarily because we thought it was the right thing to do, ”said Bryan Hunter, director of public relations at Kiawah Island Golf Resort.

The resort, he said, values ​​conservation efforts and encourages guests to immerse themselves in the local area through organized boat trips to other barrier islands, alligator safaris, and dolphin-watching trips. Visitors can also take the Turtle Patrol in the morning to find hatching and migration patterns (although this program has been severely restricted due to the coronavirus pandemic). Some might even help hatching turtles, Hunter said. Those who join the Turtle Patrol’s outings look for nests, take notes, and observe the hatching of the year.

One of the islanders’ environmental efforts, including hoteliers, is the Lights Out for Sea Turtles initiative, which requires beach lights to be turned off in the evening during the loggerhead nesting season. As Jordan pointed out, artificial light confuses hatching turtles and often accidentally leads them away from the sea.

Low light pollution, Hunter said, is “vital”. “The resort, along with the rest of the island, through municipal ordinances ensure that we are really careful to monitor light pollution along the beach so that it doesn’t confuse nesting sea turtles or hatching sea turtles,” he said.

When the sun goes down at dusk, the air vibrates. Is it the cicadas in their 17 year cycle? Or maybe just a flock of birds far away? Whatever the source of the ambient noise, it is reminiscent of a calming bedtime melody that one could slip into while falling asleep.