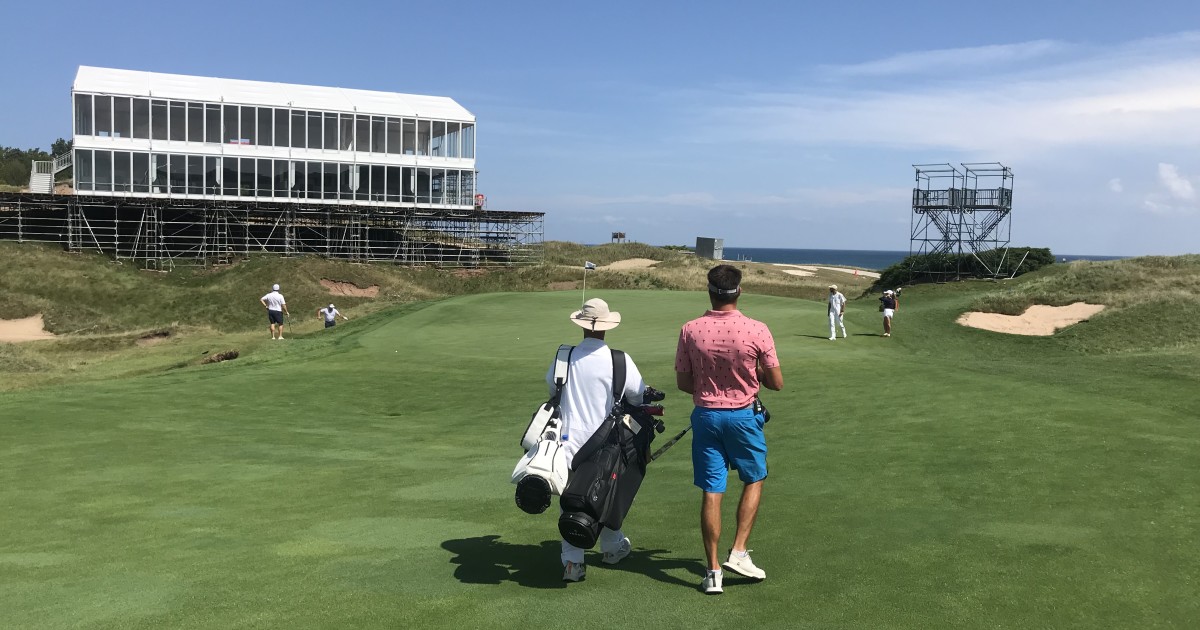 For most golfers, the chance to play the grounds of this year’s Ryder Cup is a once in a lifetime experience. But for Patrick Koenig, playing Whistling Straits is part of his job. The Wisconsin State Golf Association hired him for their ‘# 1 Golf Internship in the World’.

And that means playing a lot of golf and getting paid for it. Koenig is 41 years old and a professional golf course photographer from California. He is one of two interns the WSGA hired this year to play the state’s golf courses to highlight the multi-billion dollar industry of the sport that leads to the Ryder Cup.

He told our Susan Kim that he loves everything about Whistling Straits and that “this is perhaps one of the most beautiful golf courses in America. With all the sand and interesting lies, the challenge is omnipresent.” Part of that challenge is the wind, which Whistling Straits is known for as it sits right on Lake Michigan.

Koenig was one of 200 people who applied for the internship and got the job through his social media skills as @pjkoenig on Instagram along with his photo work and application, where he cited his ex-wife as a reference for vouching for his love of the game.

Koenig says: “She had no comment.” Rob Jansen, WSGA Executive Director, said, “The program exceeded all of my expectations. The courses loved the exposure and great pictures we sent them of Patrick (and Bobbi).” Bobbi Stricker is the other intern. 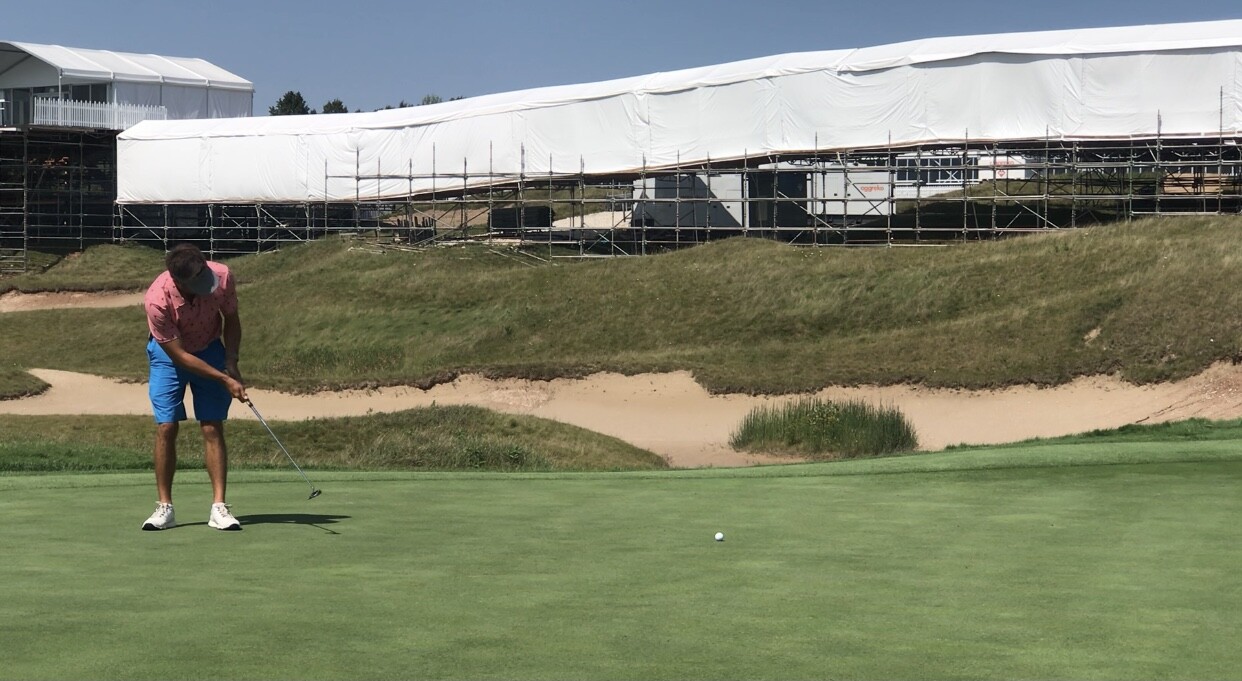 She played golf for UW-Madison near her hometown and is the daughter of professional golfer and Ryder Cup captain Steve Stricker.

Since beginning his internship in mid-July, Koenig has played 65 courses, from neighborhood courses to big names like Whistling Straits, Sand Valley and SentryWorld. Koenig says the great thing about golf in Wisconsin is that most of the best golf courses are mostly public.

“If you have cash in your wallet, you can come here and play Whistling Straits. That’s not the case in a lot of places, especially California. Most of the great courses out there are private.”

Koenig cannot yet say which course was his favorite. He’ll have to sit down and think about it when he’s finished. But he said he really liked Eagle Springs, a nine-hole course in Eagle, Wisconsin with a “Volcano” hole. He says he felt like he discovered a hidden gem. 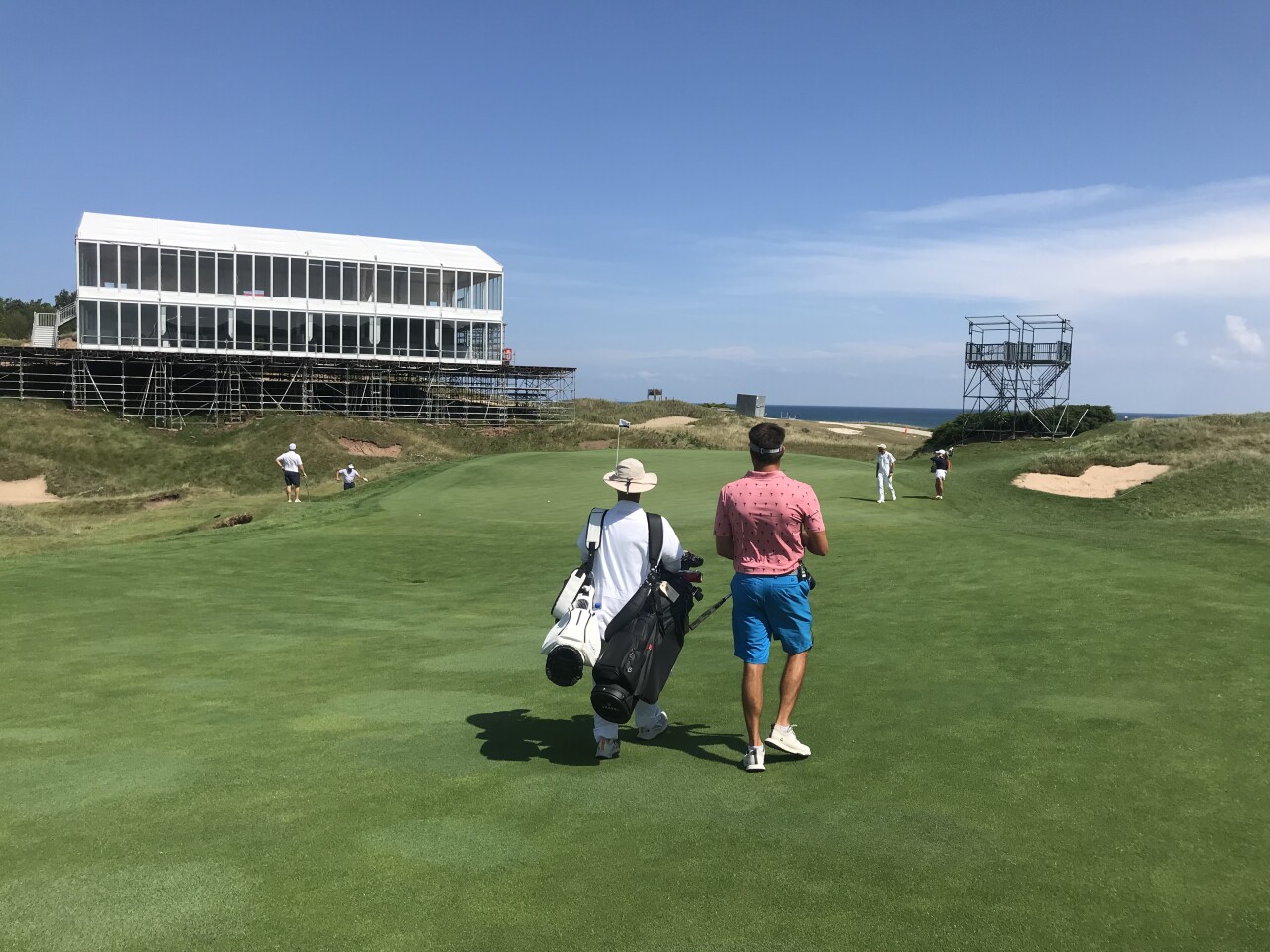 As a golfer, he looks forward to playing on the Straits course again because the Ryder Cup will be there in a few weeks. Koenig says, “There’s nothing bigger. It’s a bit like the Super Bowl in town.” The WSGA paid Koenig $ 10 an hour and covered his expenses.

When he finishes his internship next week, he will have played 70 courses in 50 days. Koenig also hugged Wisconsin staples, brats, and cheese while he’s here. So far he has consumed 17 brats and about 14 pounds of cheese, “mostly quark, mostly friend”.

← Letters to the editors on Friday It's not just about Kenmare Golf Club. It's part of the city. →