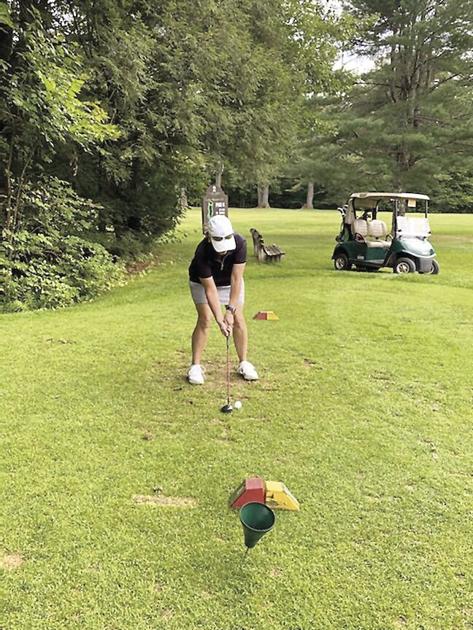 What a great tournament this past week at Liberty National in Jersey City, NJ! It was the first week of the FedEx playoffs and there was a lot of great golf. Here are some of the highlights:

On Saturday, Cameron Smith shot up the leaderboard with a pair of 30s, shot a 60 and set the course record.

Sunday’s lap was postponed to Monday due to the tropical storm that was sweeping the area.

On Monday, during the finals, Tony Finau shot a 65 and a 30 came into the clubhouse. At 14 under he took fourth place, went into the last lap and illuminated the last nine holes with three birdies and an eagle. This forced a playoff with Smith after both players worked very hard 72 holes in hopes of winning the Northern Trust.

Getting into a playoff is tough after being knocked out with the hope of a win from the added pressure of extra holes. Smith hit his tee shot on the first playoff hole and was two strokes behind Finau. Tony Finau won the hole and the tournament by par – it was his first PGA Tour win since 2016. Congratulations to Tony Finau!

This week the BMW Championship is taking place at the Caves Valley Golf Club in Owings Mills, Md. Jon Rahm is the defending champion of this event where the top 70 PGA Tour golfers will compete for a spot as one of the top golfers. 30 golfers reach the Tour Championship at East Lake Golf Club in Atlanta, Georgia. Caves Valley is a long golf course and will play 7,542 yards. Ten holes have many chance / risk opportunities and that will affect the leaderboard as the weekend progresses.

The FedEx Playoffs give the best of the best the chance to win the FedEx Cup by finishing strong and collecting extra points in this three-week format. Many players are still on the hunt and have a good chance of winning the FedEx Cup next weekend. Let’s take a look at how the FedEx playoff rankings have changed after just the first weekend. Finau went from 23rd to 1st place with his win on Monday. Rahm is in 2nd place and Smith has moved up from 16th position to 3rd place.

Anything is possible as we continue to watch the greatest players compete against each other this week. But the fact that some of the top finishers have made so many top 10 finishes could be an indication that they are all knocking on the door for another win in the days ahead.

“To be a good putter, your eyes have to be over the golf ball. One way to check where your eyes are is to place a golf ball on the bridge of your nose and drop the golf ball. If your eye position is correct, the ball should land on the golf ball you are putt. If not, you have to stand more upright or shift your ball position until it lands on the ball. “

Please feel free to contact Kim O’Neil if you have any questions about this or your golf swing. He is available to help you improve your golf game.

Clubhouse Manager Joe Mosca congratulates everyone who played this year.

Here are the results from the points quota of the Ladies League on Wednesday. Laurie Ranz won the highest award with +7 points, followed by Cricket Catalucci, +3 points; Debbie Chase, +2 points; Rita Descoteaux -1 point.

There were five chip-ins: Laurie Ranz had three chip-ins, while Jane Goulart and Susan Dugdale each had one.

Hale’s Location Golf Course, West Side Road, North Conway, (603) 356-2140: In the Men’s League results on August 24, Richard DeFranzo took the top honor with +5 points and there was a four-way tie in second place between John Reddy, John Fogarty, Jim McLaughlin and Dave Moretto, all with +2 Points.

The closest to the pins on hole 6 went to Dale Petts.

Lake Kezar Country Club, Route 5, Lovell, Maine, (207) 925-2462: Last week, Lake Kezar had its second Superintendent’s Revenge Scramble of the summer. There were 21 teams and there was a lot of laughter. A children’s driver had to be used on one of the holes and a children’s putter on another hole.

Cash prizes were awarded in very unique categories. Mike Lewis and Pattie Street made it all fun. Winners and losers alike. They have plans for another Superintendent’s Revenge Scramble in September.

Upcoming events will be published on our website and in the advertisement on the golf page in this newspaper. First up is the Fryeburg Rec Tournament, which will take place from September 11th to 12th and is in its 30th year. Registration forms are available in the clubhouse and can be viewed online.

The NCCC Senior Club Cup was also held last week and the winners were Mary Deveau for the women and Dana Russian after a playoff with three golfers for the men.

This year’s Ladies Club Cup winner was Nancy Morris, who beat Donna Wallace for the championship.

One of the next events is Titleist Fitting Day on Saturday, August 28th. Please call the Pro Shop for more information.

Indian Mound Golf Course, Center Ossipee, (603) 539-7733: The 16th annual golf tournament of the Wolfeboro Lions Club takes place on Wednesday, September 15th at 8:30 am with a shotgun start. Stop by the pro shop to pick up an application.

Advance reservations for tee times are recommended and can be made by calling (603) 278-4653 (GOLF). You can find more information about the course online at tinyurl.com/w3ysc5fh.

“May your ball lie on green pastures and not in still waters.” – Ben Hogan