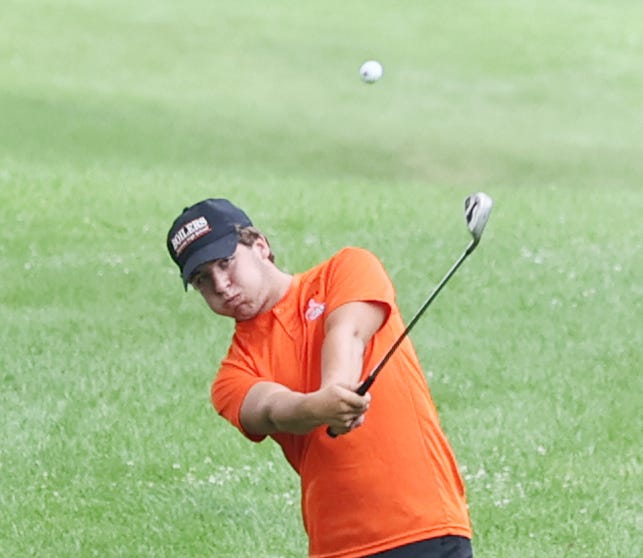 On Thursday, August 12, the weather allowed the Kewanee Boys and Annawan Wethersfield Boys and Girls to visit golf courses in Henry County, but prevented the Kewanee Girls from pitching in Peoria.

Carter Fenza shot 39 to win match medalists and lead the Cavaliers to a 167-197 win over the Boilermakers.

Scoring for LP were Coleman Rundle, 41; Connor Noramczyk, 43, and Drake Hawthorne 44. Also on the track were Jon Milota and Caden Valenzuela, both 47.

The Kewanee girls were supposed to be playing Bartonville Limestone at Limestone Madison Golf Course in Peoria, but by noon it was clear that storms in the area would prevent the game.

The girls only have one game, Monday August 16 at 4pm, against Bureau Valley and LaSalle-Peru in Hidden Lakes, Sheffield.

The Titans hosted the Galva Wildcats at the Midland Golf Course in rural Kewanee.

Stark County prevailed among the boys in the triangle at 196, followed by Galva at 221 and AW at 227.

Also counting for the Titans were Ben Ryan, 57; Seth Moore, 58, and Branton Robinson, 61. Others on the course included Will Rumbold, 62, and Landon Smith, 78.

AW only had three girls so no team results were reported.

Elizabeth McGill of the Titans shot 63 for the medalists. Other Titans on the line were Elaina Manuel, 68, and Katie Attig, 84.

DEPENDS ON: The AW boys and girls have three meetings next week, all in Midland. They are hosting Orion on Monday, August 16 at 4pm; Fulton at 4 p.m. Wednesday August 18; and Galva and West Central at 4 p.m. Thursday August 19.

Allegiant plans to resume work on a $ 510 million Florida...