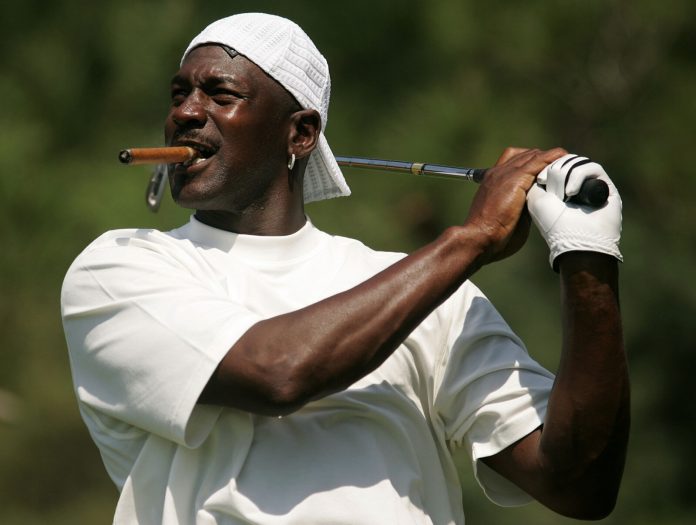 Jordan’s love affair has never been a secret. Don’t panic because we’re talking about golf. Michael Jordan reached greatness as a basketball player by winning six NBA championships, but some of his best, most entertaining stories come from his time on the links.

Jordan’s passion for golf began even before he joined the NBA. When the North Carolina Tar Heels were eliminated from the NCAA tournament in 1984, MJ and his friends still had some time. And once he played the UNC golf course with them, he could never go back.

When Jordan opened his own gold course, he immediately made headlines. In fact, snapshots of its facilities and the view took social media by storm. Let’s take a quick tour of the golf world.

Bobby Weed, a renowned golf architect, developed the design for this course. He was the brains behind several of America’s best courses. As the name suggests, the entire gold course surrounds an ancient orange grove specially planted near Jordan’s home in Florida.

This place offers every luxury a golfer can imagine. From a learning facility, a practice area, a clubhouse to an 18-hole course, Jordan has left no stone unturned to make it a paradise. However, it is a super-exclusive club with less than 100 members; the rest can only come by invitation.

The architects have revealed that it also consists of changing rooms, a dining area along an indoor and outdoor lounge.

There’s one more feature that goes perfectly with his Airness nickname. Whenever you order drinks and food while playing, delivery will be made by drone.

Does anyone expect less from someone like MJ anyway?

Here is the video Caroline Wozniacki posted yesterday about drone delivery of food and drink at Michael Jordan’s new Grove XXIII golf course. (Also the scooters in the background) pic.twitter.com/QEAyUCI0yO

WATCH THIS STORY: Michael Jordan’s insane one-handed ball fakes will shake you to the core

Although this course has been open since 2019, wild stories are constantly rolling around about it. Also the fact that no photos are allowed in the clubhouse and everything else should stay under the table. But the craziest part is that Jordan built the course to be beneficial to the way he played, which is why it was given this nickname.

According to GQ: “According to Jordan’s own requirements, the course plays hard and fast and can be configured in different ways. Natural canals, sand ridges and banks form the hazards, with the course supposedly inspired by Shinnecock Hills. “

And of course we all know that MJ likes to build places like his mansion in Chicago that allude to his playing time. So the tougher tee marks are Carolina Blue, as if they were a tribute to his University of North Carolina. On the other hand, the short tee markings show the Chicago Bulls as they are red and black.

There could be a lot more we don’t know, but one can only imagine why one would want to play golf in this beautiful place.

Amazing Home near Rochester, NY has its own private golf course...