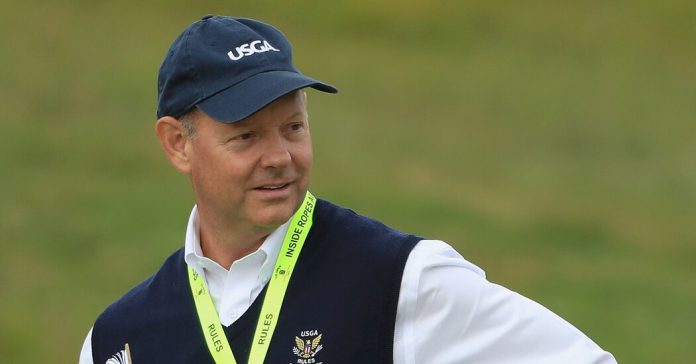 The head of the United States Golf Association is one of the most powerful figures in golf. Mike Davis’ resignation as CEO of the organization a week after this year’s United States Open – his 32nd – offers a moment to look back at the game of golf.

Davis, who played college golf, has worked for the American Golf Association for most of his career. He takes pride in the organization’s accomplishments beyond the golf championships, which include the US Open and six other events.

Davis, who became Executive Director in 2011 and CEO in 2016, tossed the organization’s influence behind programs that expanded the game to children, including First Tee, and increased women’s participation in the sport with Girls Golf.

But Davis, 56, also takes pride in what the USGA has done for golf course maintenance, such as water conservation and grass research, all with an eye to environmental impact and cost savings. In recognition of this, the organization’s Turfgrass Environmental Research Program will be renamed the Mike Davis Program for Advancing Golf Course Management.

None of this would be possible without the success of the US Open. It brings in 75 percent of the organization’s total annual revenue of $ 200 million. And Davis has kept a close eye on this major’s financial stability since he was involved in the USGA’s decision in 1993 to bring all matters related to the US Open into the house.

Davis, who is planning this? form the golf architecture office Fazio & Davis Golf Design with the course designer Tom Fazio II, will be replaced by Mike Whan, commissioner of the LPGA Tour.

The following interview has been edited and shortened.

What did you do before you joined USGA in 1990?

I worked in Atlanta for a company selling commercial real estate. One day, out of the blue, I got a call from Mike Butz, who was then number 2 at the USGA under David Fay. Mike and I were raised in the same hometown [Chambersburg] Pennsylvania, but I didn’t know him well. He said we had an opening at USGA. I wasn’t sure I wanted to do that at all. I remember driving up and seeing Golf House [U.S.G.A. headquarters]. It was an image that has been ingrained in my head since the 1970s. I accepted the job.

What was your first job at the club?

I was hired with a focus on championships. I was a kid in a candy store. It wasn’t just about meeting the likes of Arnold Palmer, Jack Nicklaus and Seve Ballesteros. It was to see the great courses in the country. It was really as meaningful to me as meeting some of the greats in the game. At the same time I dealt with the rules of golf. When I got good with governance, when I got good at events like the US Open, when I was comfortable on the ropes, that was a turning point. Still, when it’s the US Open and a rule situation arises, there is pressure. In 1993 I was asked for a second opinion at Baltusrol. The player in question was Ballesteros, one of my heroes. We denied him relief. I have confirmed the verdict. You have these memories with great players and a lot of pressure.

They are known for the way you set up championship courses differently. What influenced you

I remember going to the 1980 US Open in Baltusrol with my dad. That Friday, Keith Fergus hit his ball just under the rough on the right on the fifth hole. I watched Fergus swing and he moved his ball five feet. His fellow competitor had fired a terrible shot that was so far off the rope line, where the grass had been trampled, that it was easier for him to lie. Then he struck it 15 feet out of the hole. I turned to my dad and said I know golf is random, but that’s unfair. During my tenure, we moved the rope lines more. It wasn’t spectator friendly, but it kept the championship pure. Then we introduced graduates [lengths of] Rough. It allowed players to put their shooting skills to the test. There was this template for US Open courses – narrow fairways, high rough and fast greens. We wanted to move the tee boxes more and present the architecture. We wanted to punish bad strokes and reward good ones, but we also wanted players to think more about the clubs they were using. It introduced a lot of course management.

The USGA has always drawn criticism. What criticism was justified during your time?

No doubt we have made our fair share of mistakes. One of the biggest examples was what happened to Dustin Johnson at the US Open in Oakmont in 2016 [when he was assessed a one-shot penalty for his ball moving — seven holes after the infraction]. Then there is criticism of the governance. When we said we won’t allow putters to anchor [steadying the handle against the stomach], people got angry. It’s similar with distance. If we think it is in the best interests of the game, we will act. Governing is not easy. You have to think long term and then you just take the blows.

What did you particularly like about your time as head of the association?

I liked building championships and governance. We were ready to face some difficult problems, and we weren’t always right.

How did the course design go for your next career?

Back in my junior days, I had this fascination for golf courses. One of the things I dealt with the USGA was seeing most of the greatest golf courses in the world. I had that in the back of my mind. I don’t know if I’ll be good at it, but I’ll be passionate about it.

Is there a chance you will enter a senior amateur tournament?

I do not think so. As a junior golfer, I was probably my best. College golf, I wasn’t that good. I’ve won some nationally, but I didn’t qualify for a USGA competition. I still have a handicap of 5. But there is a big difference between a handicap of 5 and a scratch golfer. I’ll be playing in club championships again, which I haven’t done in 25 years. 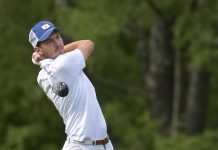 Golfers in the region qualify for the upcoming mass. Amateur...