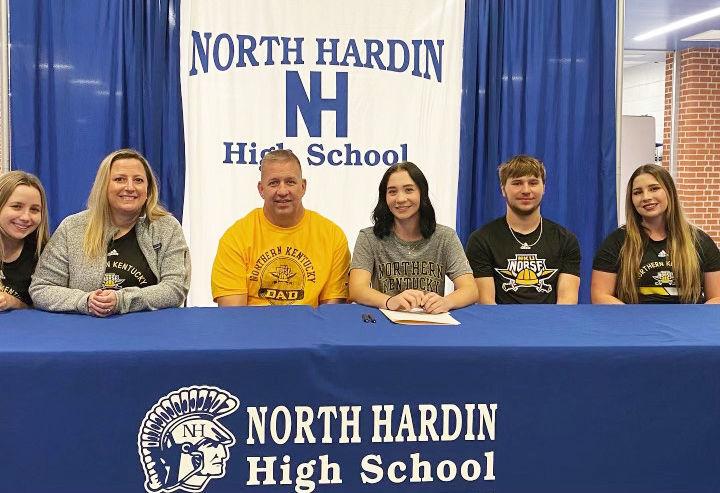 Hailey Coleman has made golf courses glow as a member of the North Hardin girls’ team since middle school. Now she has an NCAA Division I competition to look forward to in the near future.

The senior signed her letter of intent last week to continue her academic and athletic career at Northern Kentucky University.

“I’m incredibly excited. It’s just a new place, a new opportunity, ”Coleman said. “I met some of the girls and spoke to them on social media. It’s just a really great feeling, a really great fit. When I got there, compared to other places I had visited, I knew it really felt right. “

Coleman, who wants to major in Political Science and minor in Environmental Science and hopes to get into environmental law later, has been drawn to the Nordic program early on because of the connections she has made with the coaching staff and players competing.

She also appreciated the campus itself and its location.

“They’ve always been in my sights since I was younger. (Northern Kentucky men’s golf coach Daryl Landrum), the former men’s and women’s coach and now only the men’s coach, he initially recruited me. Now we have (Northern Kentucky Women’s Golf Rachel Hyde) she’s on my Twitter since I got it, ”she said. “It was always in the picture, but when I visited it hit the girls. It was really cool. I loved everything about it. People say it’s like a cement jungle but honestly the architecture was very beautiful to me. It’s very close to a city, but not enough to make me incredibly anxious when I walk out of my dorm. I look forward to playing. I know that as soon as I go to Northern I actually have the chance to play as a newbie, which is super exciting and doesn’t happen that often. “

After finishing her high school career with four regional team titles and an individual region title, Coleman hopes that earlier achievement will make even more of a difference in this next chapter.

“I definitely want to get some low scores with the team. I think it would be great to set some programming records as a team, ”she said. “I just want to present myself out there with some confidence. The competition against college athletes in Division I is a different field, a different atmosphere that I don’t even know because I haven’t experienced it. I’m just really looking forward to the competition. I think this will be really good for me. Goals are just to really work the hardest and be as competitive as you can against these really great athletes. “

Coleman had a long list of those she wanted to thank for helping her make this point, family, coaches, teammates, and others.

“Of course my father. My father pushed me like crazy for all of my golf sport. He made me do it. Corey Stith, my swing coach I currently work with, the golf academy as a whole, ”she said. “Ken Suratt, my high school coach. He’s phenomenal, he’s done so much for the team. My team that pushed me this year and all the girls that I played with and just the competition for pushing and pushing. Also (former North Hardin golfer and current head coach of women’s golf at the University of Houston, Lydia Gumm) for being the reason I got here. I know my dad really wanted it, but I didn’t really start practicing until I was with her. “