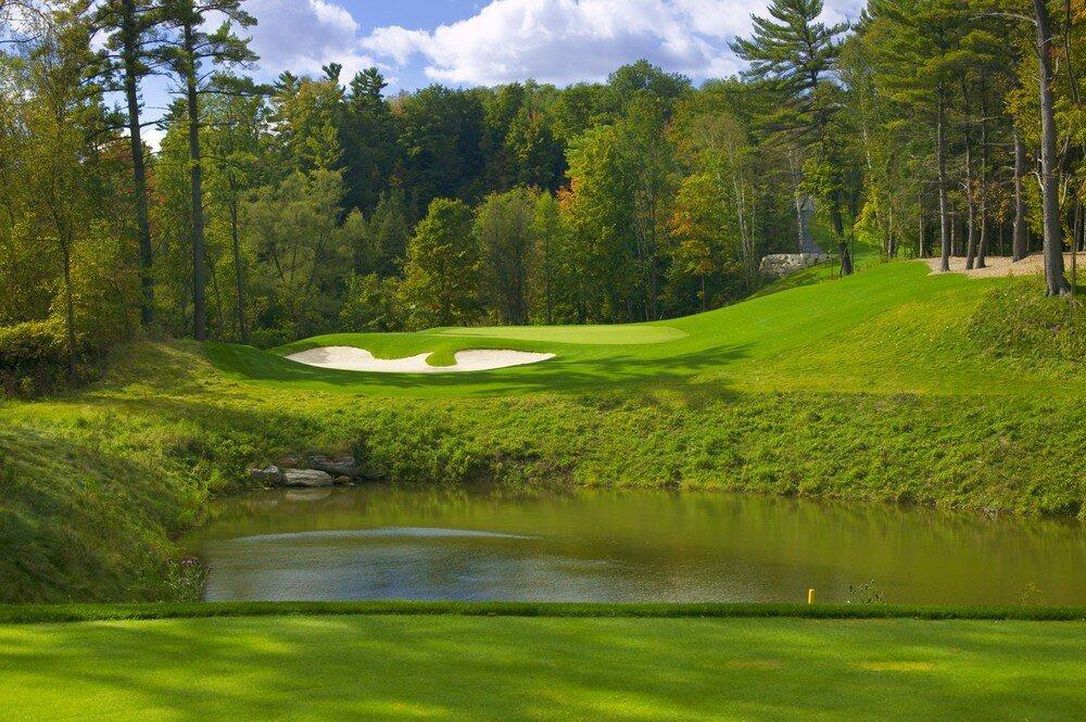 My dad swore when the golf ball shot out of the grass up to the shin. He had expected a nice, arched swing towards the hole and instead watched the ball clumsily slide down the fairway to the green. It was just before dawn and we soon lost sight of it (good eyesight is not a strong element of Edwards’ genetic makeup.)

Then an unusual, but somehow familiar sound: “Tink!”

We went to the hole and looked for my father’s ball. It wasn’t on the green or on the edge. I didn’t think it could have gone too far, but I checked the trees behind the green anyway. Nope. Then I remembered the sound … and checked the hole.

Yes, there it was: the sound I heard was the ball hitting the flagstick and getting a rare eagle score of two under par.

My dad swore again, this time surprised and happy. It was only his second Adler in almost 50 years of golf. There were a few high fives and a quick selfie, we only do that when something big happens on the pitch.

We have forged many great memories over the years. We traveled to Florida for several years in a row with his best friend and my brother to soak up the February sun. He flew to a charity tournament while I was working for a small town newspaper in BC. There were family trips to South Carolina that spent a lot of time on the beach and in the sandpit.

And getting back on track was a huge motivator while battling cancer. The first few laps were slow and painful, the neuropathy in his feet making it even more difficult to move. But now, more than 10 years later, both he and his game have made a good recovery.

We never compete. We play the “best ball,” hitting both from the same spot and then using the better of the two shots. Together we can usually challenge par on our nine hole rounds; otherwise it’s just an exercise in frustration, swearing, and loads of hockey sticks and snowmen on the scorecard (bad scores of seven and eight).

But most of the time, golf is just an easy way to spend time together. The pandemic has made things tougher over the past few summers – as a cancer survivor in his late 70s, my father is the definition of high risk – but double vaccinations and the strict public health measures in the courses have helped. He lives alone so it’s important to get out.

So we chat and get ourselves between the strokes, enjoy our rare successes on the track and try to laugh at the many failures. And when something really special happens – like a happy eagle on a missed shot – we stop to celebrate the moment, a father and son smiling in the fading sunlight.

← New owners of Indian Hills Golf Course are planning big changes in the coming year | Companies From charity golf to talks, awards, fundraisers and a Westgate meeting – The Isle Of Thanet News →