Te Arai South is growing before opening in 2022 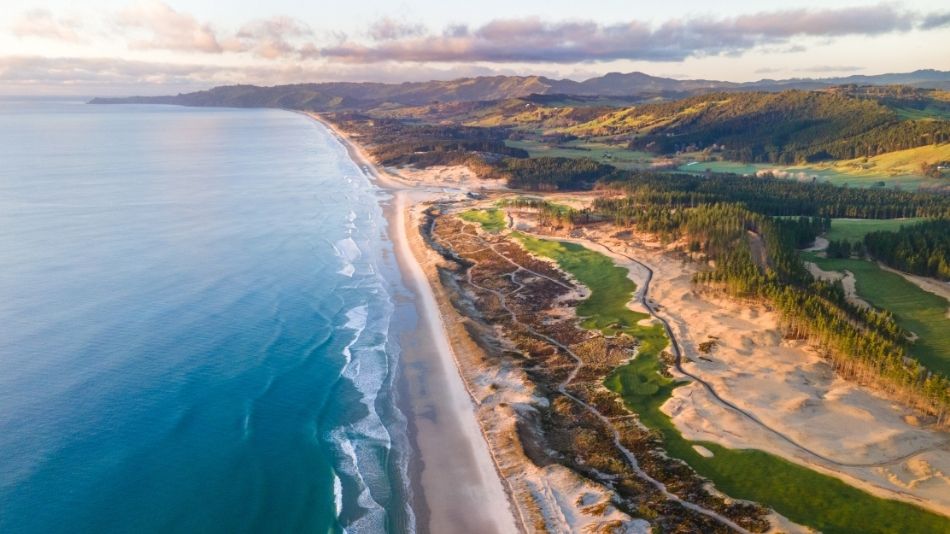 Construction of the new Coore and Crenshaw designed South Course at Te Arai Links in New Zealand has been completed and is growing ahead of opening in October 2022.

The new South Course is part of the Te Arai project – which will also include a Tom Doak designed course, restaurants, cottages and villas – and is located on the east coast of New Zealand’s North Island. The project follows and is close to the success of Tara Iti, Doak’s private 18-hole golf course, which opened to great acclaim in 2015.

“What more could you want when you have undulating sand and dunes along the Pacific Ocean with a great climate,” said Rohrstaff. “Tara Iti is proof of how good golf can be on this property, but each of the courses will have a different personality. Although Te Arai South and North are on the same property, they will be completely different. “

“To anyone who has seen it, Tara Iti is obviously one of the most beautiful and extraordinary golf courses in the world,” said Bill Coore. “It has an amazing routing that radiates in different directions and presents golf in an interesting and extremely entertaining way. Tara Iti is located in a sand dune landscape that is visually connected, but not directly adjacent to the sea.

“Te Arai is located on a rather linear dune area that runs parallel to the sea for most of the course. Thirteen holes can easily be called the sea, with all but the second hole further inland facing the sea from each hole. One could argue that the Te Arai terrain has a greater variety of dramatic landforms than Tara Iti, but like Tara Iti, the character and golf strategy of each hole was determined by the natural dune contours on which each hole was routed. “

Construction of the south course began in September 2020 and has now been completed. It is Coore and Crenshaw’s first project in New Zealand. Coore says he enjoyed the freedom of design that Kayne and Rohrstaff gave him.

“For those of us in the golf design profession, an opportunity like Te Arai is a dream come true,” said Coore. “I have prejudices about the routing, but I think the Te Arai routing shows the amazingly different topography of this dramatic location and the sequence of holes and the individual character of each hole were determined and defined by the natural landforms of each hole through the presented routing. “

The Front Nine are a personal highlight for Rohrstaff. “Holes four, five and six are going to absolutely blow people away,” he said. “It’s incredibly dramatic and it’s early in the round. Then the home stretch from fourteen will be as exciting as any course I’ve ever seen. I speak of these as personal highlights, but there is no weak hole in the course. The stem of the hole that I wondered about the most was the fifteenth, but that turned out to be great too. I think they really did it. We can’t wait to share Te Arai with the golf world when we open. “

One complication with the project, which Coore points out, was “attempting to route and then create the coastal holes while following naturally meandering dune formations and being aware of the regulated setback line of state reserves”. [from the ocean] that was very straight and rigid in the configuration. “

Another challenge, especially for Coore on a personal level, was the impact of Covid on travel restrictions. During the construction period, he made three trips of four to six weeks and each time had to be quarantined for 14 days in a hotel commissioned by the government. During his absence, Associates John Hawker and Riley Johns were able to obtain New Zealand visas and stayed on site all day working with CJ Kreuscher, the grow-in superintendent at Tara Iti.

With the south now completed, work will focus on Doak’s north course in early 2022, with the aim of opening it by the end of 2023.

“Although it has about 1,100 meters of coastline that borders the ocean, most of Tom’s course is further inland, winding through forests and rolling sand hills that are somewhat reminiscent of Pine Valley,” said Coore. “It hasn’t been affected as much by the wind over time, so the sand contours are a little less abrupt than those on Te Arai South.

“Like Tara Iti, Tom’s location in Te Arai will provide opportunities to create a route with more changes in direction for the holes than was possible in our more linear location. The two locations differ dramatically in terms of landforms and appearance, but each has the potential to create a truly special golf course. Taken together, the two will complement each other very well in my opinion. “

This article first appeared in the October 2021 issue of Golf Course Architecture. For a printed subscription or a free digital copy, please visit our subscription page.