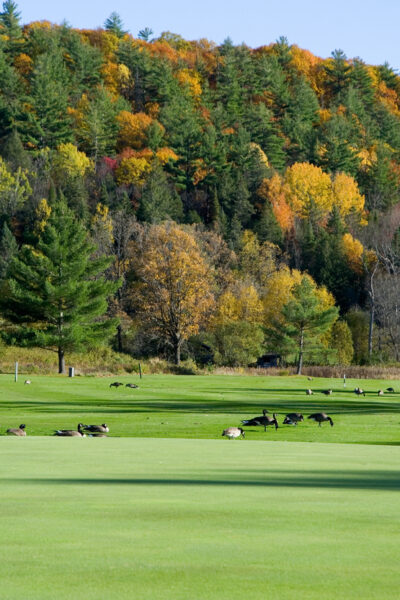 The Guardian newspaper has launched an architect’s call to renovate many of the 94 golf courses in the Greater London area.

In an article entitled “London golf courses could house 300,000 people, study says”quoted Russell Curtis, an architect appointed by London Mayor Sadiq Khan, “design advocate” and author of “Golf Belt,” a study of how London’s golf courses “could help tackle the housing crisis” and “public courses”. Land could be used “in a more creative way” to alleviate the housing crisis ”.

Greater London’s 43 public golf courses occupy nearly 1,600 acres, the newspaper adds, and that could house the 300,000 people mentioned in the headline.

“There are seven golf courses in Enfield alone, but the city council receives only £ 13,500 annually from Enfield Golf Club to rent its 39 acre golf course – less than the typical annual rent for a two-bedroom apartment in the area,” it says there adds.

Curtis says, “Golf course rehabilitation is always presented as a binary choice between beautiful green fields or concrete, but there is a model in the middle where you can create new homes and social infrastructure while also gaining biodiversity.”

Unfortunately, the article does not explain how to build houses on a golf course without concreting them, or how to build living space over a green area and at the same time achieve a ‘biodiversity gain’, apart from the fact that the courses could also be in ‘allotments, [undefined] species-rich green spaces, sports facilities [which is what a golf course already is] or urban farms ”.

“I hope that this will lead to a discussion that also includes the clubs,” says Curtis. “It’s quite difficult and emotional because it’s not just about planning, but also about property and – let’s be honest – also about class.”

The article also quotes Guy Shrubsole, who says urban golf courses should be rededicated by the councils and converted into “public parks and nature reserves with open access for all”.

No information is given about how the municipalities would afford the renovation or compensate for the lack of income from golfers, which is currently used to finance the maintenance of the green space.

This is not the first time The Guardian has covered this issue in the last year. In November 2020 a piece was published with the title: “A few reclaimed golf courses won’t stop the Arctic melting, but it’s the mood we need”. The argument was that golf courses “turn the local landscape into soft greens”, which, according to the author, is bad for the environment because “publicly accessible green spaces” [is] exactly the mood that we need in the fight for climate protection ”.

A problem with these arguments is that they ignore research into the environmental benefits of golf courses.

“The results surprised us,” they wrote. “Of all the green spaces examined, golf courses contained the greatest diversity and abundance of beetles, bees, birds and bats. We found native bees nesting in the ground, which are not found in large parts of the urban landscape because it is dominated by built-up areas and exotic flowering plants.

“The minimum number of bird species we saw on a golf course was always higher than the maximum number on other green spaces. We found much more evidence of bird breeding. There were also a variety of insectivorous birds that are in decline in many parts of Australia.

“Some golf courses support all ten bat species that are known in this part of metropolitan Melbourne. Bat activity was ten times higher than in nearby residential areas. Golf courses also supported twice as many bat species that were considered “sensitive” to urbanization. ‘

The scientists said there are many reasons why golf courses support far more than the typical urban fauna found in cities. A major factor is the complex vegetation structure in large parts of golf courses such as the rough and out-of-bounds areas, they added.

These areas of long grass and dense, often native, shrubbery have little to no human intervention. “These conditions are rarely found in urban parks and residential gardens, which typically have heavily managed vegetation. The relatively high proportion of native plant species, many of which are native to the region, is also very important, ”they wrote.

“This complex vegetation is an important habitat for a wide variety of animals such as small insectivorous birds, larger reptiles and bottom-dwelling mammals.

Another reason is that golf courses have many more large, old native trees. These mature trees are critical to the breeding success of hundreds of animal species because they contain cavities that are rare in urban areas. Since golf courses often prevent other uses, old trees can remain standing longer than is tolerated in other parts of the city.

Another important factor is the exclusion of dogs and the ability to control other mammals, which protects the endangered fauna. 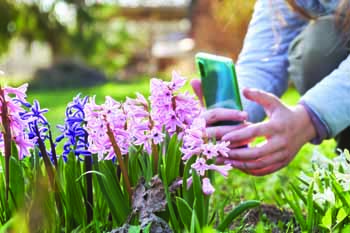 Golf courses also offer a large area of ​​darkly overgrown living space in an otherwise lit landscape. This habitat is vital for nocturnal animals as well as many birds and invertebrates. “Artificial light at night is emerging as one of the most widespread threats to urban wildlife,” they said.

“Large urban havens of dark spaces are unique and need to be protected. However, this can be at odds with increased human activity, especially when night lighting is required to address safety concerns.

“The potential for golf course managers to improve the habitat that preserves biodiversity is also great. Ways to accomplish this include planting trees, sowing native grasses and wildflowers directly, and regenerative burns. Many course managers are eager to do this, although they must proceed with caution as it can affect the speed of the game.

“Some urban golf courses support endangered species and communities, but all are biodiversity sanctuaries in potentially hostile urban landscapes. We need to take this into account when considering alternative uses.

A US study of golf courses in Minnesota, also last year, found that they offer great benefits to their local environment, particularly ambient temperatures, pollination, rainwater nutrient storage and biodiversity.

The researchers are considered to be the largest study ever conducted of the environmental impact of golf courses on their communities withhold more nutrients from stormwater runoff than suburbs or urban residential areas.

Accordingly, converting golf courses into residential or industrial areas would sacrifice the associated environmental value for communities and could lead to decreased biodiversity and increased temperatures, as well as increased nutrient transport to surface and groundwater, they added.

Matthew Draper, England Golf’s senior manager, club, county and membership said, “Golf is beneficial to the financial, environmental and social well-being of the communities in which it is played.

“Sport offers people a variety of physical and mental health benefits, with courses that allow access to open green spaces, a break from everyday stress, a social community and a gentle source of exercise for over 3 million people of all ages and everyone Ability enjoyed.

“The analysis shows that, compared to other sports, a high percentage of golfers depend on the sport for their physical activity, especially in densely populated areas.

“In addition, golf courses provide a natural habitat for wildlife and plants and, as governing bodies recognize and emphasize the importance of sustainability, they have a role to play in positively impacting the environment and the communities in which they live.”