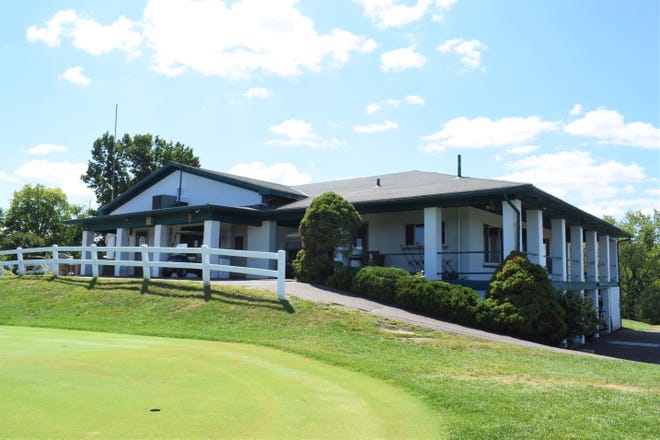 LANCASTER – The Valley View Golf Course and Swim Club has officially been sold and, according to the previous owners, remains in operation.

Cory and Barbi George, who have owned Valley View for 30 years, sold Valley View to Barry and Jennifer Rhonemus.

Cory George’s father Bill opened the Valley View Golf Course in 1956, which was renovated in 1963. Bill’s brothers Dick and Curt also worked on the square, with Curt managing the square’s facilities while Dick helping with the landscaping. The course has been family-owned since then.

According to the Fairfield County Court of Auditors, the Valley View Clubs golf course and swimming club were sold to Geronimo Golf Real Estate and Geronimo Swim Club for a combined total of $ 710,000.

Cory said that when his parents died, he and Barbi faced a difficult decision.

“I have a brother and a sister who took part in the campaign and when my parents died it was either Barbi and I who took a lot of money out of our savings and bought them up or sold the course,” he said.

Barbi said the area golf courses, including Valley View, saw a decline when they brought the property to market.

“There were many reasons [to sell] “These are personal and family things,” said Barbi. “But on the other hand, the golf courses weren’t doing very well when we decided to sell.”

As with Pleasant Valley, Valley View saw an increase in traffic and revenue due to the COVID-19 pandemic as golfing allowed people to continue having fun outdoors at a safe distance from others.

“The last two years have just got better and better as more and more people started playing golf,” said Barbi. “Even though there were fewer trips, we had more tee times and so it started to be profitable again, so Barry comes at the right time.”

Both Barbi and Cory said they had received offers from potential property developers. However, the couple were determined to sell the property to someone who wanted to keep the course operational.

“Various clients made us offers and we just skated them because that wasn’t what we wanted to see,” said Barbi. “So we were pretty picky about who bought it. When Barry came on stage and came up with his ideas, we were very excited because it was some of the same ideas that we had in our heads that would be great for the place. “

Despite the sale, the Georges are not going to go anywhere as both Barbi and Cory will remain in senior positions on the staff.

“The future looks bright and I think the public will enjoy the golf course in the future,” said Barbi.

Barry and Jennifer were both born and raised in Lancaster and were well on their way to becoming high school lovers until Jennifer’s family moved to Toledo in their sophomore year. The couple reconnected 11 years ago, remarried five years later, and lives in Lancaster again.

Barry said he and Jennifer started looking for land to build their new home in Lancaster four to five years ago. In October 2020, the couple began making plans to purchase Valley View Golf Course, a place where he and his family spent much of their free time, according to Barry.

Barry and Jennifer said they expect a seamless transition into operations at Valley View. The couple already have plans to upgrade the clubhouse and landscaping, turning the space into more than just a place for golf.

The Rhonemus family is also associated with the beginnings of the Valley View golf course. Not only were the Rhomemuses regulars on the pitch, Barry’s father Don also helped with masonry work on the construction of a new clubhouse in 1960.

The sale comes after two other courses in Lancaster announced their sale earlier this summer. Pleasant Valley Golf Course on Coonpath Road was sold for $ 1 million in July, while the owners of Lancaster Country Club announced the sale on August 12, with the transaction official in mid-September.

Pleasant Valley owners confirmed that a developer had purchased the property and that the golf course would cease operations by the end of the 2021 season. Details on the country club’s sale have not yet been released as facilities such as the pool and restaurant are already closed while the club’s golf course will be open to the public until September 15.

Logan Weaver is a news reporter for the Lancaster Eagle Gazette. Contact him at 740-277-8396 or email [email protected] for comments or story tips. Follow him on Twitter @loganaweaver.