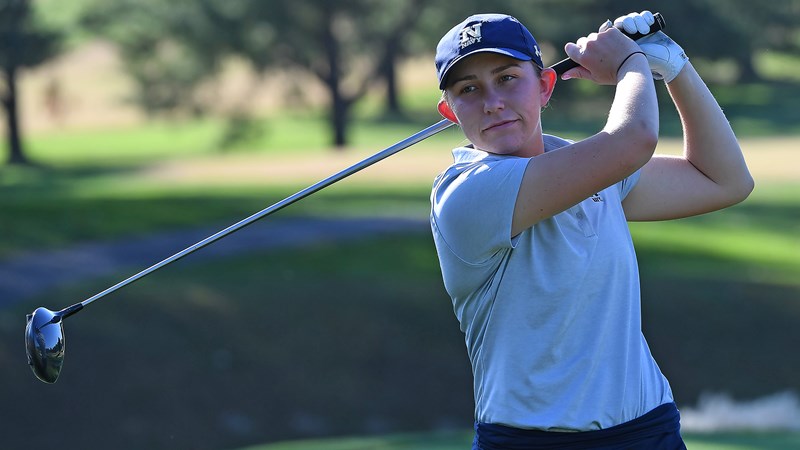 ANNAPOLIS, Md. – After finishing ninth in the William & Mary Invitational last time, the Navy women’s golf team will be back in action this weekend when they compete in the Bucknell Invitational at Bucknell Golf Club in Lewisburg, Pennsylvania.

The invitational begins on Saturday and Sunday at 9 a.m. with a shotgun launch every day. The first 36 holes of the tournament are played on Saturday, followed by the last 18 on Sunday. Live results from the tournament will be available on both days of competition on NavySports.com.

For the Navy in the field for the Bucknell Invitational, Bucknell will host, followed by Holy Cross, Howard, La Salle, Lehigh, LIU, Mount St. Mary’s, Niagara, Saint Francis and Wagner.

Bucknell Golf Club is a par 70 course that is played at 5,900 yards. It has the special honor of being ranked one of the seven best college golf courses on the East Coast while having the privilege of hosting several US Open qualifiers over the past 15 years.

After the Navy finished 12th after the first round of the William & Mary Invitational, the Navy shot a 7-over par, 295 in the second round, to move into the final round on Monday, which was 10th alone Has. The midshipmen finally finished the event in ninth place with a 39-over-par 903.

The Navy’s total score of 903 is the fifth-best performance in program history for a 54-hole tournament, beating the previous score of 907 in the 2019 Patriot League Championship by four strokes. In addition, the Midshipmen had three athletes in the top 35 of the individual standings in a 79-player field.

Newcomer Bridget Hoang (Fr., Lawrenceville, Georgia) stepped into the Navy from start five, putting a 5-over-par 76 in the first round, followed by a straight par 72 in the second round, to a 4- to go over par in the last round 148. A meteoric rise followed for Hoang in round three and rose nine places in the individual standings with a final round 1 over par 73 and took 17th place with an overall 5 over par 221

The newcomer’s 221 is the seventh best overall score in a 54-hole tournament in program history.

Stephanie Lee started the tournament by shooting a 4 over 76 on Sunday before beating that result with a 3 over 75 by a blow in the second round, bringing her score to 7 over 151 in the third round in the final round Lee posted her second 4 over 76 of the tournament to bring her final to an 11 over par 227 and tied in 35th place. In addition, the eight birdies over three rounds ranked fifth for Lee in the event.

The Navy starting eleven was rounded off by newcomer Hannah Han-Kim, who played to a 9-over-par 81 in the first round before returning in the second round with a 4-over-par 76 and into the final round on Entered Monday at 13 over par. The freshman eventually finished with a 16-over, 88 in the third round to end with a 29-over par 245.

After attending the Bucknell Invitational, Navy will return to the Naval Academy Golf Course as the Navy Fall Invitational will be held October 1-3.