Appeal between the City of Canmore, TSMV, continues 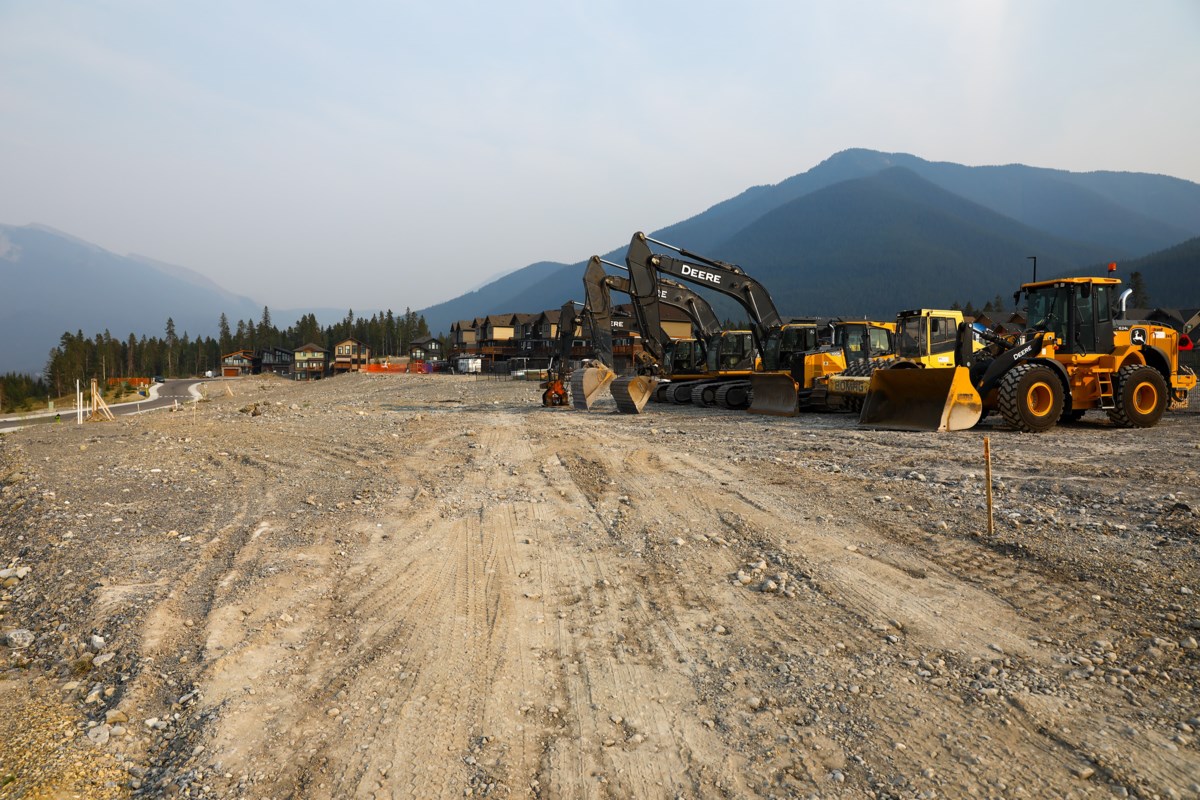 Potential interveners were able to submit their arguments for hearing before the Land and Property Rights Tribunal between Three Sisters Mountain Village Properties Limited and the City of Canmore.

A local indigenous nation and an international environmental and wildlife organization have applied to attend the land and property rights court hearing between Three Sisters Mountain Village Properties Limited and the city of Canmore.

Stoney Nakoda Nation legal representatives and members of the Yellowstone to Yukon (Y2Y) Conservation Initiative asked to be added to intervene – to thirdly enter the ongoing legal battle – which will determine the fate of the defeated Smith Creek and Three Sisters Village Area Breakdowns (ASPs) .

The Stoney Nakoda Nation argued that for nearly 30 years since the Natural Resources Conservation Board (NRCB) decision in 1992, the ASPs failed to meet decision guidelines and a desire to talk about issues that were not considered by the NRCB, such as the Example the rights of indigenous treaties that made them necessary to participate.

“We are not trying to argue a failure or mistake on the part of the NRCB,” said Brooke Barrett, a Rae and Company attorney who represents the Stoney Nakoda Nation. It is important that the tribunal consider what is part of the NRCB on this appeal Approval was before it fully realizes whether or not the ASPs are compatible with that approval.

Gwendolyn Stewart-Palmer, an attorney with Shores Jardine and representative of TSMVPL, told the Tribunal Board the law only allows two legal parties – TSMVPL and the City of Canmore – to be on the appeal.

She added that there were concerns about Stoney Nakoda’s lawsuit, which could challenge constitutional law and previous precedents in the 1997 city government committee hearing that led the city and the previous landowners to settle in 1998. The case only allowed the city and the landowner to participate.

Stewart-Palmer said it would be a “collateral attack” – if legal primacy is challenged in the past – on the NRCB decision.

Y2Y expressed concern about the impact of wildlife, particularly regarding the province-approved wildlife corridor and its potential to disrupt animal movement in the Bow Valley, which is considered a sticking point in the Y2Y region.

Jodi Hilty, president and chief scientist of Y2Y, and Hilary Young, the organization’s senior program manager in Alberta, highlighted that the NRCB decision required a minimum width of 350 meters for a corridor and said the Environmental Impact Study (EIS) would approve the ASPs lacked proper data and monitoring of wildlife patterns.

“The EIS produced by the applicant shows that it has failed on its behalf to carefully monitor the wildlife impact of the already completed development of Three Sisters lands outside the Wind Valley and within the Bow Valley Corridor, resulting in a shortage of Trust leads that the impact of Smith Creek and Three Sisters Village ASPs would or could be significantly mitigated, ”said Young.

“This is evidence of their lack of surveillance and wildlife patterns and their use of outdated data and neglect of the scientific wildlife corridors to support their proposals.”

“The Three Sisters received required provincial approval, but they disagree,” Stewart-Palmer told the tribunal board, which also stated that Y2Y was not part of the 1992 NRCB ruling. “I don’t know how anyone would explain this to attack as a side attack. Three sisters had to obtain this approval, they have received this approval and are now trying to develop the area structure plans. “

The original wildlife corridor application was rejected in 2018 and the now approved corridor in February 2020 took the local environmental community by surprise, expressing concerns about the wildlife movement data used.

Both the City of Canmore and TSMVPL also made their oral arguments that the two defeated ASPs should either be heard separately or jointly.

The hearing reached a total of 27 attendees, including representatives from TSMVPL, Canmore City, the Province, delegates from the NRCB and Y2Y, and attorneys representing the Stoney Nakoda Nation.

The tribunal is a quasi-judicial body and held its first hearing in early September to discuss the Smith Creek ASP only.

Heesung Kim chaired the tribunal, with lawyers Debi Piecowye and David Thomas rounding off the panel.

The city and TSMVPL requested an evidence hearing in Edmonton, tentatively scheduled for February 2022, but the dates have yet to be confirmed.

The appeal for Smith Creek was filed on July 9th and August 9th for Three Sisters Village. TSMVPL has done this in accordance with Section 619 of the Municipal Administration Act, whereby the hearing must legally begin within 60 days and after completion a decision must be made 30 days after the hearing has formally closed.

The appeal cited the 1992 NRCB decision for the future project, arguing that the city must approve the ASP if the “application matched the permit or other permit given in the NRCB decision”.

A judicial review was cleared by the Court of Queen’s Bench on June 14th for Smith Creek and June 25th for Three Sisters Village. It has been adjourned indefinitely, which means there is no schedule for its completion, much like an appeal.

The TSMVPL appeal alleged that the company had attempted multiple plan approvals and had “long delays, unauthorized and unnecessary obstacles and procedures that frustrated the project.”

According to the appeal, TSMVPL spent more than $ 11 million working on the two ASPs between 2017 and 20.

According to Section 619, the court can only hear the complainant and the municipality, unless an intervening status is permissible.

The city and the previous owners of the land – Three Sisters Golf Resorts – went through the 1997 appeal process. The city lost but filed an appeal and the two sides came to an agreement in 1998.