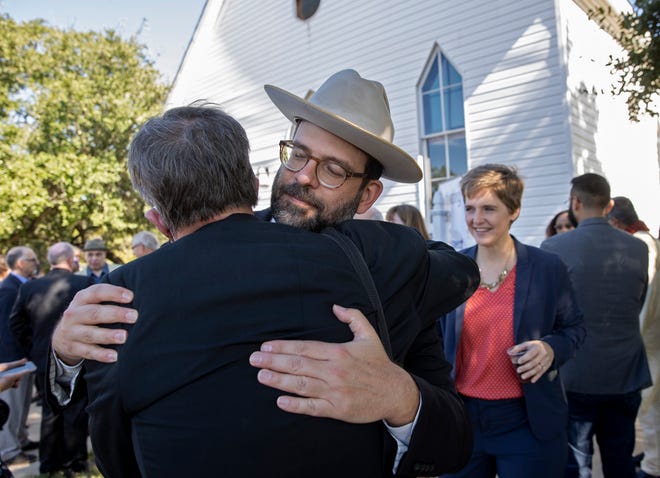 Education is the key to horse riding

Contents show
1 Education is the key to horse riding
2 Society of Religious Intolerance
3 Politifact regularly debunks them
4 Stupidity some people buy
5 Did Trump Do Better?
6 Don’t laugh, look at the records.

The gross intolerance and ignorance of people of different faiths and races in our nation is tragic. My prayers are for the Jewish community who endured this terrible act of hatred.

The only way to rid our society of religious intolerance is through education. It is an excellent opportunity for religious leaders of all faiths to unite in solidarity and share the original teachings of their faith. As the leader of the Muslim Ahmadiyya community, I would like to extend my hand and join those who want to eradicate this hatred from our society.

The first thing I read after the front page of the American-Statesman is Politifact, to see what stupidity people have now fallen into (see recent false claims about the COVID-19 vaccines).

Sometimes my ox is impaled. However, for the vast majority of cases, the column points to the mind-boggling gullibility of too many people accepting some outrageous and absurd claims at face value, most of which appear on some platforms like Facebook, Instagram, and the new right wing flavors of social media, all excellent vehicles for spreading the lies.

Folks, don’t be fooled by these clearly false claims and misinformation of all kinds. Before you believe and pass on this stuff, there should be some background research and you will easily see how false these claims are.

Did Trump Do Better?

Don’t laugh, look at the records.

One of your letter writers said that “Trump made things better”. Before you start laughing, let’s list some of Trump’s improvements. A few hundred thousand dead Americans who believed Donald Trump when he said “It’s going to go”, “It’s like the flu” and suggested injecting disinfectant. Wow! Or let’s take a look at his dealings with North Korea and Iran. He really put them in their place, didn’t he? Both countries continued to develop nuclear weapons while turning up their noses at the rumbling Donald Trump. Ah, that’s better.

A big tax cut for the rich, adding to our skyrocketing budget deficit. Good move. And spending at least 300 days of your tenure in golf resorts, at the expense of taxpayers in the millions, was certainly better than … what? And instigating a treasonable attempt to overthrow the government was a tremendous improvement. Only in an alternate reality did Donald Trump do something “better”.