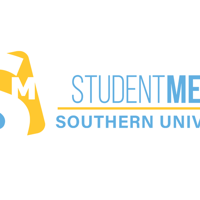 Corruption in the criminal justice system is a facet of our society that has been widely accepted as there has been evidence that minorities have lost out in court judgments in the past. There is no better example of this corruption than the Kyle Rittenhouse Trial, which gained national attention following the defendant’s actions in the Jacob Blake protests last year.

In response to the unrest in his father’s hometown of Kenosha, Wisconsin, Rittenhouse crossed state borders with his mother and a loaded rifle in order to “de-escalate” the already chaotic situation. Whether or not Rittenhouse’s assessment of what happened that night was true or not, it sets a precedent.

Historically, black men and women are more likely to be convicted for any crime that white people are. If you were to add an illegal firearm and three bodies to that equation, I promise Keisha or Tasha’s son would not have made it home to tell the story to Donald Trump on his Marilogo golf course.

If a black man or woman had brandished an illegal firearm while protesting Black Lives Matter, they likely would not have made it to a court hearing. Whether you want to look at the George Floyd, Ahmad Arbury, or Breonna Taylor case, it is evident that law enforcement officials consider black bodies with guns expendable, but white people as heroes under the same circumstances.

From my own point of view as a black person, I can empathize with the fear of losing freedom through criminal justice at a young age. But my empathy and tears didn’t clear any of the kids I grew up with from lesser charges, so neither should they in the case of Kyle Rittenhouse, the killer.

It is a corrupt system that we are exposed to and yet it seems to be working as intended. Black corpses feed the prison industrial complex or the cemetery, and white corpses with the same crimes go to see golf resorts with politicians and bookstores. It’s not the same and it needs to be changed, but as many of my colleagues have said, are we really surprised?