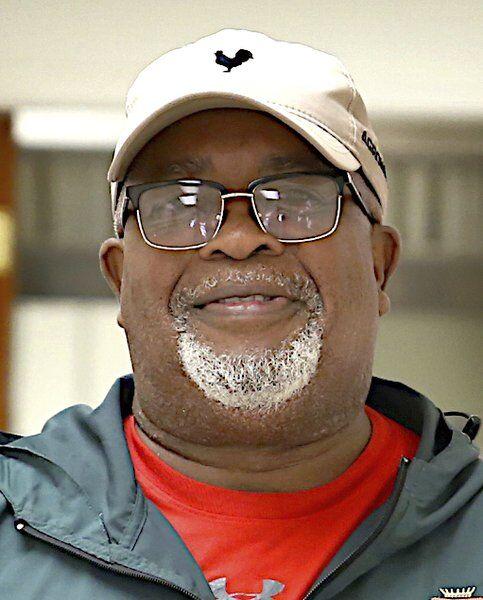 Smith’s selection for the award was announced on November 3rd during the Mississippi Turfgrass Association’s annual meeting at the Mississippi Coast Coliseum & Convention Center in Biloxi, coinciding with the Deep South Turf Expo, a trade show with educational breakout sessions that hosted hundreds of Lawn professionals take part from all over the region.

Smith, who was busy with EMCC assignments at the time, was unable to attend the meeting and learned via text message from Will Arnett, EMCC’s Director of Golf Operations that he had been selected for the award.

“I was looking at the lyrics and I was like, ‘Man, what on earth?'” Said Smith. “That was a big surprise. I had no idea that I was even being nominated. “

The award winners are selected from a wide range of potential lawn grass nominations, including lawn producers, sports turf managers, officials from park and leisure departments, and industrial lawn providers, to name a few.

“This is a prestigious award and we are very pleased that Danny has been selected as this year’s award winner,” said EMCC Training Dean Dr. Michael Busby. “I can’t imagine anyone who deserves the recognition more. Danny is not just an expert in the field, he is a phenomenal teacher who is committed to the success of all of his students. “

Smith has been teaching landscape management and golf / recreational turf management at the EMCC’s Lion Hills Center since 2013. Both programs are offered as a one-year certificate and as an Associate of Science. Smith said all of the students who have gone through the program to date have chosen the associate degree.

The programs are popular and have grown over the years thanks to Arnett, who also teaches the landscape classes. Students in the programs have interned at golf resorts across the country, and Smith often picks up the phone to call a golf course superintendent to recommend one of his students for an internship or post graduation position.

“Our students are in great demand,” said Smith. “I have alumni working as far north as Montana, south like Bonita Springs in Florida, and west as far as California,” said Smith. “It is worth it. We are very proud to train these children. “

A 1979 graduate of Noxubee County High School, Smith attended Stillman College in Tuscaloosa, Alabama on a baseball scholarship. After a year he was offered a scholarship to EMCC to play for Coach Wayne Byrd’s baseball team, which he accepted. From 1981 to 1983 he played baseball at Alcorn State University, where he earned a Bachelor of Science degree in agricultural education with a minor in horticulture.

Upon graduation, Smith took a position at EMCC teaching horticulture and gardening on the college’s Golden Triangle campus, which was a professional school at the time. He later worked at Mississippi University for Women as a landscaping supervisor, a position he held for more than 16 years.

Smith then returned to EMCC to work in the maintenance department who oversaw landscaping on the college’s Golden Triangle campus. In 2013 he was tasked with setting up EMCC’s landscaping and turf grass programs in Lion Hills.

“I love teaching,” said Smith. “I like to see students come in, promote and send them, and watch them excel. That’s what really drives me. “

When he’s not working, Smith enjoys training at Core Fitness in Columbus, where he lives. He has one son, Dantwan Smith, who is an internal medicine and cardiologist in Jackson. Danny Smith is also president of the men’s group at St. Paul United Methodist Church in Macon, his parents’ church.