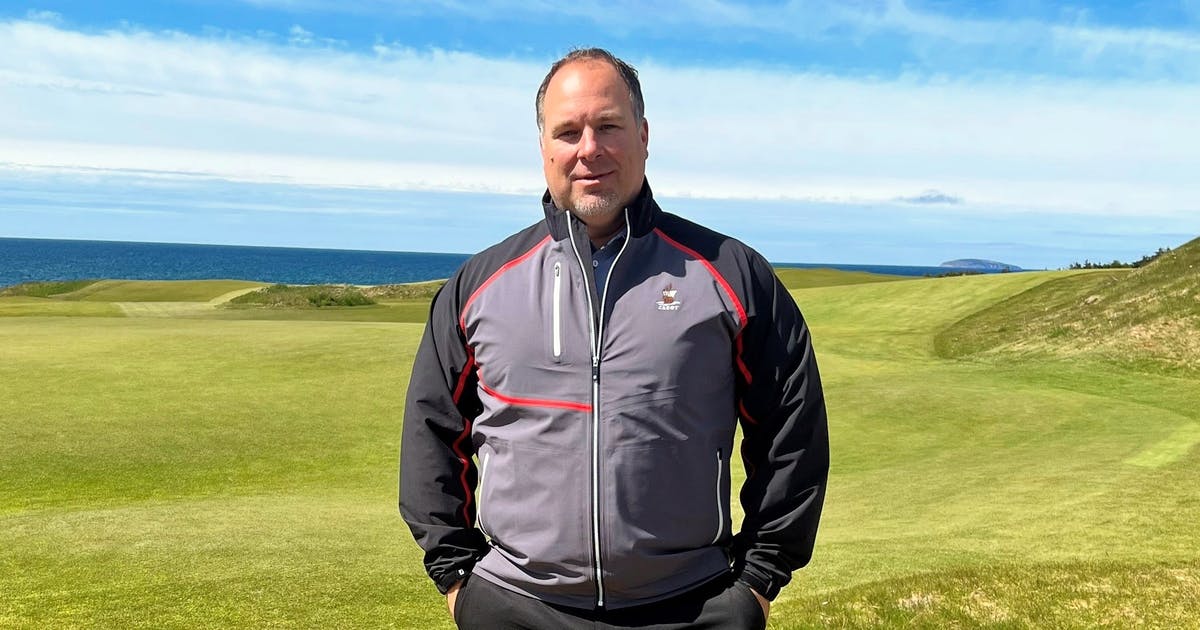 INVERNESS, N.S. — Matt Mackenzie may have scored the dream golf job but he’s not expecting to lower his handicap.

“I hope to get out a few times this summer but with six kids and a new position I don’t think I’ll be able to play much,” said the new general manager of Cabot Cape Breton’s Inverness operation.

Mackenzie took on the position in March after former general manager Andrew Alkenbrack took on new duties with the Cabot Group’s expanding global real estate arm. Alkenbrack had managed Cabot’s flagship resort since the opening of Cabot Links in 2012.

For Mackenzie, the job was unexpected.

“My wife and I did not anticipate me taking this job,” admitted the 44-year-old native of Kelowna, B.C.

“But then it came across my desk. I knew both Ben (Cabot founder Cowan-Dewar) and Andrew (Alkenbrack) fairly well. I had also watched with amazement how this property grew. I was at Cape Breton Highlands Links at the Keltic Lodge when it was established and it didn’t take long for it to become one of the best courses in Canada. I was dumbfounded by how well they had launched the facility.

“So it really was a no-brainer. I’ve had a great run at three of the top golf resorts in Canada, but there is nothing that compares to Cabot Cape Breton.”

Cabot Cliffs is one of two world-renowned 18-hole golf courses located in Inverness. Management of the Cabot Cape Breton operation is confident the 2022 season will be strong. Cabot Cliffs, pictured above, and the Cabot Links are already reporting a significant number of international bookings. PHOTO CONTRIBUTED/CABOT CAPE BRETON – Contributed

The destination golf resort includes Cabot Links and Cabot Cliffs. Both are 18-hole championship courses that have become mainstays on just about every list of the world’s top-ranked courses. The property is perched on Cape Breton’s west coast with stunning vistas of the island’s hilly landscape and the shimmering waters of the nearby Gulf of St. Lawrence. 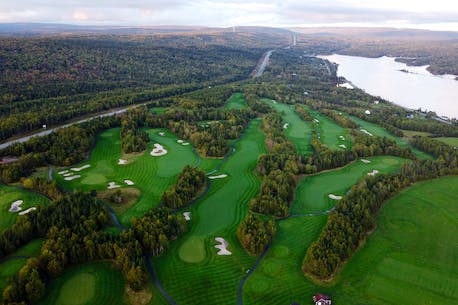 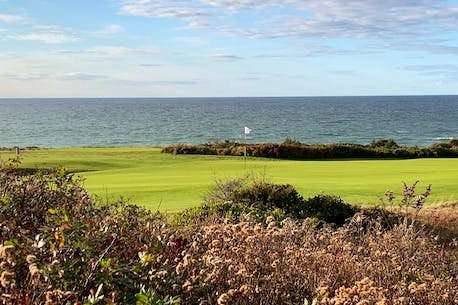 He also founded the Vancouver Island Salmon Classic, spent a year on Destination Cape Breton’s marketing committee, managed the Westin Nova Scotia in Halifax and most recently was general manager of a Halifax-based properties management company.

“I actually got my start in this business when I was 16 and I worked at the Grand Okanagan Resort, which is now called the Delta Grand,” said Mackenzie.

“It had just opened about six months earlier. So, I was just a kid when I started working there as a bellman. It was really my introduction to the hospitality industry.” Tourism has changed over the years since Mackenzie first lugged suitcases at the Okanagan Lake resort. Today’s tourists are generally more sophisticated, have travelled extensively and have high expectations.

When it comes to golf, the Links and Cliffs courses stand on their own merit. The two true links courses are attractive to destination golfers accustomed to championship tracks, luxurious accommodations and top-notch hospitality.

“It’s a great time to be at Cabot Cape Breton,” said Mackenzie.

“We have an amazing combination with great golf courses attached to this unbelievable coastline. The framework has already been established. We have a hybrid of a tradition-inspired golf courses mixed with New World flavour. It is really exciting to be a part of because it is so unique within Canada.

Mackenzie said his immediate challenge is to get the resort back on track after more than two years of COVID-19-related uncertainty. And that means maintaining, if not improving, the operation’s high level of customer service.

“I love building an environment of hospitality,” he said.

“I enjoy working with enthusiastic people who are dedicated to making their career in hospitality. I want to work with them and be a mentor so they can have a deep-rooted connection with what we do.” Bang for the buck

Mackenzie knows that Cabot’s guests spend a significant amount of money to stay and play. While early and late season rates are available, the peak season (July 1 through Sept. 11) green fees at Cabot Cliffs max out at $350 for guests and $440 for non-guests. Peak season rental accommodation rates range from $485 for a Cabot King to $3,630 for a five-bedroom Cliffs residence.

But the price point is not Mackenzie’s concern. He’s all about making sure his guests get value for their money.

“Our guests are looking for an exceptional experience from start to finish,” he declared.

“They’ve heard the reputation, they’ve heard from friends or family or business associates who have been here, and they are entering our world with a very high expectation of service delivery, pride in our craft and making sure there is a magnificence in the experience.

“We are very aware that we are the stewards of their experiences as they venture back into tourism, so I think it comes down to knowing that our guests have a particular preference in looking for a golf experience that is elevated.” A Links to the past. The original of the two layouts at Cabot Cape Breton is a classic links design, a throwback to the Scottish roots of the game. Here a pair of holes hug Inverness beach with a view of Margaree Island in the distance. Jacob Sjöman photo – Postmedia News

Mackenzie is optimistic that the 2022 season will mark a return to pre-pandemic times. He said bookings are already up and he anticipates busy times ahead as more and more people become comfortable travelling again.

“There has been a lot of uncertainty, so we want to bring a level of process and predictability to where guests want to be and what they want to experience,” he said.

“There are some people who are still regaining their confidence in our industry. Everything we do is aimed at getting this property back up to a very, very high level and to have it continue being at the cutting edge of what destination golf travel looks like. We’re also adding new homes and that’s increasing our rental footprint.”

“I’ve had a great run at three of the top golf resorts in Canada, but there is nothing that compares to Cabot Cape Breton.” — Matt Mackenzie

Mackenzie also said he’s excited about Cape Breton tourism in general. He applauded initiatives like the new Cape Smokey gondola lift, the first of its kind in Atlantic Canada, and other ventures across the island.

“We work very closely with our guests so they know what’s available to them and that this isn’t just a one-stop visit,” he said.

“It’s a multiple-day or longer experience that they can be a part of and if they want to own and be a part of it for a much longer time and call this their primary or secondary home then we a lot of exposure to that as well.”

As for Mackenzie’s home, his wife Jessica and the six kids (aged four through 15) are still at the family home in Hubbards near Halifax. He said they didn’t want to disrupt the kids’ school year. Meanwhile, he continues to look for a suitable Cape Breton location for his blended family.

← TOP APPAREL & ACCESSORY BRANDS TO MEET IN PERSON WITH INFLUENTIAL GOLF BUYERS AT THE PGA BUYING & EDUCATION SUMMIT IN LAS VEGAS, JULY 11-12, 2022 LIV Golf letting us know what stars are really like. It’s not pretty. →