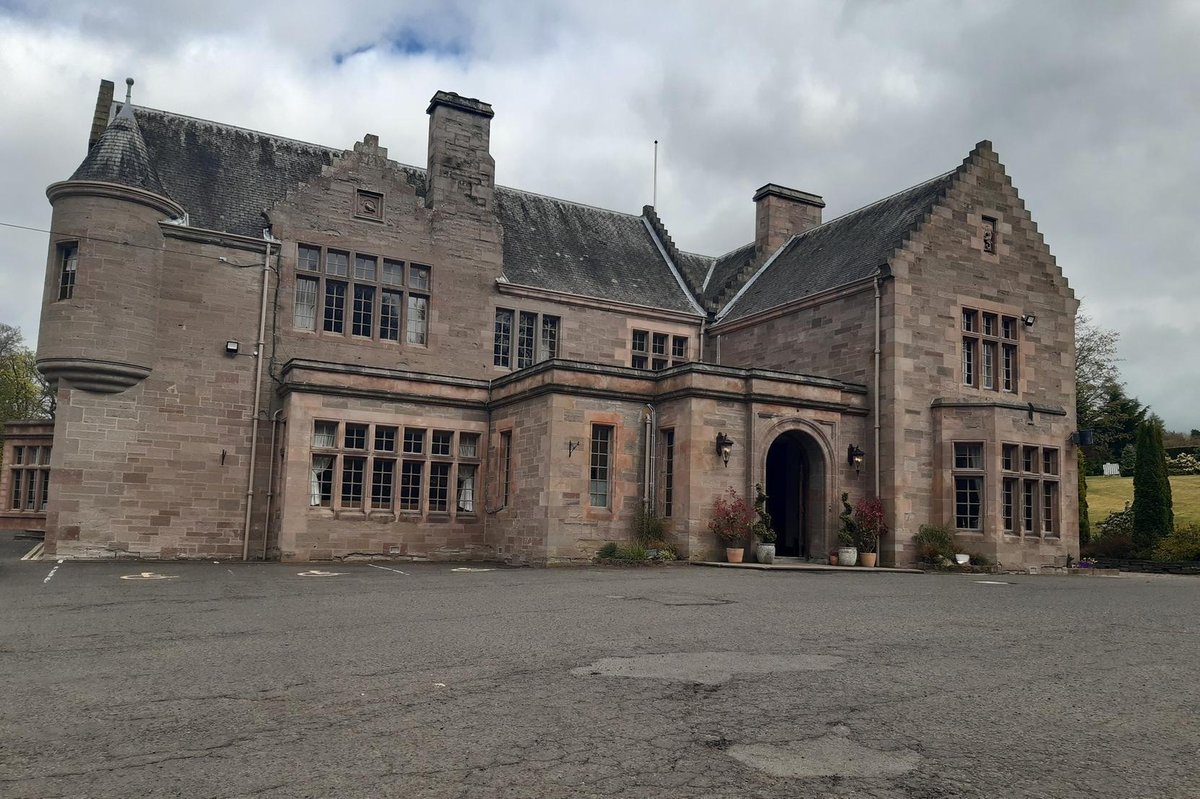 Back in the early 1660s, Sir Andrew sought a location in the heart of Perthshire for a mansion that reflected his family’s long history of public service and provided a refuge from the cut and thrust of Scottish politics.

So he built Murrayshall, which has been lovingly maintained by generations of owners and today ranks among the finest golfing resorts in Scotland.

“We have views to die for here at Murrayshall,” said Gary Silcock, the general manager. “The topography of the land is beautiful. Money can’t buy that. It’s our biggest asset.”

The 365 acre estate offers two parkland golf course – with 18 and nine holes – and an extensive driving range alongside expert tuition.

The visitor to Murrayshall is struck by the estate’s quiet dignity, which reflects the sensitive manner in which the historic building has been transformed into a luxury four-star country house. The 365 acre estate offers two parkland golf course – with 18 and nine holes – and an extensive driving range alongside expert tuition.

The house was modernised in the 18th century and again in 1864. The property continued to change hands, and then in 1973, a group of businessmen bought the house and decided to make the most of the expansive land.

They transformed the estate and created the luxury hotel you see today. Today – under the ownership of Stellar Asset Management – Murrayshall has two core aims; to become a leading golf destination and the focal point for its members’ leisure activities.

Murrayshall is in a stunning setting

The management team are focusing on upgrading the Murrayshall “experiential journey”, at a time when the leisure sector is bouncing back from the restrictions imposed during the pandemic.

They want to create a club where every member regards Murrayshall as being more than just a place to enjoy golf ; it becomes an integral part of their lifestyle.

They also aim to recapture the look and feel of Murrayshall from the 1980s, using the same sand as that used at the PGA Centenary course in Gleneagles.

Mr Silcock , who previously worked at Gleneagles, La Manga Club and the Belfry, said: “Our aspiration at Murrayshall is to become a top 25 golf resort in the UK .

The surrounding countryside has a number of fascinating walks

“To help achieve this we plan to add a spa and increase the number of bedroom offerings and a new branding and stronger identity for the restaurants and bars.”

The plans for developing Murrayshall are also expected to provide a boost for Perthshire’s economy.

“We have an application going through planning to build holiday lodges on the site currently occupied by the driving range,” said Mr Silcock.

Mr Silcock also stressed that this development will raise millions of pounds in taxes, providing support for public services.

“Our plans aim to maintain the integrity of the estate,” he added.

“We also benefit from the strong labour pool in the hospitality sector around Perth.”

Hundreds of houses are being built around Perth and Scone, which shows the size of the potential local market for attractions like Murrayshall.

“Murrayshall has historically had a great reputation for food and weddings, and since it was acquired by Stellar Asset Management in 2018 investment has been stepped up,” said Mr Silcock

“Stellar provides the agility to move fast in a location which has three million people within an hour’s drive. Edinburgh airport is just 45 minutes drive away.

Today – under the ownership of Stellar Asset Management – Murrayshall has two core aims; to become a leading golf destination and the focal point for its members’ leisure activities.

“We hope the business will become less seasonal,” he said. “Perth is booming with a large number of house sales as it becomes a commuter base for Edinburgh and Glasgow.”

The support from Stellar means Murrayshall can expand at speed or stop and reflect according to changes in the economy.

“The business is well placed for the Scottish and UK market and also international customers because of our closeness to the airport,” said Mr Silcock.

Last year, Murrayshall appointed Clarke Lutton as its new Head of Golf, in a further sign the resort is raising its game.

The Aberdeenshire-born and former touring professional joined Murrayshall from Gleneagles where he held the position of PGA Professional from 2018. He previously held roles at The Brisbane Golf Club, Australia and the Doha Golf Club, Qatar, where he worked for 11 years.

. He brings with him a wealth of experience to Murrayshall, having played alongside some of golf’s most famous names such as Rory McIIroy and Bryson Dechambeau.

The team at Murrayshall has created meandering ditches and reshaped greens to improve course conditions. Work has also been carried out to improve drainage, and enhance bunkers.

Anyone setting foot on the course today cannot fail to be impressed by the majestic calm of Murrayshall’s setting. You might also wish to venture beyond the estate and explore a host of intriguing walks in the surrounding hills, taking you to follies and memorials which reflect Perthshire’s colourful history.

Murrayshall’s restaurants have also undergone a rebranding, with the Eolas restaurant serving dinner and breakfast and the Cairns providing all day dining. Diners can enjoy peerless views of the scenery that once entranced Sir Andrew Murray.

Later this summer, Murrayshall will host an Order of Merit event, featuring 80 of the best PGA professionals, and a ProAm tournament which will act as a showcase for the revamped course.

Murrayshall has been at the heart of Perthshire’s public life for more than three centuries. With such ambitious owners, you sense it’s brightest days are still to come.

Greg Wright stayed at the Murrayshall in Perthshire for two nights.