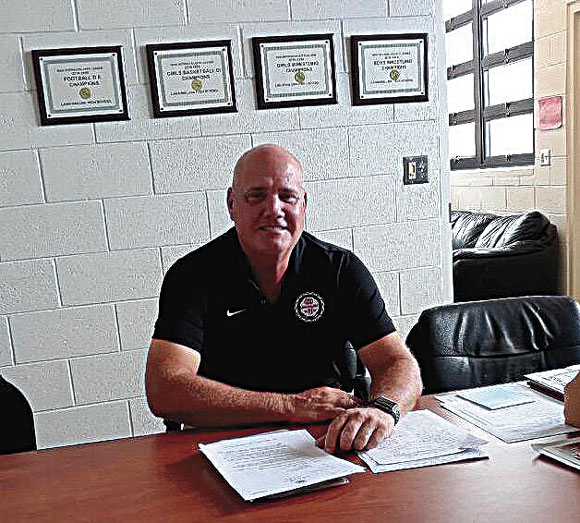 Scott Soldwisch began his career as a history teacher and trainer in 1991 at Lahainaluna High School.

LAHAINA – After a career of over three decades as a teacher, coach and administrator, Scott Soldwisch, director of sports at Lahainaluna High School, will retire later this month.

In 1991, Soldwisch, 57, began working on the historical campus as a history teacher and coach.

Next he moved to the administrative post, who headed the athletics department.

Soldwisch was also a pitcher on the Westmont baseball team and a golf enthusiast.

That attraction to the links drew him to the Valley Isle and the emerging golf resorts of Kapalua, Kaanapali and Wailea. He signed with Kapalua during the “Caddyshack” Era in the mid-1980s that heralded the start of a brilliant career as a youth athlete.

In addition to teaching social studies at the Lahainaluna, Soldwisch also trained in baseball, basketball and golf.

He mentored West Side Kids in the community with the West Maui Youth Athletic Association and helped found and develop the Lahaina Junior Golf Association, now one of Maui’s premier keiki programs.

He served as assistant sporting director for the Lunas of Joe Balangitao and later Alan Kawaguchi for a decade before accepting the AD position at Maui High.

Shortly thereafter, Coach Scott returned to Lahainaluna to take over the sporting director role, continuing the traditions of the previous administrations of Joe Balangitao and Derrick Montalvo.

His return to Lahainaluna coincided with a significant increase in the integrity of the sports programs.

Groundbreaking improvements to facilities were made with the unveiling of the Sue D. Cooley Stadium, a state-of-the-art sports facility on campus, the renovation of Jimmie H. Greig High School, the construction of a new locker room and physical fitness facility, and an on-campus softball field.

“Lahainaluna is such a special place”, said Coach Scott considering his 30 years there. “All of these important values ​​such as sportiness, work ethic and respect are part of the traditions and expectations here. And the support from the community that all teams receive is something very special. “

“I just can’t thank everyone at Lahainaluna enough for the support and encouragement they have given me. Everyone has always been so warm and supportive of the sports programs here. Everyone works hard, has discipline and represents the pride of the community. “

“My special thanks go to all the coaches, Principal Jeri Dean and Coach and Assistant Athletic Director Jon Conrad for their years of support. It was inspiring to see the hard work all the teams put in, especially during the off-season. Thank you, Lahaina! “

Mahalo to you, Coach Scott, Ms. Mylene, children Dillon and Aryia, and grandsons Rori and Nohea.