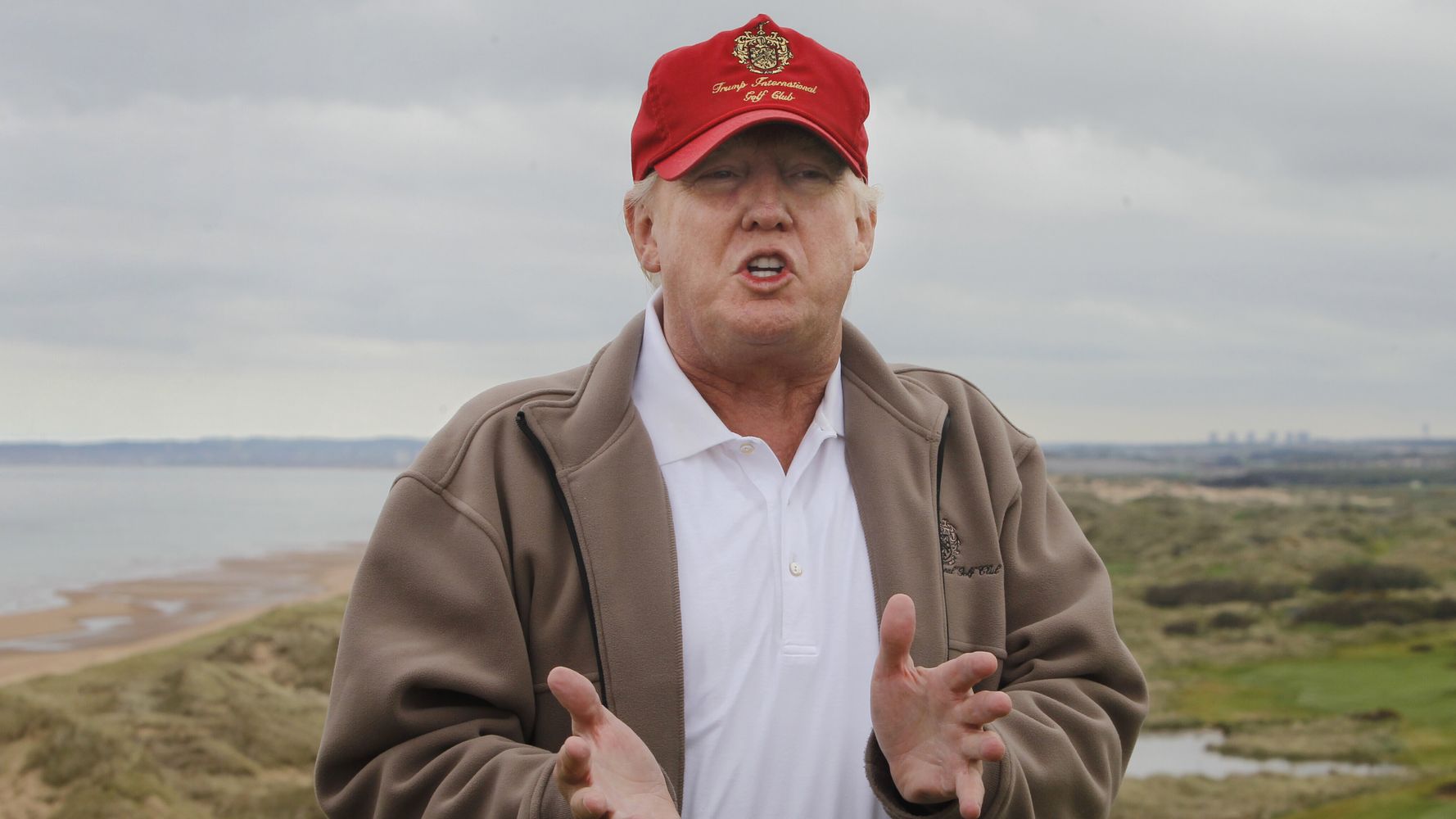 Recent filings from the Trump Organization, which report an annual loss of $ 4.6 million in the President’s two Scottish golf resorts, bring the total red ink count for courses over eight years to a staggering $ 75 million.

The submissions for 2019 do not reflect the tumult of 2020. Eric Trump, the director of Scottish courses, warned that the COVID-19 pandemic and Brexit – which the president has always supported – could further detract from revenue.

The unprofitable properties have been bleeding money for years. Trump International Golf Club Scotland Ltd., which operates Donald Trump’s golf course in Aberdeenshire, reported a net loss of $ 1.5 million for 2019, after losing $ 1.4 million the previous year, according to a filing at Companies House in the UK. The club, which opened in 2012, has a total debt of more than $ 16 million, according to the London Times.

Trump Turnberry in Ayrshire reported a loss of $ 3.1 million in 2019 – despite the US government having paid hundreds of thousands of dollars to house intelligence agents and other expenses, the Scot noted. Turnberry owes more than $ 61 million in debt.

Despite the losses, the Trump Organization has reported massive real estate spending over the years. It has also received approval to build a 500-unit housing estate next to the club in Aberdeenshire at a cost of $ 185 million, which the latest filing suggests will be targeted.

The accounting for the President’s Scottish resorts is unusual as Trump is the creditor of his own businesses, which means that payment for many of the resorts’ costs goes to the Trump organization.

The resort’s losses are so astronomical that some Scottish officials are suspicious of funding and taxes. Trump didn’t pay a cent in taxes on the real estate.

Trump bought the Scottish real estate with huge sums of money at a time when he was heavily indebted and struggling to find a bank that could lend him money. Scottish Greens co-head and MP Patrick Harvie called on the government in November to file an “Unexplained Wealth Order” against Trump to force him to reveal the source of this money.

But Trump couldn’t possibly have spent all of the expenses he claims on his property, Davidson said. “We have the planning documents. We know how much he’s spent – it’s far less than he claims. The money is really disappearing. It goes from one pocket to the other and then the pocket is opened to show that there is nothing there. “

What everyone is reporting is the losses – the shareholder (Trump) has lost more than £ 7 million.

But the interesting thing is the value of fixed assets and the creditors – over a year.

There’s a lot more to say – every line here is fascinating.

But the bigger picture is crystal clear: Trump borrows millions every year, spends all that money on something, and claims the asset is worth all of the money he’s spent.

He can’t have spent all that money on the real estate. We have the planning documents. We know how much he’s spent – it’s far less than he claims.

The money is really disappearing. It goes from one bag to another and then the bag is opened to show that there is nothing there.


Donald Trump in 2010 on the grounds of his then planned golf resort Aberdeenshire in Scotland.