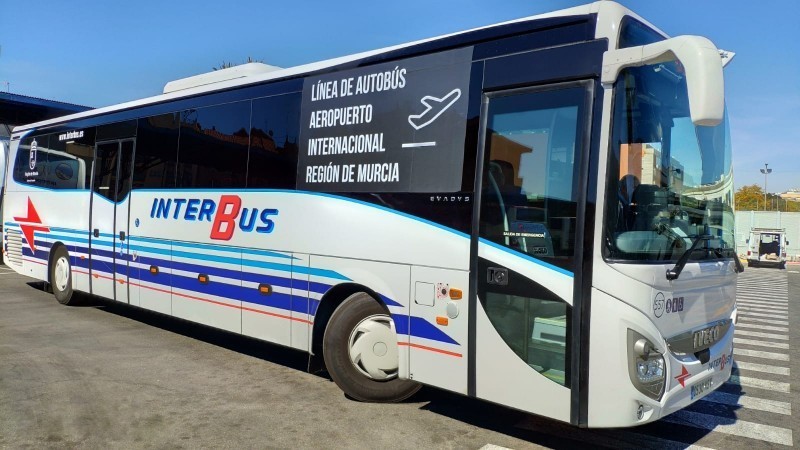 This summer has been complicated to say the least for anyone trying to travel to Spain for personal or tourist purposes as the travel restrictions and the high cost of Covid testing are just one of the many difficulties anyone must face, who tries to reach their holiday destination, to visit the family or to spend time in their own private property.

Those traveling to Murcia face the added dilemma that the number of routes that fly to Corvera Regional Airport is limited due to the Covid pandemic and only some of the routes that normally operate in the midsummer months even fly to Alicante Airport .

In pre-pandemic times, flights between Murcia and the UK usually accounted for the vast majority of passengers, but in July there were only 13,521 passengers on Corvera-UK flights, which was less than 32 percent of the total and still 88 percent fewer than in July July 2019, when the number of passengers on Corvera UK flights reached 109,147 and together with an additional 11,325 flights between Costa Cálida and Ireland contributed 83 percent of the total traffic.

In July, a total of 42,381 passengers passed the terminal building, which is almost three times as much as the previous month, but is still 70 percent lower than two years ago, but the traffic volume is slowly recovering after months of the year, of which Corvera reported that up to 98 Percent of passengers have been lost to the pandemic.

Which led to a lot of questions about how to get to your destination by public transport… ..and thus to another problem.

Since Corvera Airport has replaced the former San Javier facility as the regional airport for the Murcia region, the regional government has subsidized a bus service that enables passengers arriving at the airport to go directly to the coast and the region’s golf resorts. where many of them own condominiums, largely due to the dissatisfaction of visitors to the Mar Menor and the golf resorts which are much closer to San Javier than Corvera.

Since the Murcia region does not have the type of accommodation typically selected by tour operators, most of the international tourists arriving from the UK via Corvera Airport, which has traditionally been the largest source of foreign visitors to the Murcia region, own the vacation rentals in golf resorts, or along the coast, or in some way connected to that private property, i.e. renting out accommodations or visiting family or friends, and most resorts were literally built in the middle of a field.

Hence the provision of a subsidized bus service to help non-car rental travelers get to their destination.

Service was suspended when the lockdowns began but has not resumed and with no trains from the airport, travelers have only one option. a taxi that can be very expensive as the airport itself is built in the middle of the field and is “almost nowhere”.

This week, the regional representative of the Podemos party in the Asamblea Regional, Rafael Esteban, raised the issue and criticized the lack of public transport for passengers arriving at Corvera Airport.

Rafael Esteban said the situation was “implausible” and denounced the “unfortunate image of our tourism” which “caused surprise and many complaints from tourists arriving at an airport with no connection to the main tourist centers”.

It is an open secret that this year the Regional Tourism Association has put all its efforts into the domestic tourism market, almost completely ignoring the needs of non-Spanish-speaking foreign visitors and focusing on promoting the region in the cities of Spain to address the obvious difficulties through Covid.

However, the rapid decline of the Mar Menor in August is already affecting hotel reservations for the early weeks of autumn, usually a time when mostly Spanish pensioners spend a few weeks on the coast, and suddenly the lack of interest in advertising for foreign visitors who Spending millions in the region each year, especially outside of the main holiday season, seems less of a strategy than a major oversight.

The Podemos MP accused the regional government of “abandoning a sector badly hit by the pandemic” and also criticized that “the ecocide of the Mar Menor and the lack of investment in basic infrastructure such as buses are making many people choose spend their vacation in other destinations “.

He accused the regional minister for tourism, Marcos Ortuño, of “focusing more on other things” than “solving the problems of one of the most important sectors for the economy of the Murcia region” and attacked the regional minister for development and infrastructure, Jose Ramón Díez de Revenga, who “seems to have not yet figured out that his job is precisely to solve such problems”.

He concluded by saying that “the tourist image of the Murcia and Costa Cálida regions has been destroyed”.

“The tourist arriving in the region is faced with the lack of a public transport network that facilitates mobility throughout the area, is based on intermodality and offers a variety of alternatives for the different income levels of the visitors,” he concluded.

Due to the total lack of public transport at the regional airport and after a stressful summer of replying to emails from outraged readers asking for an investigation into the reasons for the high rental car prices and the lack of bus connections from the airport, it is difficult to disagree with the comments made .