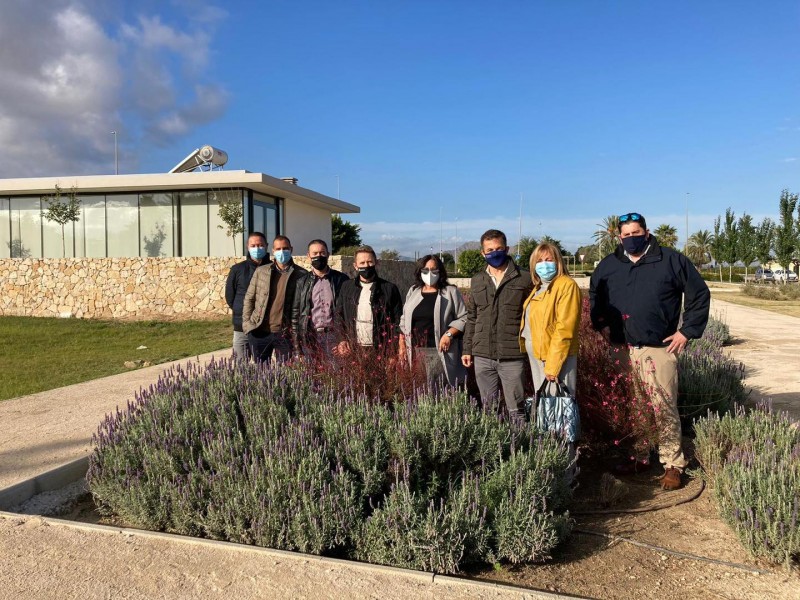 The Mayor of Torre Pacheco, Antonio León, along with councilors and technicians, has visited several cities in the Vega Baja in the province of Alicante to learn more about their Sustainable Urban Drainage Systems (SUDS) to implement similar systems in the city’s parks and gardens.

In San Fulgencio they experienced first hand how permeable pavement was laid in public green spaces and how rainwater is collected and stored, as well as the use of indigenous vegetation with low water consumption.

Water company Hidrogea also explained how it has adapted ravines and creeks to manage torrential rainfall and implemented the “polder” process – a low-lying stretch of land that forms an artificial hydrological unit surrounded by familiar embankments as dikes – to protect urban centers in communities such as Alicante and Benijófar. The municipality of Torre Pacheco is currently planning to reduce the risk of flooding in the center of the city, in particular in the Callen Emilio Zurano, Torre Anita and Campo de Golf, by building bridges in Avenidas Fontes and Gerardo Molina and by diverting the runoff towards the waterways and lowering the level to allow greater hydraulic capacity.

We hope that visiting the Vega Baja towns will help find practical solutions to the planned drainage project in the Rambla Sur area.

The Town Hall is the center of every Spanish municipality and the base from which the Municipal Council manages the essential services of each municipality.
Torre Pacheco Town Hall is home to many of the local offices for other community services including consumer complaints, Padrón’s Office for Residents, the Council Tax Office and the Municipal Payment Center for Council Taxpayers, and the City Office for Finding Minor Work Permits and Permits.

More detailed information on the municipality of Torre Pacheco, which is part of the Mar Menor area,can be found in the dedicated section Torre Pacheco, accessed from the map field at the bottom of all article pages on the Murcia Today website. There are also separate sections for the golf resorts within the community.