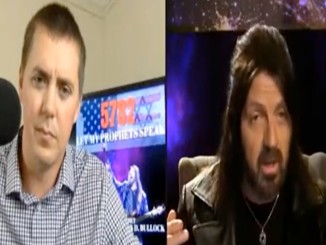 Right-wing pseudo-prophet Robin Bullock claimed on Wednesday that former President Barack Obama was “prophetically dismissed from office in 2010” and that a technical mishap during a speech proved it.

Bullock is a supporter of ex-President Donald Trump’s “big lie” that the 2020 elections were stolen. He has also accused Obama and the Democratic National Committee of having his congressional stage modeled on Satan’s throne in 2008.

“But a prophet removed him with his words in 2010 and I know that Obama listened to him for quoting him. Obama quoted him, ”continued Bullock. “And when he removed it about seven months later in 2010, he was speaking to a crowd of women and his presidential seal fell from the front of the podium. It just bounced across the floor. And he looked around his podium and said, ‘Have I lost my um?’ and just looked back at the crowd. He said, ‘Well, you know who I am.’ “

Obama “lost his position,” added Bullock. “And after 2010 there was nothing more he could do. He just couldn’t do anything. He controlled the whole congress – everything, really – but he couldn’t achieve anything, so he just started playing golf and went gray. “

This more accurately describes Obama’s successor Trump, who spent 307 days of his failed year-long presidency hitting the links at his various golf resorts.

We don’t know if you know, but “Barack Obama was prophetically deposed in 2010”. pic.twitter.com/EYeJRCQBsn