The face of Noosa Springs marks a significant milestone 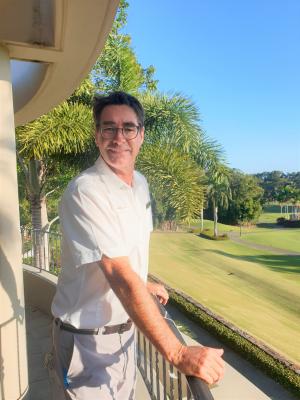 With a smile on his face and a menu in hand, Peter Van Zijl has been one of the enduring features of Noosa Springs for two decades and welcomes guests to the resort’s Relish restaurant with continental charm and laid-back style.

Van Zijl, a Dutchman who has called Australia home for 40 years, came to the Noosa Springs Golf and Spa Resort shortly after it opened. It has just celebrated its 20th anniversary – an extraordinary milestone for the hotel industry that Van Zijl can hardly believe.

“The time has passed so quickly,” he said. “Maybe that’s why I stayed so long.”

Van Zijl’s job title has never changed – he’s the deputy front-of-house manager – but his responsibilities have evolved and expanded over time.

He’s still the man in the white shirt who takes your order in the Relish restaurant and brings you a drink on the terrace. But he is also the one who organizes your wedding, makes sure that your conference runs smoothly and makes sure that everyone complies with the Covid regulations.

He even acted as a sound consultant on one memorable occasion as legendary Australian rock band The Angels prepared for a concert in Noosa Springs’ Plantation Room.

“The band performed later that night and they belted out a version of their hit, Am I Ever Gonna See Your Face Again?” He said. “They asked me to stand in the back and let them know what it sounded like.”

A butcher by trade, Van Zijl worked in hotels in Brisbane, including the Beaufort Heritage – today’s Stamford Plaza – before moving to Noosa, where he got a job at the famous Coco’s Restaurant just outside Noosa National Park.

When he came to Noosa Springs, the resort was little more than a construction site, and the staff were working in break-apart buildings.

Over the next 20 years, Van Zijl has seen and participated in the development of Noosa Springs into one of Australia’s most successful golf resorts.

He has met and served tens of thousands of people including celebrities such as Prince Harry, Clive James and Alice Cooper.

But it is the people he works with that Van Zijl remembers with the greatest fondness.

“It was like a family working here in Noosa Springs,” he said. “You get to know your colleagues, meet their families and share their experiences. It was a privilege for me. You have a few good days and many great days. “

He also gets very pleased from previous guests who recognize him and acknowledge his level of service.

“People come back and see me and say, ‘You’re still here. You have to like it. ‘ And of course they are right. “

He and his family live on Sunshine Beach, just eight minutes from Noosa Springs, and Van Zijl has cut his work down to four days a week. It gives him time to enjoy his hobbies – gardening and walks with his greyhound.

But the Noosa Springs face has no plans to retreat. At least not for another 20 years or so.