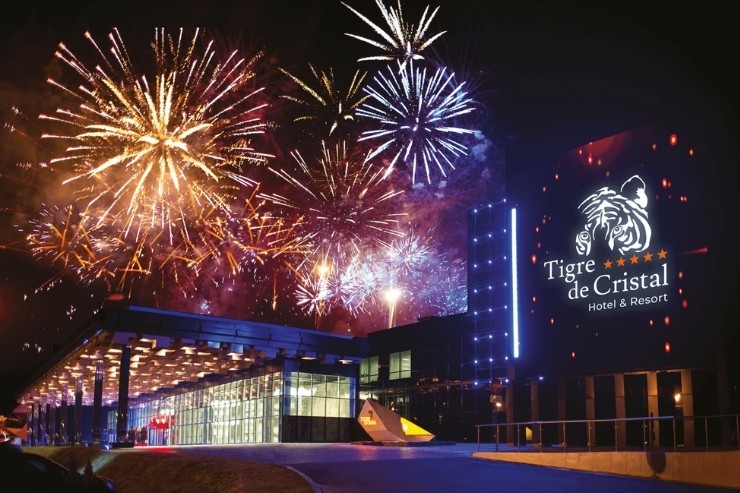 Local Russian demand for entertainment and recreation has flourished, while the development of Primorye IEZ is moving faster than ever.

During the operational update, Mr. Tsifetakis, COO of Tigre de Cristal said, “We never stop remodeling Tigre de Cristal to keep it going. This year we launched a number of different slot machines to improve our product offering. Gambling tax in Russia has been due to COVID also reduced, we have more slot machines on the floor We are seeing positive reactions from people and we can see that our earnings are increasing from month to month to pre-COVID levels, if not better. For us very positive news if you consider that there is currently a second casino in the area. Instead of losing market share, on the contrary, we are gaining market share, which we consider to be very successful. “

Mr Tsifetakis also stated that the Tigre de Cristal team has adapted to COVID and done it very well. Before COVID, over 90 percent of the hotel rooms in Tigre de Cristal were intended for foreign visitors. When COVID hit, the Tigre de Cristal team updated their website and marketing campaigns to cater to the local Russian market to attract locals rather than their usual tourist-centric approach. Now he was thrilled that the effort was worth it – on the weekends, the demand from local Russians practically filled the hotel to full capacity thanks to the team’s ability to adapt quickly. In the update, Mr. Tsifetakis noted that the most popular mass game level games these days are Russian Poker, a variant of poker only available in the local Russian market, followed by Roulette and Blackjack. Slot machines have always been popular with the locals, and the team has brought more slot machines to market to meet local demand.

the Integrated entertainment zone Primorye (“IEZ Primorye”) has been developing rapidly lately, and more and more investors have announced that they are coming on board. Primorsky Krai Development Corporation’s goal was to promote and develop IEZ Primorye from global investors to create a world-class modern entertainment area and increase investment in this area. The company’s goal is to create over 20,000 local jobs, a total of 7,000 hotel rooms with a total investment of over 2.8 billion US dollars, bringing over 8 million tourists to the IEZ Primorye each year. IEZ Primorye is just a 15-minute drive from Vladivostok International Airport and is within a 2-hour flight radius from major feeder markets such as South Korea, Japan and the northeastern provinces. Taiwan and Hong Kong are within a 4-hour flight. 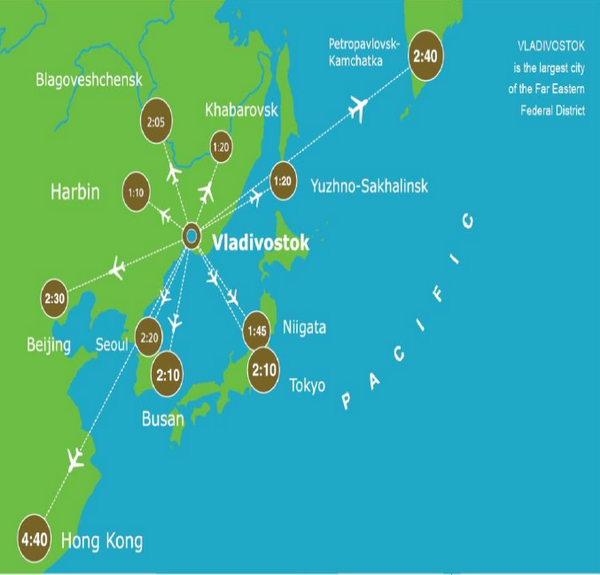 2 hours flight radius from Vladivostok with major feeder markets nearby

According to recent local Russian media reports, Tigre de Cristal leads the group of the other 5 integrated resort developments in IEZ Primorye as four more are still under construction while only one new casino has opened near Tigre de Cristal. Still, Mr Tsifetakis noted in the update that business in Tigre de Cristal was better than before and has fallen to pre-COVID levels. He didn’t see the additional casinos as competition; Rather, he saw them as key players coming onto the market to make the entire IEZ Primorye more attractive than before. He noted that in the announcements made during the recent Far East Economic Forum, two other major players announced that they would come on board in the Primorye IEZ. Not only are they aiming to build new hotels and casinos, but they are also building theme parks, golf resorts, etc. Mr. Tsifetakis thought this was very exciting, as until then tourism in Vladivostok will not be limited to just attracting local Russian tourists, but it will also become an international tourist destination for northern Asia.

In the update, Mr. Tsifetakis gave a glimpse of what the play-free amenities of Tigre de Cristal Phase II will look like. When Phase II is completed, the total number of hotel rooms will triple from today to over 400 because one of the biggest bottlenecks in the region has been that there weren’t enough hotel rooms, but the demand for rooms and entertainment has been undersupplied since on observed the weekends in almost fully occupied rooms in Tigre de Cristal. Mr Tsifetakis indicated that Phase II will have a multi-story complex indoor swimming pool, a rarity in the Far East, where the tropical summer by the sea could be enjoyed in the snowy winters in Far Eastern Russian territory. This is combined with electrifying pool parties, which for the first time bring year-round pool party fun to the Far East.

Mr. Tsifetakis also spoke about the recent additional interest from Russian investors in developing integrated resorts, casinos and golf courses in the region. Investors are now building golf courses just 5 minutes from Tigre de Cristal while the second is just 10 minutes away. Aside from playing golf, visitors can also opt to ski in winter as two ski areas are close by, a 20 to 40 minute drive from Tigre de Cristal.

Mr. Tsifetakis ended the update with a positive outlook for the future. However, given that the borders between Russia and the main feeder markets are practically closed at the moment, he is receiving a lot of inquiries from Japan, South Korea, Taiwan and Hong Kong that groups are coming soon. One of the main weaknesses he observed was that while there were currently direct flights from Vladivostok International Airport to Japan and South Korea; the flights are mainly for business people and upon return the visitor would have to be quarantined in their home country. He was optimistic that once the quarantine measures were lifted, there would be a back-and-forth between these countries, and by then he expected the sales dynamics to shift, with gross foreign gambling revenues shifting back to over 70 percent that of local ones Gross Gaming Income. Mr Tsifetakis believed that IEZ Primorye will be a fully-fledged integrated Asian resort by 2025, as by then other competitors in ICE Primorye would have come on board and Tigre de Cristal Phase II would have been in full swing.

Summit Ascent is also optimistic about Tigre de Cristal’s long-term growth as Vladivostok is recognized as one of the lowest gambling tax jurisdictions in the world; the resilience this market has shown during COVID as local Russians have access to the casino; as well as its low operating costs and low investment costs. All of these factors combined mean that Tigre de Cristal could become one of the most profitable properties in the gaming industry in Asia. With the full support of Summit Ascent’s parent company, Suncity, Tigre de Cristal could have full access to Suncity’s proprietary customer database. As of this business update, the Suncity Premium room in Tigre de Cristal is not yet operational due to COVID border restrictions.