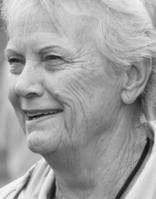 The crescent moon rise on the morning of July 6, 2021 led to Beverly (Bev) Percival, 82, who followed her call to forever enjoy the sunshine on her shoulders amid the greener pastures of heaven. She walked as she lived with strength, determination, the consideration of others, the joy of being around her family and the anticipation of new adventures that she will share again. Born in Pueblo on March 14, 1939, Bev quickly discovered her well-known love for animals and went so far as to hatch a plan for children to own a horse and have her parents mount it just blocks away at the Colorado State Fairgrounds . Town parents, Verne and Dorothy (Herman) Hargraves, failed to realize those childhood ambitions, but Bev prevailed after she married Charles Percival and moved to the county, where she eventually stepped up the stakes by owned two horses, not just one. Life on the mesa brought years of opportunities to communicate with furry and feathered friends, with a particular preference for adopting pets from family, animal shelters, and others that literally just stepped into their lives. These encounters brought her and her adopted companions great joy and solace throughout their lives. Bev shared a love and talent for athletics with her younger brother Roger Hargraves. She played women’s basketball and softball while graduating from Adams State College in Alamosa, Colorado. She later earned her Masters Degree in Education from Adams State to turn her love of exercise and education into a 30-year public school teaching career as a physical education teacher for girls at Freed Middle School in Pueblo. After retiring, she continued to devote herself to helping student athletes pursue their own passions, spending decades of nights and weekends helping local high school athletics, including scoring and timing volleyball and basketball games, all the way through to Pueblo High School sports season 2021. Golf and bowling served as lifelong channels to reinforce Bev’s competitive nature. When she wasn’t living out of state, she loved bowling in the Pueblo Teacher’s Bowling League for nearly six decades until the 2020 pandemic threw her own gutter into league game last year. June 2021 brought the Pueblo West Iron Lady’s Spring Fling golf tournament where she took first place overall and was closest to the pin on June 15, a particularly notable feat for her this year as Bev a founding – The Pueblo West Women’s Golf Association’s charter member was an 18-hole division dating back to 1985. She endured cancers and refused to let the fading effects of interstitial lung disease ever stop her chasing another hole-in-one at Desert Hawks # 14 Par 3 Hit It Straight and Long Bev! When Bev was not teaching, adopting and caring for animals, playing golf, bowling, scoring points or timing, she embarked on another adventure with beloved dogs, family and friends in tow. With the older sister Shirley (Stanfield) there were tours in Alaska, jet boats in New Zealand and breathtaking landscapes and history in Germany, Austria and Switzerland! With friends and family there were Broadway performances in New York, local music festivals, camping and jeeping in Colorado, trailer trips across the country from Florida to California, wondrous visits to numerous national and state parks and over 175 popular marches on theirs Off to well over 1,500 miles of scenic walks from Salem, Mass to Seattle, Washington. At home, her children Kevin, Darren and Creston Percival were eagerly awaiting pictures and updates when they weren’t on the road with her. Grandchildren Zachary, Andrew, Hannah (Geanetta), and Creston, Jr. would join the adventures when school, job, and time allowed. Great-grandchildren Zoey, Hylend (Beery) and Easton (Geanetta) love to be active and run to new horizons to keep Bev’s spirit intact and alive for generations to come. In between packing, unpacking, replacing worn golf shoes, organizing travel photos, bowling 200 games, winning at the Farkle family games, losing at … well, we don’t talk about that … Bev would find the time for it for a long time to find friends, food and fun in the Red Hat Society or meeting their longtime sisters. Only a pandemic stood briefly in the way of spending many dear friends, old and new, in person. In order not to be deterred, books and puzzles became pandemic passions and crossword puzzles rose to complete devotion (second only to their dogs). Bev enjoyed the arrival of the vaccines and the spring of 2021 so she could safely return to her adventures and time with family and friends. A day-long return to Coors Field and her beloved Rockies was only dampened by Nolan Arenado’s trade to St. Louis. On the day of Bev’s departure, she was still hoping the Rockies wouldn’t deal in a similar fashion with Trevor. If you listen carefully, she’ll still be blatant to hear her express her opinion on all of the Rockies. Bev would ask you to have some good time with your family instead of flowers, take a trip to nourish your spirit, hit the links, enjoy a swing at bowling, live with courage and determination, and go to Paws For Life in. contribute to Pueblo (https://www.pawspueblo.org; 800 N Pueblo Blvd, Pueblo, CO 81003) or the National Wildlife Federation (https://www.nwf.org). A celebration of Bev’s life will take place on August 8, 2021 from 11 a.m. to 2 p.m. at Angelo’s on the Riverwalk in Pueblo. Dress comfortably and bring a story. Notes and reminders can be shared on the Montgomery & Steward website – www.MontgomerySteward.comm 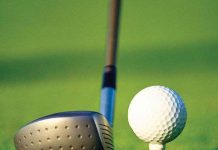 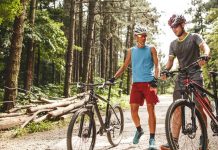 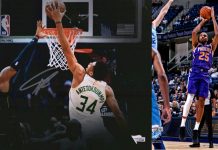