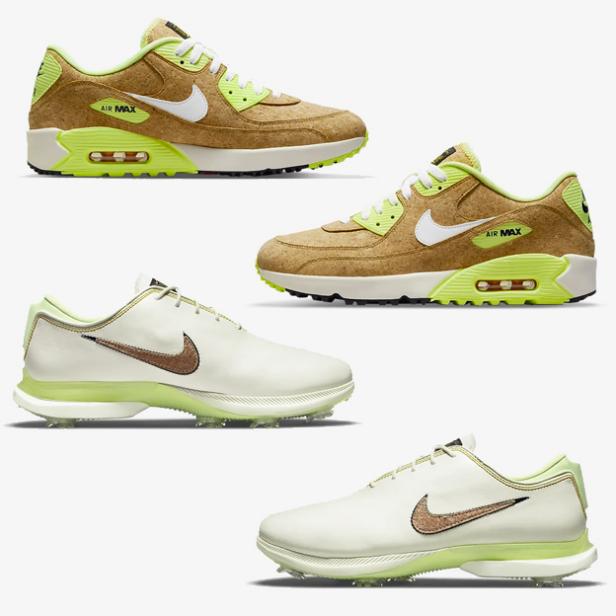 Ahead of the British Open, Nike released its third heavily inspired shoe package of the year, including the Air Max 90 G, Air Zoom Victory Tour and Air Zoom Infinity Tour golf shoes. The shoes have cork detailing throughout the design, inspired by dartboards found in pubs across the UK. The shoes are available to Nike members starting today and the remaining inventory will be available to the public on July 15th on Nike.com.

The Air Zoom Infinity Tour 2 has the cork element in the Nike Swoosh on the side of the golf shoe and on a design in the insole. Green accents on the collar and outsole are a nod to the green felt on pool tables, which is also common in British pubs. A subtle houndstooth pattern is also incorporated into the translucent outsole, which brightens the green color and balances out the mainly white leather shoe.

With a more extensive use of cork, the Air Max 90 golf shoe features the material over the upper and the insole. The outsole retains the original Air Max waffle design and has a built-in traction pattern that provides just enough grip for a dry round of golf.

The Air Zoom Infinity Tour is already sold out and has cork swooshes, a cork insole and a green felt over the upper that is inspired by pool tables. As a fun added detail, the side stripe reads “Made to the exact specifications of champion golfers” and the shoe will likely be seen on several golfers at Royal St. George’s this week. It was the first in the collection to sell out, but keep an eye out for restockings later this week. 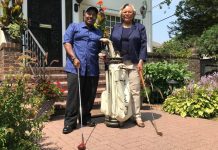 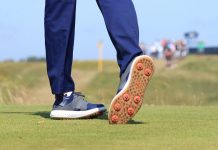 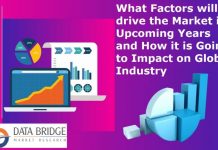 Bryson DeChambeau Puma US Open Shoes: How To Buy Them