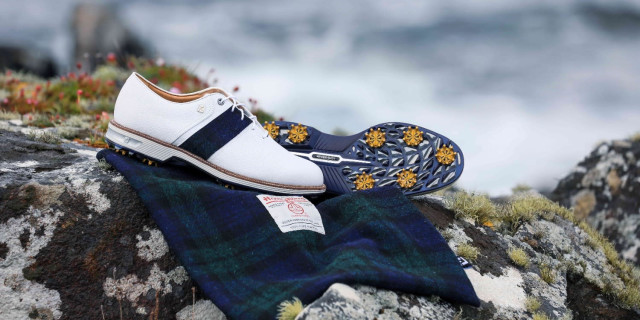 FootJoys collaboration with Harris Tweed Hebrides offers golfers the chance to own a truly unique pair of golf shoes and presents the limited edition Premiere Series Black Watch Packardmade from authentic Harris tweed fabric – the only fabric in the world that is subject to its own parliamentary law.

Launched ahead of the Scottish Open on July 8th, the shoes complement the links golf theme and will be sent to FootJoy ambassadors the following week at both the Scottish Open at the Renaissance Club and the Open Championship at Royal St George’s.

The Black Watch cloth from the Harris Tweed Hebrides Heritage Collection was selected for this limited Premiere Series Packard shoe. The Packard was inspired by Frederick Packard, the founder of FootJoy and a shoe pioneer who drove the adoption of many modern manufacturing and design innovations that are still used today. Despite its timeless design, the Packard is steeped in powerful innovation, led by the all-new VersaTrax + outsole, which uses multiple TPU compounds to grip each surface – a harder TPU for grip on the court and a softer TPU for traction harder surfaces.

The shoe also offers comfort, with an Ortholite EcoPlush FitBed with perimeter stability in the heel and super soft underfoot cushioning. Each shoe has its own unique piece of Harris Tweed Black Watch fabric on the saddle, with each pair having their own mix of blue, black, and green wool. Each pair also comes with a unique shoe pouch made from the same Harris tweed fabric.

The Harris Tweed Act requires the fabric to be hand-woven in the homes of Outer Hebrides in Scotland to use the Harris Tweed name and logo. This preserves the integrity and the unmistakable character of the fabric, which is known worldwide for its quality. Unusually, the wool is dyed before spinning, which allows a wide variety of colors to be mixed into the yarn, creating a fabric of great depth and complexity. Harris tweed cloth has been made using truly traditional methods on the islands of Lewis, Harris, Uist and Barra for generations.

Each year Harris Tweed cloth is exported to over 50 countries around the world – every meter is hand woven on the islands and then inspected by the Harris Tweed Authority before being hand stamped with the Orb Mark.

“It’s an honor to have the opportunity to work with such an iconic brand. Harris Tweed was the original choice in the Outer Hebrides, an early innovation statement for golfers encountering challenging elements, ”said Chris Tobias, Footjoy vice president of global footwear. “The luxurious hand-woven wool is a powerful addition to our modern classic shoes, both of which are driven by authenticity, style and performance.”

Brian Wilson, Chairman of Harris Tweed Hebrides, who accompanied FootJoy on its Hebridean voyage, said, “Harris Tweed and golf are natural partners with a common heritage dating back to the early days of the game. FootJoy has been a pleasure to work with as we share the same standards of excellence in quality and design. The Black Watch Packard is worthy of the best players and courses in the world. “ 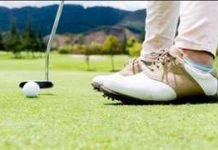 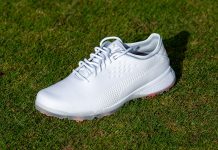 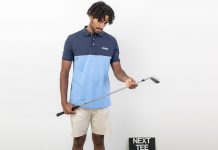 Best men’s golf apparel to look good on the course

Never wear that one thing while driving, experts warn