The third of four PLD Anser Patent 55 collector models will be in copper.

Fans of Ping’s fabled Anser putters need to mark the calendar, set the clock and make sure the WiFi has a strong connection.

On Monday, Sept. 26, at 2 p.m. ET, Ping will make 55 collector’s models of its PLD Anser Patent 55 in copper available online at pingpld.com, The release is the third of four throughout the company’s year-long celebration of the issuance of the Anser putter patent 55 years ago, on March 21, 1967. .

The precision-milled, handcrafted putters will be serialized and available for $790.

“The first two versions of the PLD Anser Patent 55 sold out in less than three minutes, so we’re encouraging those interested to be ready promptly when we make them available on Monday,” said John A. Solheim, Ping’s executive chairman. “Several golfers have acquired the first two versions and we expect they’ll be ready on Monday to add to their collection in hopes of collecting all four.”

Ping chose copper as a tribute to Arizona, which is the nation’s leading producer of copper and home to the club manufacturer for more than 60 years. It’s said that founder Karsten Solheim first sketched the Anser design on a 78-rpm record sleeve in 1966 while in Arizona.

Since the Anser’s debut, more than 700 victories — including 20 majors championships, the first being the 1969 Masters won by George Archer — have been recorded and are commemorated in the company’s Ping Gold Putter Vault.

The final PLD Anser Patent 55 will be gold plated and available on Dec. 12.

Contents show
1 THE LINKS
2 YOU GOT GAME? 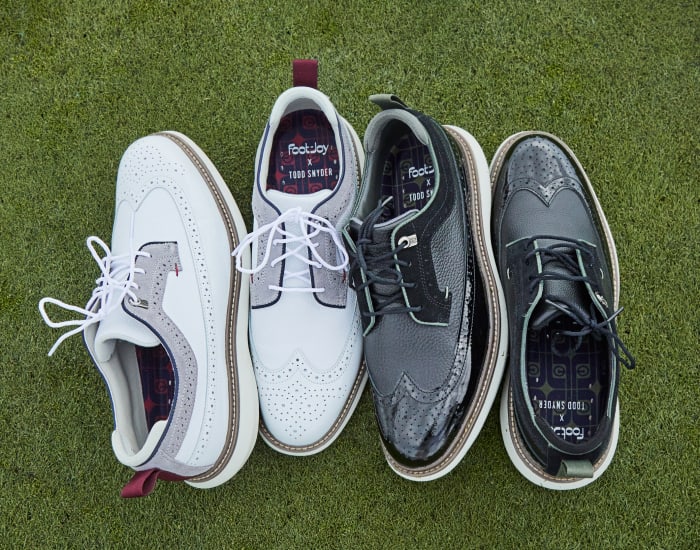 FootJoy once again teams with Todd Snyder on a seasonal collection.

When you cross one of golf’s preeminent footwear makers with one of America’s leading menswear designers, something cool is bound to be created.

The Links is this fall’s collaborative collection between FootJoy and Todd Snyder. The collection, which dropped on Sept. 22, plays homage to the rugged links-style coastal courses of Scotland. It features a range of apparel, including polos, sweaters, hoodies, varsity jackets, pants and, of course, shoes.

FootJoy’s reputation in golf is well cemented, with a history going back nearly 100 years. Snyder, who has also worked with L.L. Bean, Champion and Timex on collections, is no stranger to the footwear brand. While they have collaborated previously, Snyder’s memory of FootJoy goes back farther.  .

“When I was little, I caddied for my dad and my grandpa,” he said. “I never had golf shoes until I was big enough to wear my dad’s, and he wore FootJoy. So I associate them with family time and comfort. I still remember how comfortable my dad’s shoes were.” 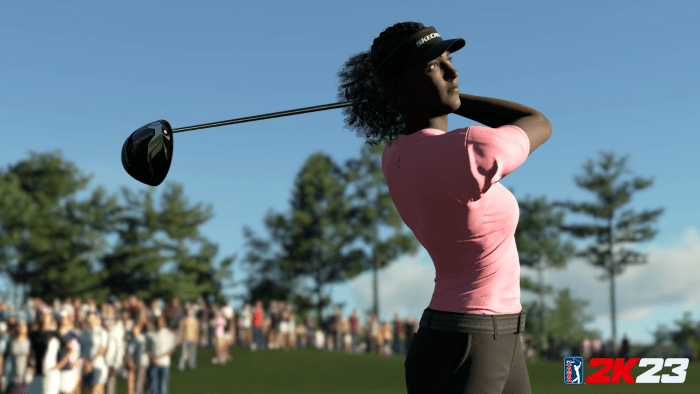 PGA Tour 2K23 will have greater player customization options, including style of player.

The return of 2K’s PGA Tour 2K23 has been greatly anticipated and from all reports keeps getting better. The latest is that MyPlayer customization and MyCareer mode are returning.

As with most iterations, MyPlayer keeps improving and will allow for more choices as to what type of player you can create — from long-driving power hitters to short-game savants. And there will be no shortage of name brands to equip and clothe your player as Bridgestone Golf, Callaway Golf, FootJoy, Mizuno, Nike Golf, Puma, Titleist and TravisMathew will be featured. This edition will also include a variety of caddies that will carry your player’s bag.

In MyCareer mode, a player will start on the Korn Ferry Tour and attempt to join the PGA Tour ranks along with Tiger Woods, Justin Thomas, Collin Morikawa and Tony Finau. (Sorry, no LIV Golf members will be allowed). Lydia Ko, Lexi Thompson and Brooke Henderson are on the women’s side.