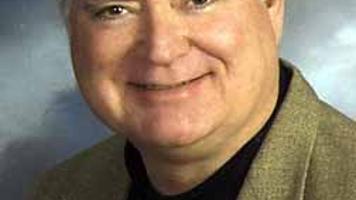 Long-time residents of Lard Lake, Melissa Lishness and Noah Kownt, returned triumphantly from the Tokyo Olympics, carrying their gold medals from their win in the Modern Summer Biathlon, which consists of mixed doubles tiddlywinks and beach croquet. Melissa and Noah’s team ousted competitors from Burkina Faso and Haiti to win the gold medal.

The team honed their skills on the weekly tiddlywinks tilts at the Lardview Bar, Grill and Sushi Emporium, and on the Beach Croquet Court at Big Ernie’s Sand and Gravel Pit.

All in all, they said the Olympics was the highlight of their lives, they really enjoyed Tokyo what they saw of it due to COVID-19. They said the food was pretty good but the sushi didn’t compare to what Yoshiko Peterson was on at Lardview Bar.

Their only real complaint was the extreme friction they suffered from the bikini bottoms they had to wear in competition as mandated by the International Olympic Committee.

Classes at Lard Lake School, the only single room K through 12 school in the United States, are back in class. The opening of the school year was not without difficulties due to the COVID-19 crisis. Two weeks before the opening day, school nurse Pam Demmic and the director of student health, Anna Fylaxis, had a heated meeting with the chair of the school board, Sue Naammii. The topic of discussion was whether or not students must wear masks at all times, no matter how snotty the lower-class masks got at the end of the day.

The ladies came armed with piles of the latest scientific papers on the subject. They seemed to be at a dead end when Sue presented the latest study from the Center for the Prevention of All Things Bad. The study announced with overwhelming documentation that toddlers are far more likely to succumb to lightning strikes than COVID-19.

After a brief period of pondering and processing the statistical evidence, they saw that their path was clear, instead of focusing on masking, they had to find a way to protect the children from lightning strikes! How could this be done? Come in, Sven O’Hara, the school’s caretaker and craftsman. “I have the solution!” he explained, “Do you know how to use lightning rods to protect buildings from lightning strikes? We could do that for the children too. Sven retired to his workshop and showed up three days later with the solution. He’d taken a kid’s backpack and fitted it with a retractable antenna attached to a pair of old-fashioned golf shoes with fine wire, the kind of metal spiked golf shoes that would be mandatory for all children when they ventured outside. The theory says that lightning strikes a sea urchin, is directed from the antenna via the wire into the spikes of the golf shoes and thus into the ground, which protects the child!

All it took was to test the invention. In an unusual moment of clarity, Sven confiscated a child-sized crash test dummy from Big Ernie’s collection (you have to see Ernie’s collection to understand it) and outfitted it with his invention by second base placing it on the school ball field.

As luck would have it, a rare thunderstorm was approaching, the lightning rod worked perfectly, the antenna collected the power of the bolt, guided it over the wire through the backpack into the metal spikes of the golf shoes and into the ground. Unfortunately the dummy was completely burned.

Then Pam, Anna, Sue and Sven decided that it is true, you CAN be too careful.

Lard Lake has never had a law firm, we never felt the need, but times change. As the old saying goes, “The town was too small to have a lawyer, but the perfect size for two.” Step into Brenda Moen and Galen Pitts, local children and alumni of the Michael Avenatti School of Law in Pismo Beach.

The partners are located in the Big Ernie shopping center on the corner of Main and Not Main and specialize in agricultural law and litigation relating to invasive species.

All Lard Lakers extend a warm welcome to the Pitts and Moen law firm and wish them every success.

Bill Stein is a retired dentist, shepherd of random thoughts and observer of the general situation.