LIV Golf letting us know what stars are really like. It’s not pretty. 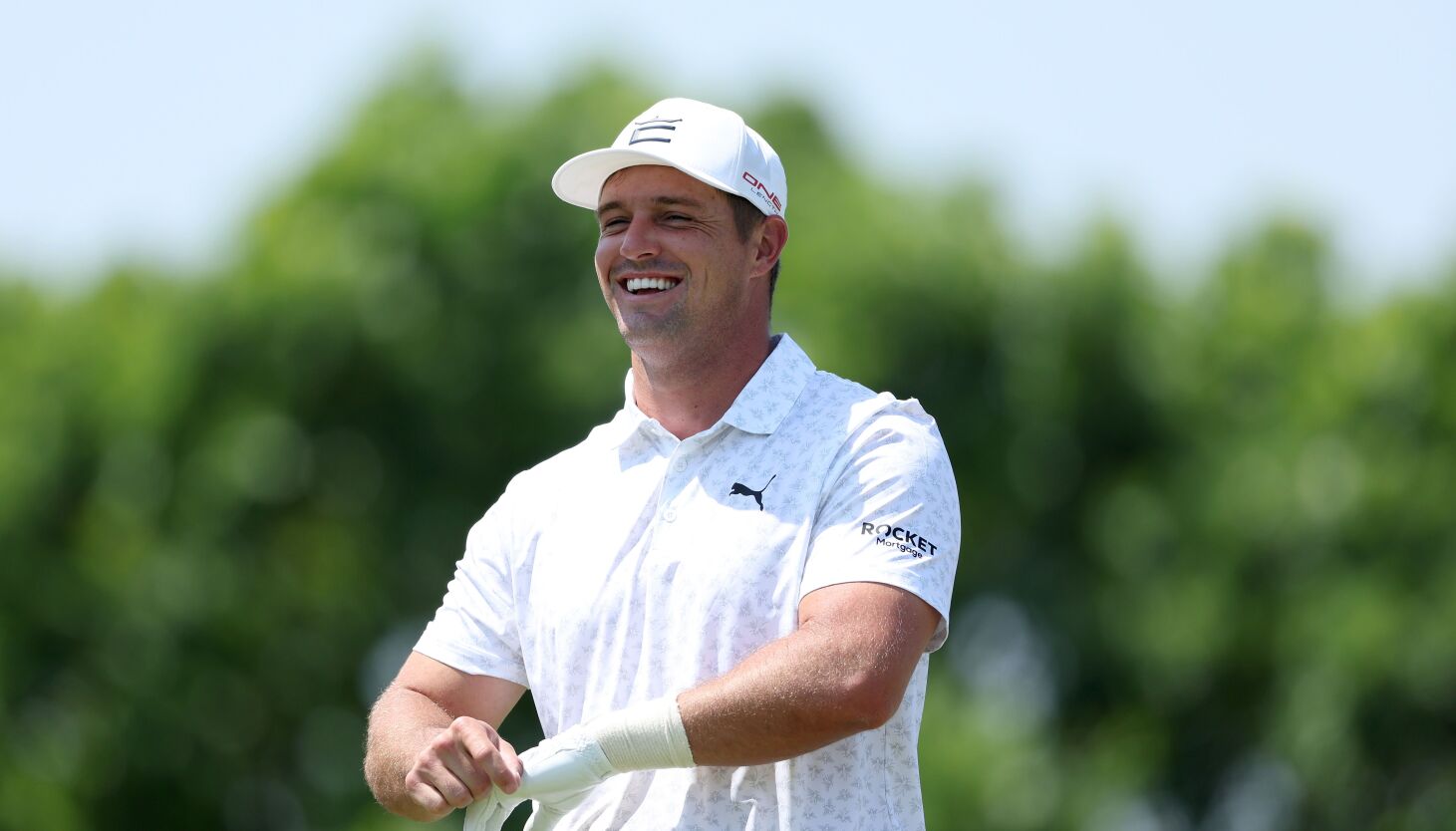 With so many big-name professional golfers revealing themselves as having the morals of a contract killer, this seems like a good time to explore the massive gap between the type of people we were told they were and the type of people they actually are.

No other sport has TV announcers who paint a picture of its athletes as saints the way golf does. It’s not even close. And it’s nonsense, as shown by the number of men willing to take money from the Saudis, who are funding the new LIV Golf Invitational Series when they’re not murdering their own countrymen. Phil Mickelson, Dustin Johnson, Bryson DeChambeau, Patrick Reed and Sergio Garcia, among others, have decided that making an ocean of cash will wash away any blood that threatens to lap up against their consciences.

None of it squares with what the networks have tried to sell us on golf and the people who play it. Somewhere along the line, TV decided to portray the game not just as a pursuit of athletic excellence but as a gathering place for gentility, chivalry, manners, chirping birds and eternal sunshine. If the Garden of Eden had a sport, it apparently was golf.

In honeyed tones and with a reverence normally reserved for Dalai Lama entrances, CBS golf announcer Jim Nantz tells us things like: “There’s Lee Westwood. He and his wife do so much for those suffering from chronic bad breath. Millions of dollars raised, thousands of lives saved. And there’s his playing partner, Bryson DeChambeau. The only thing bigger than Bryson’s driver is his work with the uncontacted tribesmen of the Amazon rainforest. You know, he’s the only human being they’ve accepted from the outside world. Men in loincloths with perfect hip rotation off the tee. Amazing. Check out the rare aerial footage on YouTube sometime.’’

Nantz and the others want us to buy into this utopia, and for the life of me I don’t know why. Why do I need to believe that Louis Oosthuizen is the kind of guy who’ll throw his coat over standing water so a woman won’t get her golf shoes wet? I don’t, especially when there’s a decent chance it’s not true.

That should have become clear once and for all when we learned of Tiger Woods’ various off-course troubles. It wasn’t enough that Wood was a phenomenal golfer, perhaps the best ever. No, he had to be a class act, a man of character, an ideal the rest of us could never reach. That’s what the announcers told us, and that’s what all his endorsement deals told us. When we found out that he seemed to have as many girlfriends/prostitutes as major tournament titles — a problem because he was so very happily married — it came as something of a shock.

You’d think we would have learned our lesson after that. Nope. Woods got into a single-car accident in February 2021. The police report said he was driving 82 mph in a 45-mph zone. He suffered open fractures to his right leg and had significant injuries to his right ankle and foot. We never received a clear explanation of what happened that day. Instead of seeking answers, golf went to its default mode: His recovery was cast as heroic. When he played in the Masters this year, you would have thought he had both overcome and cured cancer. Hard questions weren’t asked, and details of the accident weren’t mentioned. There was a lot of soft, sappy piano music playing in the background, however.

One possible conclusion: If viewers are buying this stuff, it’s because they want to. Chicago-area golf fans will get the opportunity to symbolically join hands with the Saudis when the LIV Golf series comes to Rich Harvest Farms in Sugar Grove on Sept 16-18. Enjoy.

LIV Golf should be a shock to the system, a wake-up call for anyone who holds these golfers in high regard. It should be, but I have my doubts. This is who the Saudis are, and these are the people the LIV golfers play for: On Oct. 2, 2018, 15 Saudi agents murdered Washington Post contributing columnist Jamal Khashoggi, a fellow Saudi who had been a frequent critic of Crown Prince Mohammed bin Salman. They chopped up his body and disposed of it.

On one day two months ago, Saudi Arabia executed 81 people convicted of crimes ranging from murder to membership in militant organizations.

This is the same Saudi Arabia of which LIV Golf chairman Greg Norman recently said, “Look, we’ve all made mistakes and you just want to learn by those mistakes and how you can correct them going forward.’’

And these are the golfers, we’ve been told, worth idolizing.

There’s nothing wrong with wanting to make more money. There’s a lot wrong with taking money from people tied to human-rights abuses. I’d like to think the players are going to find out it’s really hard to get blood off a golf glove. Something tells me they’ll learn to LIV with it.