Me And My Golf Announce Global Distribution Agreement 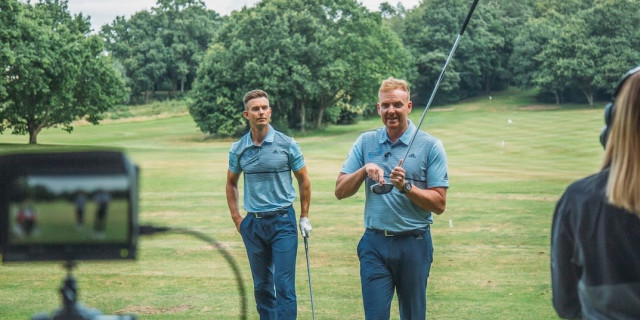 Andy Proudman and Piers Ward, better known as Me and My Golf, have announced details of a global distribution agreement that means their video lesson packages will be available both online and in-store through several large retail stores.

The duo, which has over 790,000 YouTube subscribers and over 700,000 social media followers, have built an impressive community through their coaching plans. Not only do you teach thousands of golfers worldwide, but you also work closely with PGA Tour member and two-time European Tour Champion Aaron Rai.

After not only their own growth in 2020, but the unprecedented growth of golf in the post-pandemic world, the duo are committed to ensuring that coaching and instruction are affordable and accessible to as many golfers as possible. Your goal is simple; Coaching for everyone with achievable goals to improve what has historically been viewed as an expensive luxury. The overall goal is to support the continued growth of the game, especially with the influx of new golfers, by offering a lower cost alternative to coaching that focuses on helping golfers improve rather than simply giving up.

Through a worldwide distribution agreement with Second Chance Ltd, a number of their coaching plans will be available from multiple retailers around the world. The dealers involved are Amazon, American golf, Gulf Galaxy and Mail order golf – all with their best-selling coaching plans, delivering groundbreaking and affordable tuition to millions of golfers worldwide.

In addition, Me And My Golf plans to launch its own branded training aids with up to 5,000 global retailers from 2022.

Andy Proudman notes, “Nobody understands the value of personal golf coaching better than we do based on our experience and the fact that we still enjoy coaching players like Aaron Rai.

“But everyone knows that lessons are not cheap. The only people who can truly avail themselves of personal coaching are those who either have more disposable income or have to make significant sacrifices to afford it.

“We don’t think that’s right, and we don’t think golf will continue to grow in popularity until there is a mainstream, affordable alternative that helps golfers make their golf game as comfortable as possible.”

There will be a total of six coaching plans available from retail partners, including:

Piers Ward echoes Andy’s opinion: “Our online coaching plans are the closest to personal coaching, but at a fraction of the cost.

“If you went through these programs with a coach you would be likely to pay more than £ 1,500 for the same material.

“Why should elite coaching only be available for [the] Minority? Why shouldn’t the average golfer be able to play golf confidently and confidently like others do after class?

“Our online plans give you all of the concepts, exercises and techniques you need to achieve your specific goals via video and take into account all of the different swing errors we see. It means that golfers can take control when they train themselves and gain flexibility and freedom whenever and wherever they want. “

As an additional bonus, all customers who shop at a listed retail partner from October 15 to December 31, 2021 will automatically receive the coaching plan: Secrets for Lower Scores (RRP: € 99) for free. They also automatically enter a competition to win TaylorMade irons, a private Me And My Golf lesson, or one of five pairs of Adidas golf shoes.

← Disc golf reopens at Northwest Vista College, sport booming during the pandemic A better lie will cost you more in Port Orange | news →