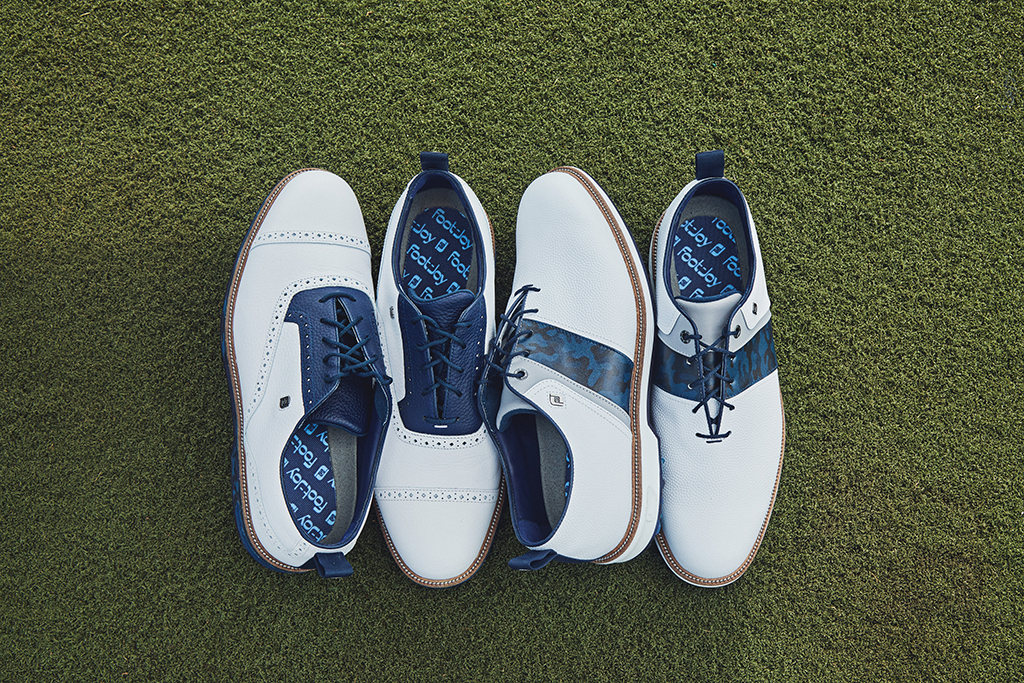 Todd Snyder has teamed up with FootJoy for the second time on a new golf collection.

Called the “Blue Collection,” key patterns for the latest FootJoy x Todd Snyder collaboration include both blue camouflage and a vintage FootJoy logo, with key fabrics including a proprietary pique and performance blend for polos and a stretch seersucker that shows up in drawstring pants and shorts.

As for footwear, the FootJoy x Todd Snyder Premiere Series Shoe is the standout style. Based on the Packard and Tarlow styles, these shoes utilize advanced lightweight materials and the proprietary VersaTrax+ traction technology. The style is available in both the Tarlow style with brogueing on the toes and blue around the laces, and in the Packard style featuring a white leather upper with a blue camo pattern saddle.

According to designer Todd Snyder, both golf and FootJoy have been a part of his life for as long as he can remember. “When I was little, I caddied for my dad and my grandpa,” said Snyder in a statement. “I never had golf shoes until I was big enough to wear my dad’s, and he wore FootJoy. So I associate them with family time and comfort. I still remember how comfortable my dad’s shoes were.”

When he went to design this collection, Snyder referenced pictures of Arnold Palmer and Chi-Chi Rodriguez. “There’s one [photo] of Palmer ripping a tee shot. He’s wearing blue trousers, a blue cardigan and a blue polo with the top-button buttoned. He has this effortless cool that feels very relevant right now. I wanted to take some of those iconic styles — a cardigan, a pique polo — and refresh them with fabrics like our signature camo print, but with the end result being respectable enough and polished enough to go from the back nine to the 19th hole,” added Synder.

Chris Tobias, VP of FootJoy Footwear, added, “We’re very excited about the continued partnership between FootJoy and Todd Snyder. There’s a mutual admiration for authenticity, style and performance in and around the game of golf that excites everyone from new players to the world’s best golfers on tour.”

The FootJoy x Todd Snyder “Blues Collection” will launch Thursday, May 19, at 11:00 am EST and will be available on Footjoy.com, Toddsnyder.com and select Todd Snyder retail locations. 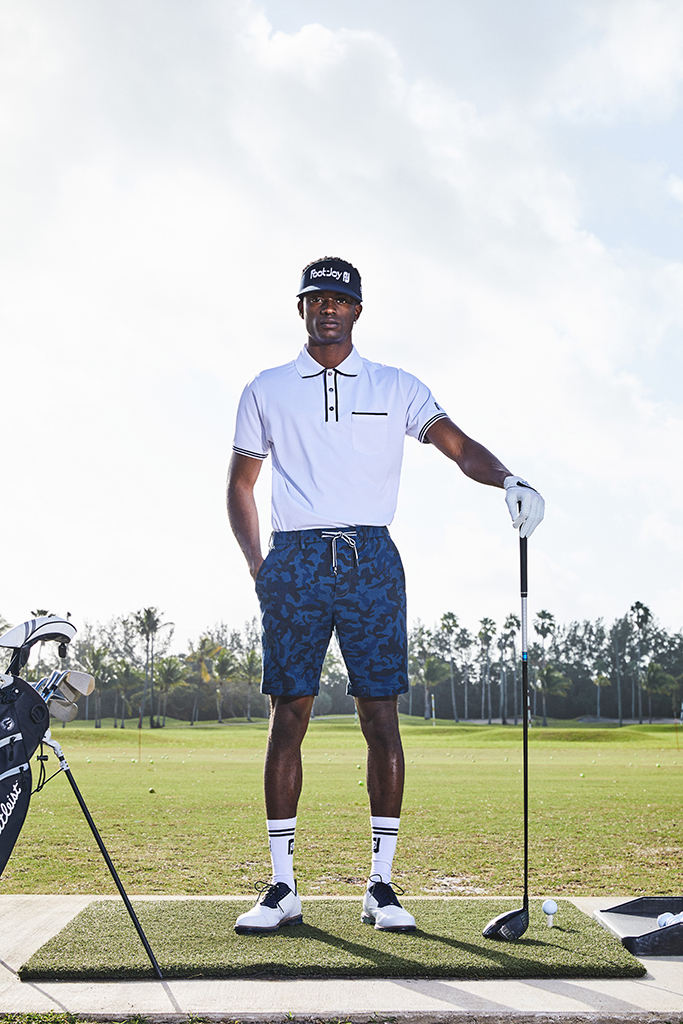